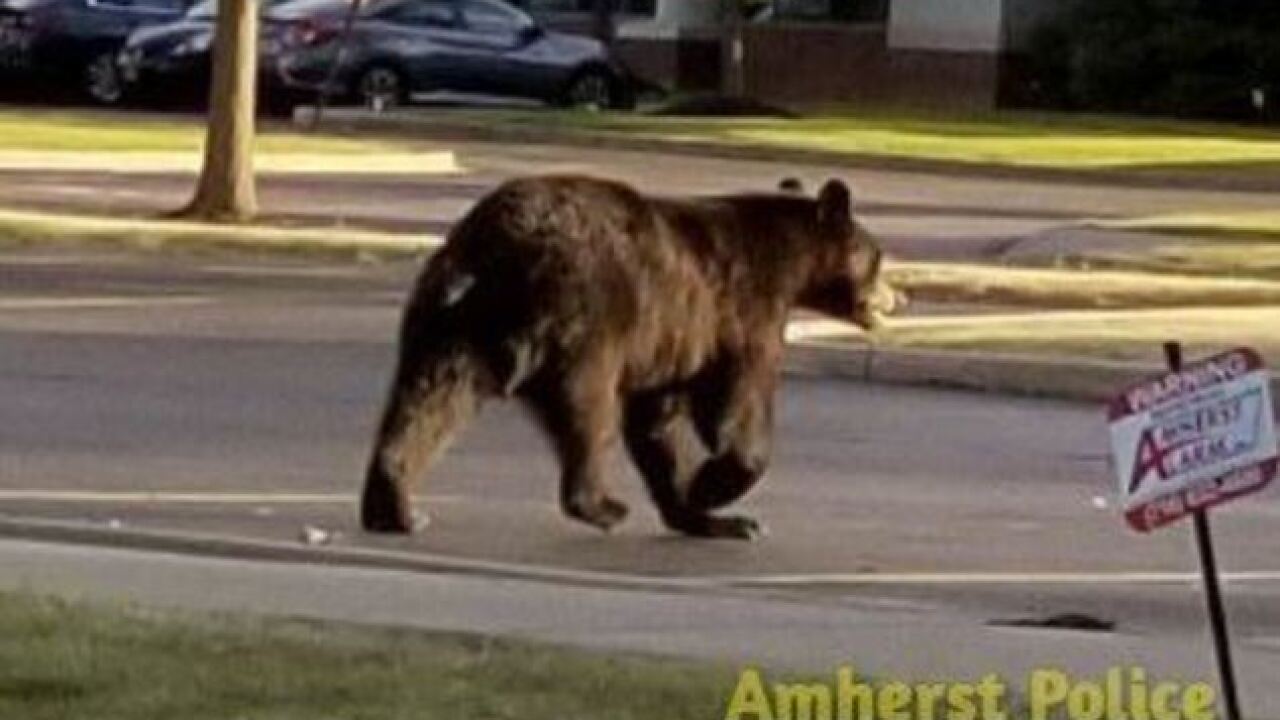 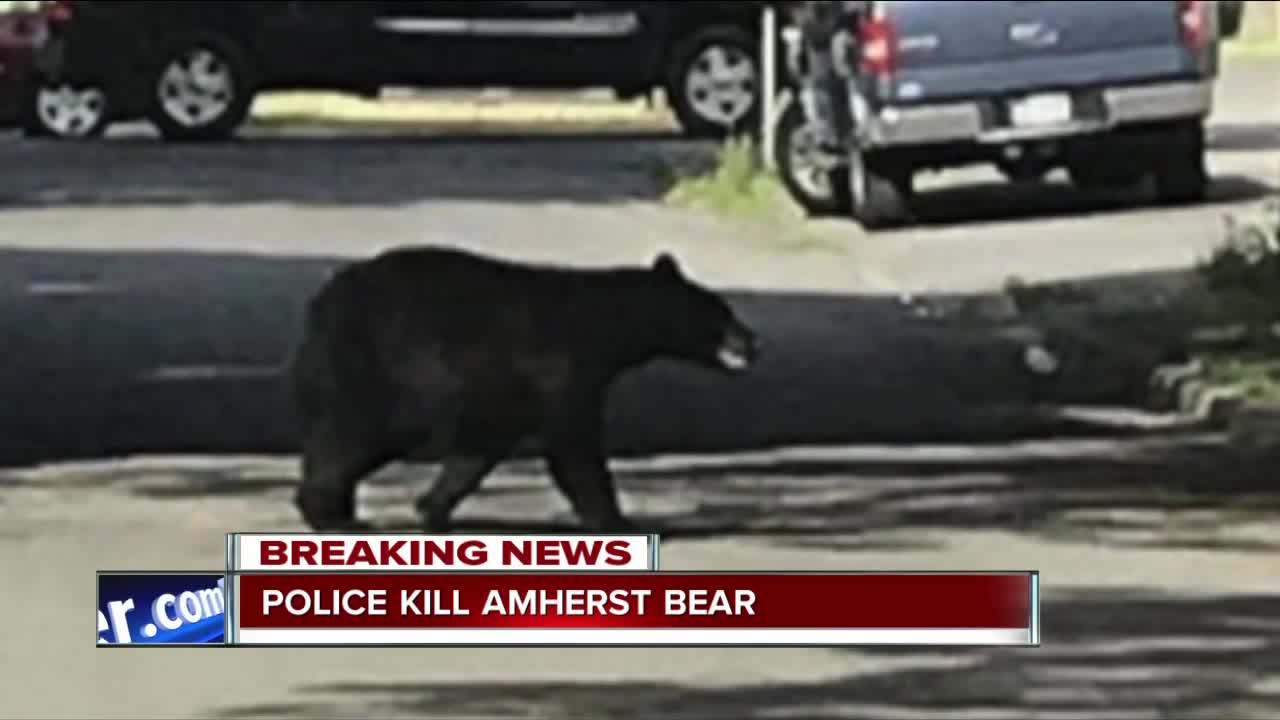 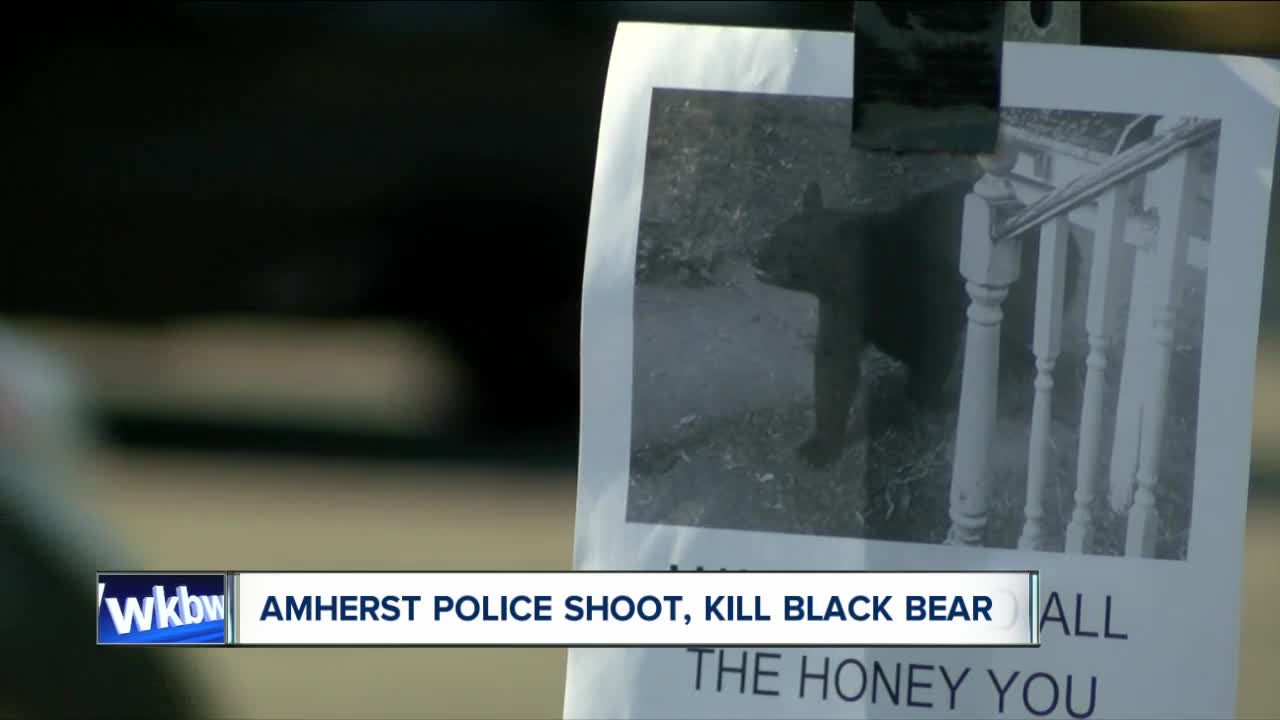 A black bear that's been spotted across the Northtowns has been euthanized by Amherst Police.

Officers were called to the area of Renaissance Drive and Covent Garden Lane on Monday after the bear was spotted on the front lawn of a home. Officers found the bear traveling in a densely populated neighborhood.

Amherst Police determined the bear was unable to move out of the area because of an injured leg after it was hit by a car on the I-990 on June 28.

Officers decided to euthanize the bear because of how close it was to neighbors in the area and the possible dangers it could pose.

"People were out in the area enjoying the nice evening in their backyards and such," said Amherst Police Captain James McNamara. "As we had for the past month, we contacted folks, went door-to-door to warn people of the dangers of the bear, to secure their food sources, to move their children and small pets inside. Unfortunately the bear kept in and about in and around the neighborhood, in and out of yards. The officers felt it was a danger to the public so they euthanized it."

7 Eyewitness News has learned the DEC planned to attempt to trap the bear on Tuesday with Amherst Animal Control, however it ultimately up to local police agencies to do what's best to ensure public safety.

The move, was met with mixed reaction from community members, many of whom had begun to consider the bear a neighbor.

"We're all saddened," said Captain McNamara. "We spent a month monitoring this bear, allowing it to move about and hopefully find a less populated area, better surroundings for it."