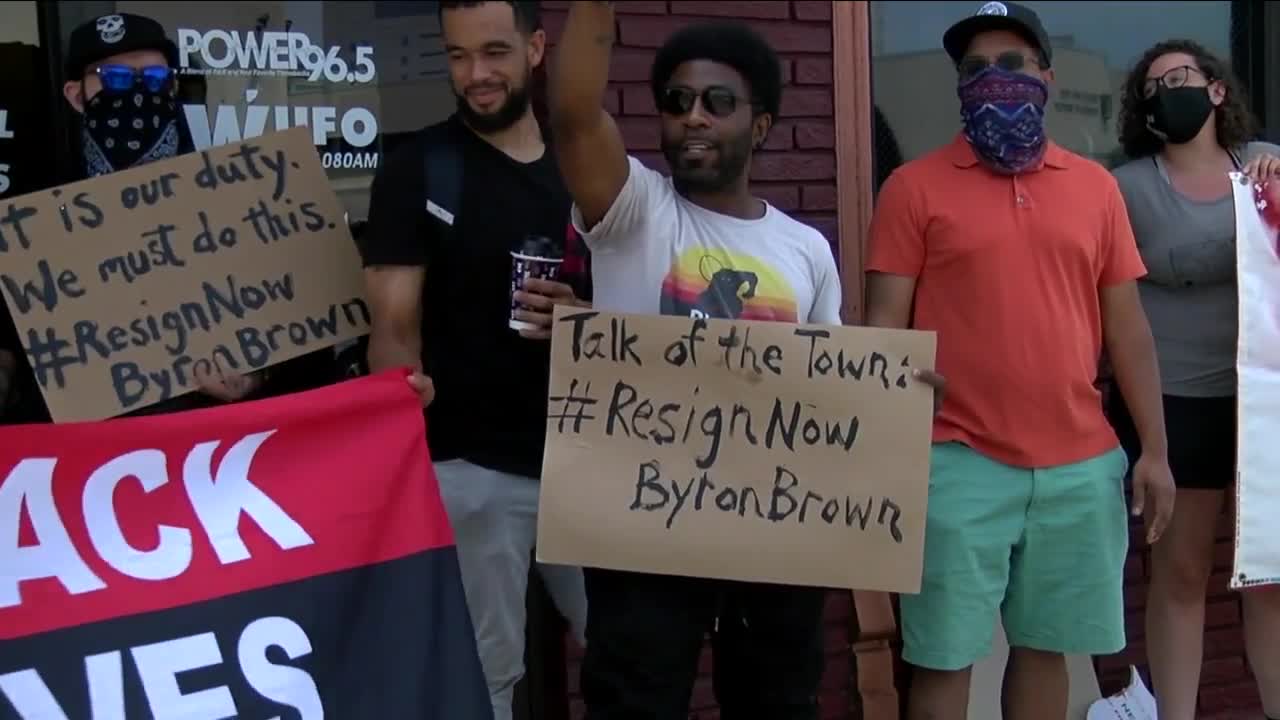 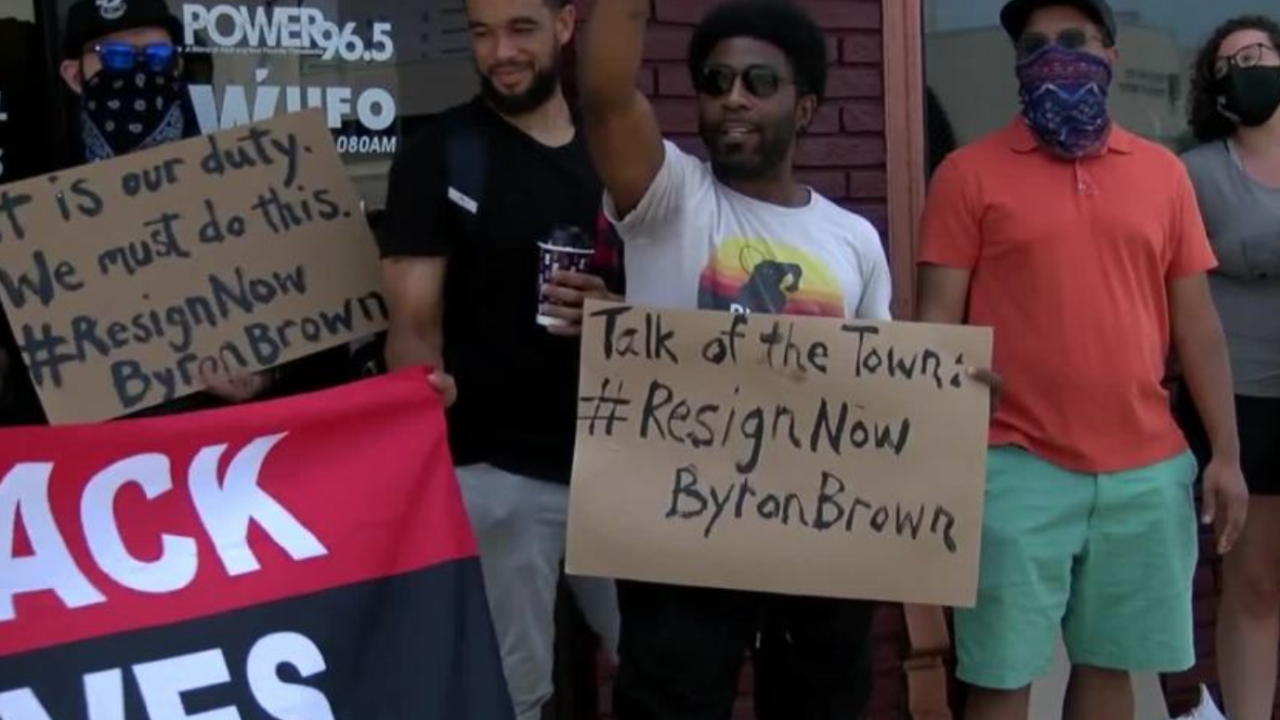 BUFFALO, N.Y. (WKBW) — Dozens called for Mayor Byron Brown to resign, Sunday. A group called "Resign Now Byron Brown" protested outside of the WUFO radio station, while the mayor spoke on the show, "Talk of the Town."

Protesters say the mayor's recent call for police reform isn't enough. They also want Cariol Horne to receive a pension. She's the Buffalo police officer who was fired in 2008 for stopping another officer from choking a man in handcuffs.

A spokesperson for the City of Buffalo said Middlebrooks was banging on the mayor's car with his fists as he left the radio station.

The mayor would not comment further Sunday on Horne's lack of a pension. The city spokesperson says, the mayor's stance hasn't changed since he addressed reporters in June.

“The arbitrator, that officer Horne went before, recommended that she be terminated and she was terminated based on that arbitrator's recommendation. I didn’t terminate her. She went through a process that she called for and was terminated. The police that worked with her at the time, and some of them have their own problems, they did not agree that she was operating to save someone's life,” said Mayor Byron Brown at a media conference on June 10th.

Brown said he offered Officer Horne a job with the city, but says, she turned that job down.