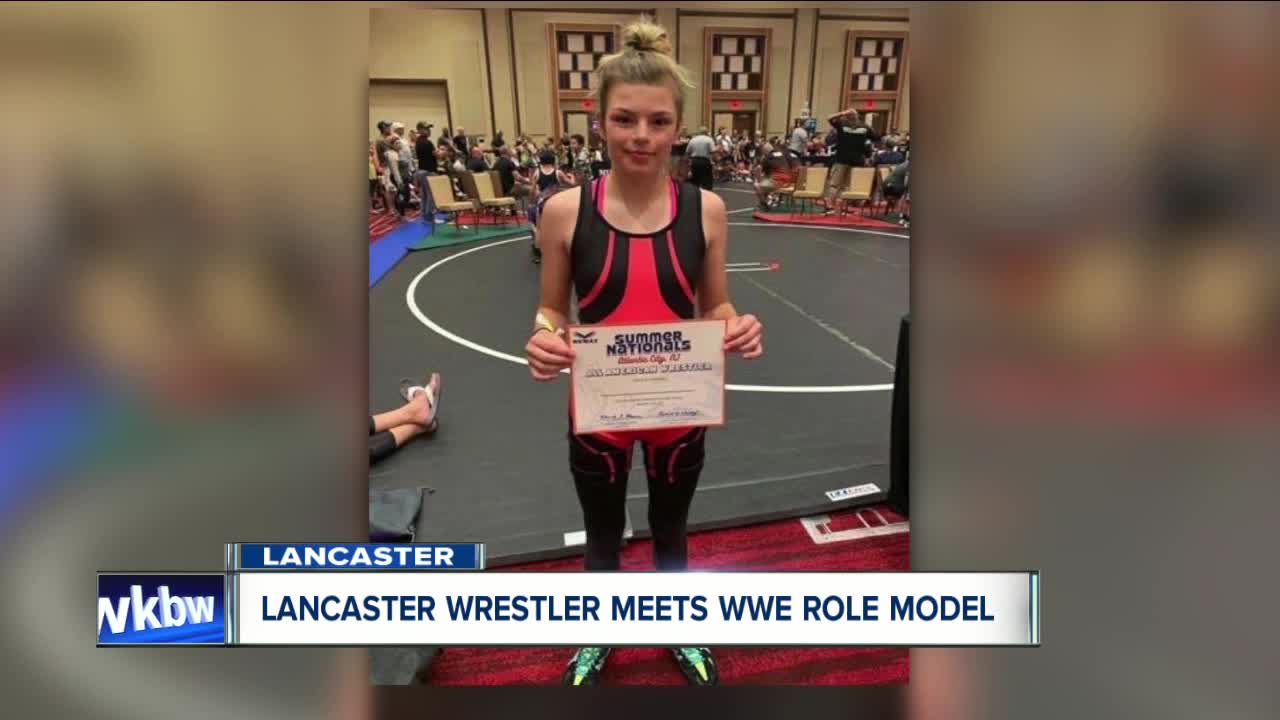 The newest member of Lancaster High School's wrestling team, 12-year old Trista Blasz, got the chance to meet the woman she watched wrestle on WWE growing up. Beth Copland is known as WWE Hall of Famer Beth Phoenix.

LANCASTER, N.Y. (WKBW) — The newest member of Lancaster High School's wrestling team, 12-year old Trista Blasz, got the chance to meet the woman she watched wrestle on WWE growing up. Beth Copland is known as WWE Hall of Famer Beth Phoenix. She's from Elmira but went to college in Buffalo. She said when she saw Blasz's story, she couldn't help but reach out.

Can anyone help me get in touch with Trista Blasz (or her mom) of Lancaster, NY? See Story below: https://t.co/jK8Y7zwyYa

"I was so inspired by you and your passion for persuing this sport I wanted to reach out and see how you were doing and support your cause," Copland told Blasz.

Trista was denied the opportunity to wrestle by the former Lancaster Schools Medical Director Dr. Michael Terranova, despite passing both physical tests required to make it on the team. On her physical maturity form, he wrote, "girls don't play boys sports in Lancaster schools." When it came time for a state required panel, Dr. Terranova and a physical education teacher both said no.

The Lancaster School Board called an emergency meeting after 7 Eyewitness News covered Trista's story. They decided to remove Dr. Terranova from his position. A new panel convened. The group of three decided to allow Trista on the wrestling team.

That's what Copland did when she was in the same position.

"It was the same thing. There was just not a ton of support if I wanted to scrimmage or work with club sports. I had to wrestle the boys and there's a lot of tension and stress surrounding that," Copland said.

Blasz has always looked up to Copland.

"I used to watch it and I used to watch her on YouTube and stuff," said Blasz, "Because like of how good of a wrestler she is... and how she went through the same thing," Blasz said.

Copland works with Wrestle Like a Girl to advocate for girls wrestling teams so girls no longer have to wrestle with boys.

"I just feel that the more opportunities there are for young ladies the more we're going to see interest in this sport as well," Cobland said.