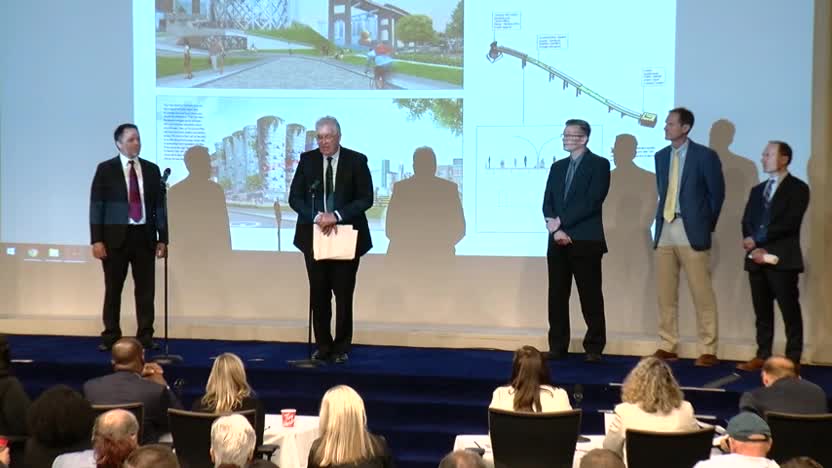 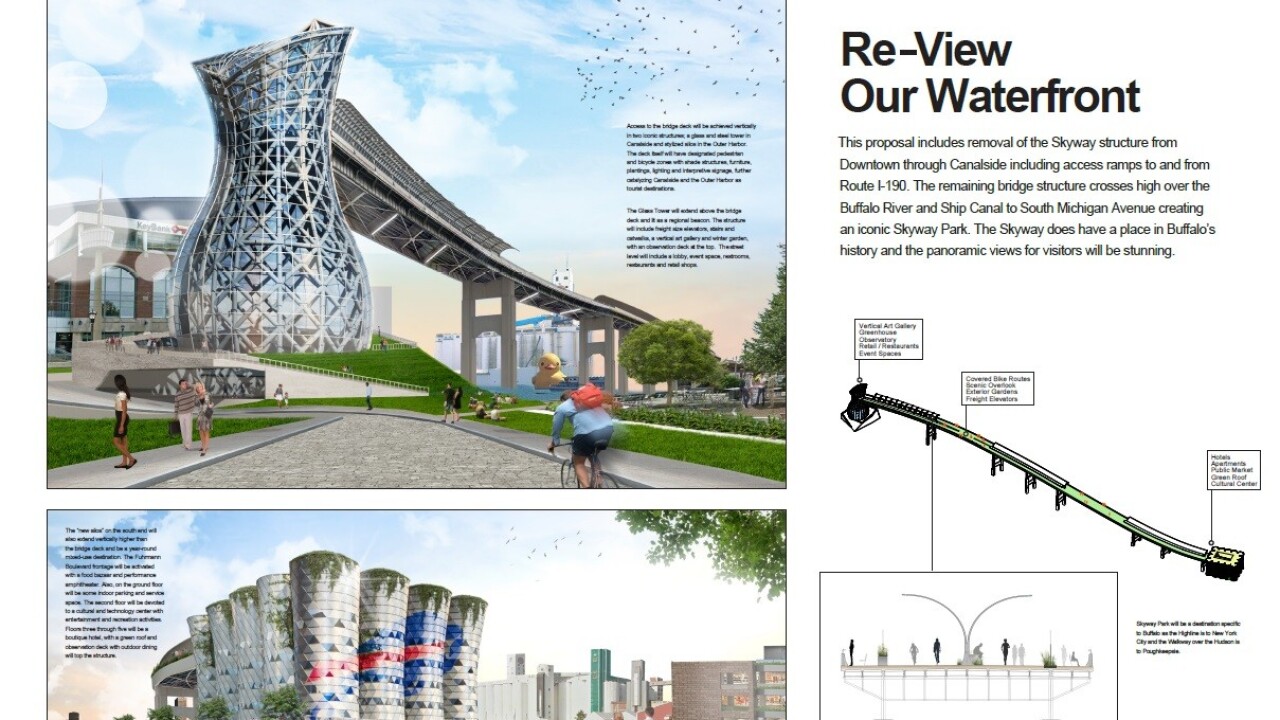 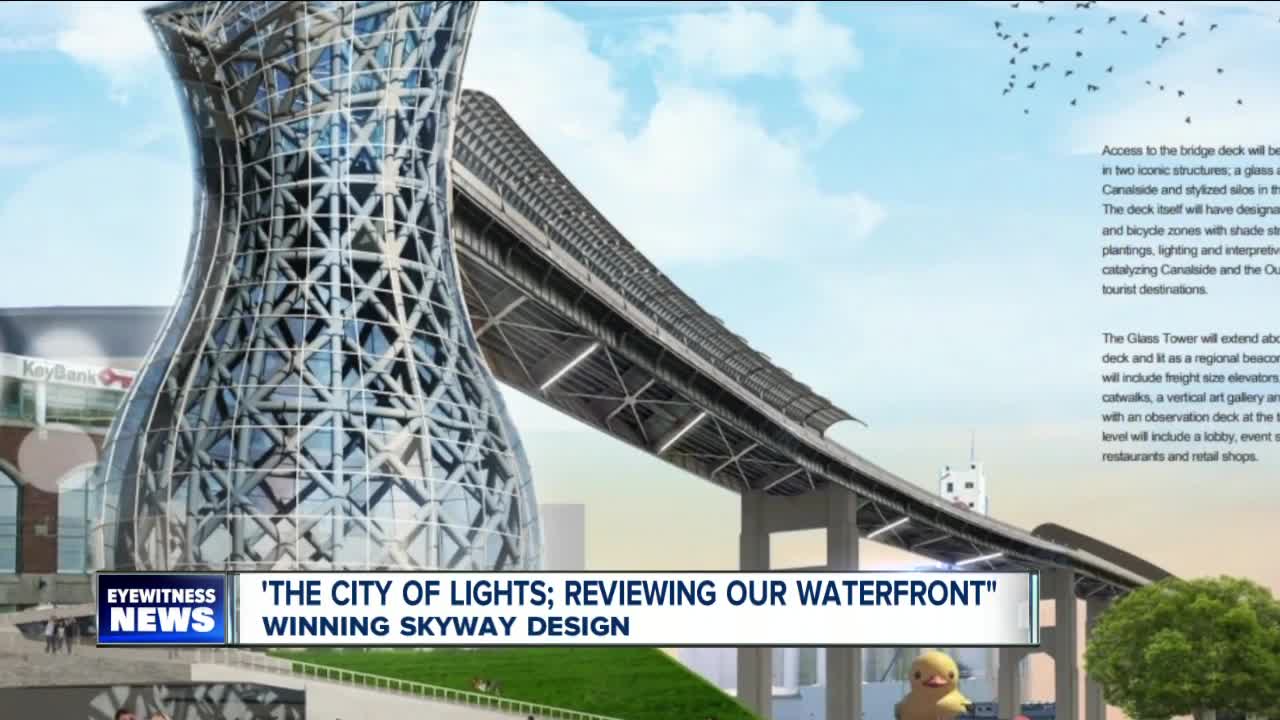 BUFFALO, N.Y. (WKBW) — We have a winner. Officials announced the City of Lights: Owning Our Waterfront design won the Buffalo Skyway competition.

“Taking home $100,000 is an idea that proposes removing the Skyway with traffic being redistributed over a series of new facilities, a piece of the Skyway high level bridge would be re-purposed as a Skyway park which would provide iconic views and recreational amenities. The city of lights-reviewing our waterfront team from Rochester, New York is our first place winner,” declared Howard Zemsky, Empire State Development.

The design removes the Skyway and its access ramps. The Skyway will become a high-level bridge called "Skyway Park," and give visitors views of the water and recreational amenities. SWBR, Fisher Associates and MRB Group-- a Rochester based company came up with the design.

“And we think getting two million visitors and residents to the water is a very important goal – important achievement,” said Bill Price, SWBR, winning design team.

The design does take into account the many, daily commuters who rely on the Skyway into downtown.

It would create a new Tift street extension and add a new lift bridge at south Michigan Street.

“There is a lot of traffic – we analyzed both the totally volume as well as the peak hour volumes so we know that we can distribute that is currently there but we also think that over the next 20 to 30 years that type of commuter traffic is going to start to wane and dissipate,” Price explained.

Governor Andrew Cuomo appeared at Tuesday’s event and offered his confidence this project will move forward.

“I believe Howard Zemsky’s is going to beat the bureaucracy and he’s going to work this project with the fastest timeline for any project every done of this magnitude – ever,” Cuomo remarked.

The governor has pledged $10-million for an environmental impact study to begin.

The rest of the funding would be a combination of state and federal dollars...but the price tag for this project is a whopping $330 million which begs the question, how will lawmakers secure the funds and make the project a reality.

“How are you going to get it done?” Buckley asked. “Well, I think the $10-million investment for the environmental impact study makes sure we sustain the momentum we have right now - that’s a commitment that the Governor Made right here,” Congressman Brian Higgins responded.

For years Higgins has called for removal and changes to the Skyway. Congressman Higgins says the impact study would start "right away" and last two years. In the meantime, he says he will work to federal transportation funding.

The competition for re-vamp Buffalo's Skyway Corridor was narrowed down to a list of nine finalists Monday from an original list of 16, including two designs from Western New York companies.