Oishei Children's Hospital thanks #BillsMafia with banner as donations surpass $445,000 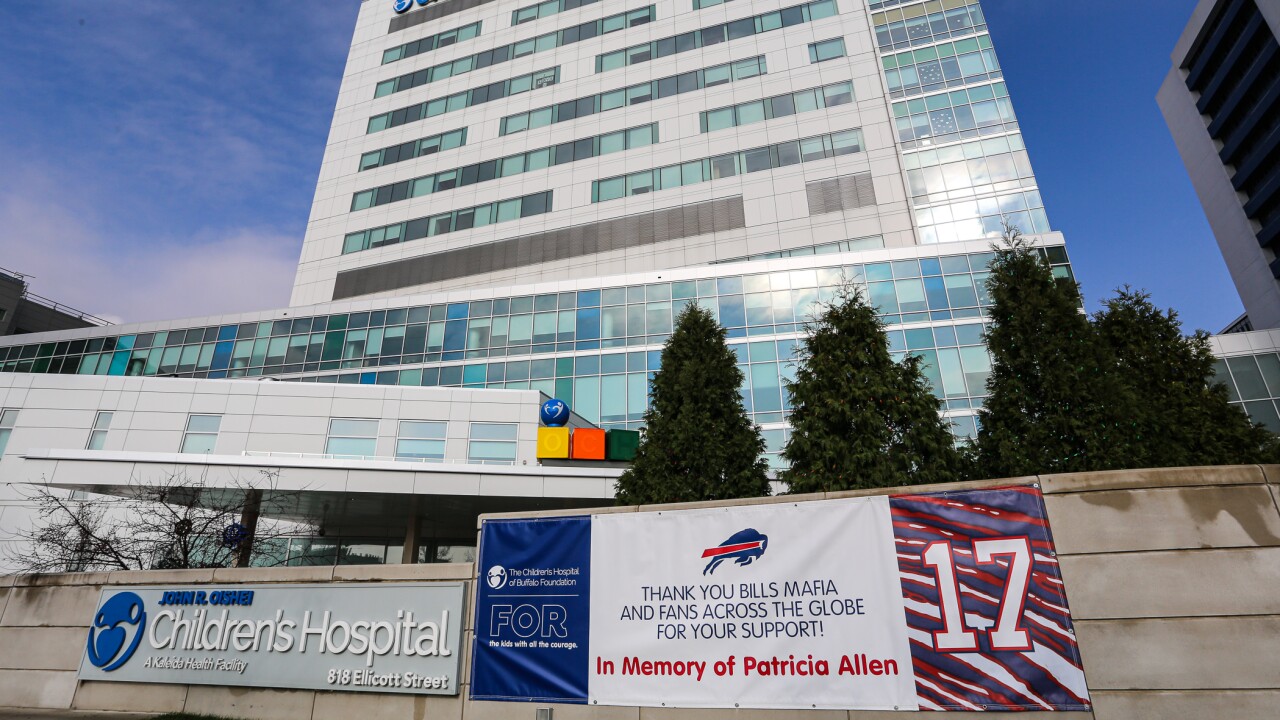 BUFFALO, N.Y. (WKBW) — Oishei Children's Hospital has a new banner in front of its facilities thanking Bills fans for their donations in memory of quarterback Josh Allen's grandmother, Patricia Allen.

Allen's grandmother passed away last weekend, but Bills fans were not aware of her passing until after Allen delivered an outstanding performance in the Bills' victory over the Seattle Seahawks.

On Wednesday, Allen responded to the outpouring of support in a Zoom call with local media, saying in part, "I don't ever want to leave."

As of 3 p.m. on Friday, donations had surpassed $446,000. In response, Oishei Children's Hospital has put up signage thanking fans for their support. In addition, children at the hospital have created handmade cards for Josh Allen.