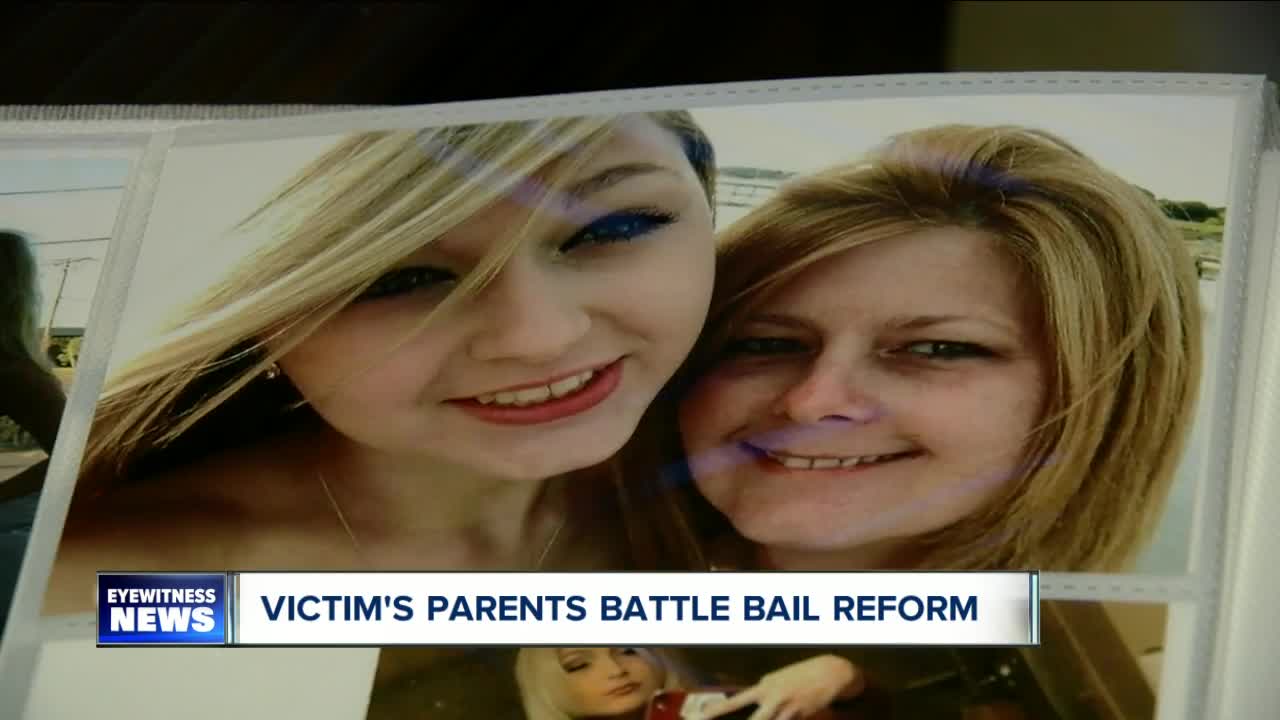 The Wierzbicki Family joined forces with Assemblyman Pat Burke who sponsored the "Justice for Rachael Act."

BUFFALO, N.Y. (WKBW) — Rachael Wierzbicki was a 22-year-old Orchard Park native and Erie Community College graduate. She was hoping to one day become a social worker.

"Rachael didn't walk into a room, she kind of burst into a room...she made you feel like you were the only person in the room," Rachael's dad, Mark Wierzbicki, said.

But in November 2018, Wierzbicki's life was cut short. She was killed in South Buffalo five days after Thanksgiving.

"The doctor said your daughter died and I'm like no, not my daughter. She didn't die. I wasn't comprehending what he was saying. I was not comprehending," Rachael's mom, Lauri Wierzbicki, said.

Investigators say her ex-boyfriend Shane Casado shot and killed her. He was charged with second degree murder. In February, he was arraigned and remanded without bail. But weeks later in March, that changed. It was then he was granted bail of $175,000 and posted it in that same day.

It was several days later, the judge reversed the bail decision and he was brought back into custody.

The Wierzbickis are trying to prevent this from happening again. They joined forces with Assemblyman Pat Burke who sponsored the "Justice for Rachael Act."

"It allows prosecutors to appeal to a judge to do a quote unquote dangerousness hearing where they can present evidence on why someone should be held pretrial," Assemblyman Burke said. He continued, "We can never bring Rachael back and never fix what happened to her, but to do something in her honor and in her name, I think it is important."

Burke said the original legislation was in direct response to the situation at hand, but was redrafted several times to broaden support.