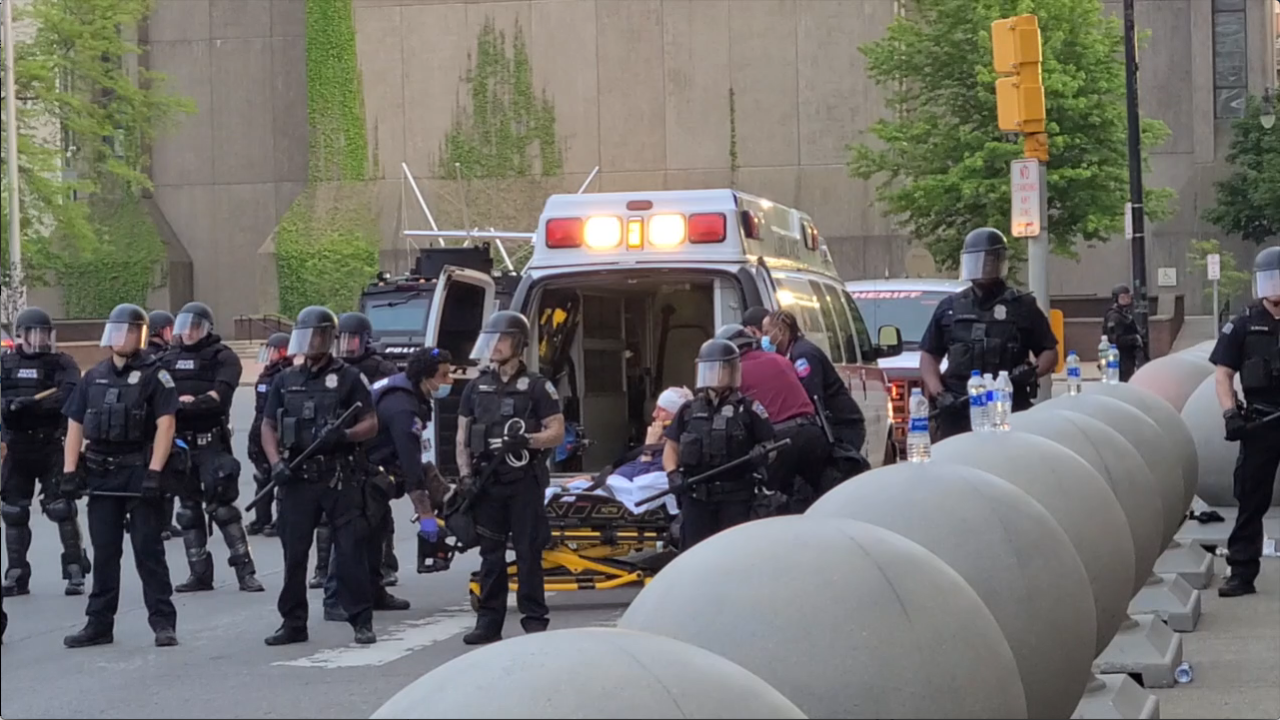 BUFFALO, N.Y. (WKBW) — The entire force of the Buffalo Police Emergency Response Team has resigned as of Friday afternoon, in support of the two officers who were suspended without pay following an incident in Niagara Square on Thursday evening.

Just after curfew, 75-year-old Martin Gugino was shoved by officers, causing him to fall to the ground. Gugino is in serious condition at ECMC.

The 57 officers have not resigned from the department and will keep their jobs, they have only resigned from their roles on the Emergency Response Team. A Buffalo PBA representative tells 7 Eyewitness News anchor Hannah Buehler "these officers were simply following orders given by DPC Joe Gramaglia to clear the Square."

THREAD: I am told it is the ENTIRE Emergency Reaponse team. The Union tells me it fully understands their “disgust” “These officers were simply following orders given by DPC Joe Gramaglia to clear the Square” @wkbw

While the PBA representative classified the resignation as a "show of support" for the two suspended officers, 7 Eyewitness News spoke to two ERT members, on the condition they not be named, who said that was not the reason they resigned.

7 Eyewitness News has obtained a copy of the email sent by Buffalo Police Benevolent Association President John Evans, indicating the PBA would no longer pay for the legal defense of members of the ERT or SWAT teams in relation to the protests.

The decision of the officers to resign was announced a few hours after this email was sent. The email also references "mistreatment of PO Corey Krug." Krug was charged with deprivation of constitutional rights and found not guilty last year, in connection to a 2014 incident caught on camera by a 7 Eyewitness News photojournalist.

It is unclear how the department intends to fill the role of this team in future protests, but Mayor Byron Brown did say in a statement that plans were in place.

The City of Buffalo is aware of developments related to the work assignments of certain members of the Buffalo police force. At this time, we can confirm that contingency plans are in place to maintain police services and ensure public safety within our community. The Buffalo police continue to actively work with the New York State Police and other cooperating agencies.

As a longstanding member of the City of Buffalo Police Department, I know that our officers are fully committed to serving and protecting our community. While some officers have chosen to remove themselves from a voluntary assignment with the ERT, it's important to note that no officers have actually resigned from the police force. I want to reassure our citizens that they will be protected in any peaceful gatherings that ensue and our department remains focused on the security of the community.

In addition to the suspensions, Erie County District Attorney John Flynn's office is also investigating the incident and will determine whether the two suspended officers will be charged.