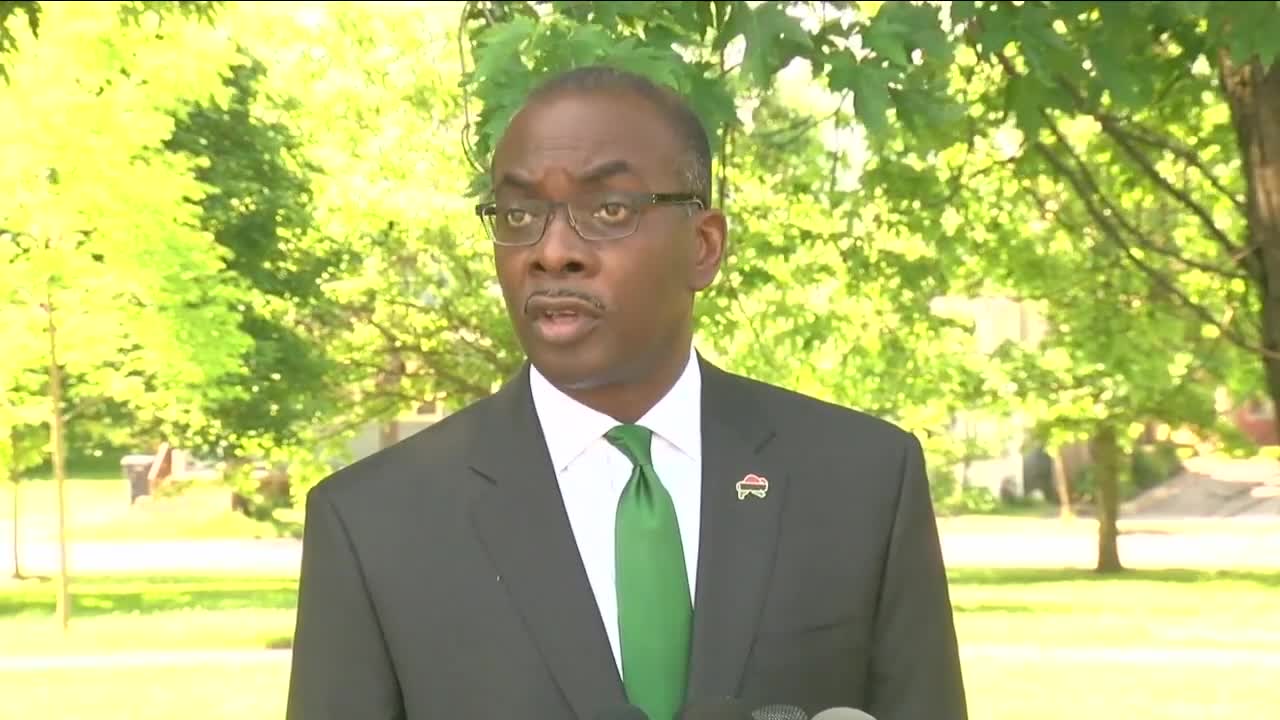 Buffalo Mayor Byron W. Brown has pledged transparency when it comes to police reform, but the mayor of New York City has already gone much farther, announcing that he will create a public, online database of police disciplinary records.

“Our reform agenda will make [the] Buffalo Police Department’s practices and policies more transparent and available to the general public,” Brown said at a June 10 news conference announcing reform efforts.

But the mayor of New York City has already gone much farther, announcing Wednesday that he will create a public, online database of police disciplinary records for every sworn officer in the NYPD.

New York City will begin to publish the decisions in police officers’ disciplinary trials as they happen, according to POLITICO New York. It will also create “a comprehensive online system with every police officer and their disciplinary history.”

“What Mayor DeBlasio has done is increased transparency for the residents of his city,” said De’Jon Hall, a member of the Buffalo Police Advisory Board. “It’s something that we think should happen here in Buffalo as well.”

Hall’s group supports the idea -- along with other reforms such as a re-writing of the police department’s use of force policy and more legal powers for the advisory board -- because it means citizens would not have to file requests under the Freedom of Information Law, which often take months to resolve.

7 Eyewitness News on Friday asked Brown whether he would also post a database of disciplinary measures and the results of internal trials, as is being done in New York City.

“No one has called for it at this point, but we’re certainly open to it,” Brown said. “We’re listening to all of the ideas that members of the community are bringing forward right now. It sounds like it could be a very good idea so that that information does not have to be FOILed. It would be something that our Law Department would have to look at, but I’m certainly very open to it.”

Hall said he was disappointed that the mayor wouldn’t give a harder commitment.

“I think it would have been great to hear that mayor say that it’s something he will proactively do without the public calling for it,” Hall said. “I think that would be a great sign of leadership in showing that he really hears the people when they say they want transparency.”

Orlando Dickson, also a member of the Police Advisory Board, wanted to make one thing clear in light of the mayor’s comments.

“So unequivocally, the Police Advisory Board requests that Mayor Brown enacts these exact things that Mayor DeBlasio is enacting,” Dickson said.

Dickson said publishing the results of internal charges and trials against sworn officers -- dozens of which have taken place in the last few years in secret -- is not about making officers look bad.

“I think that goes against this narrative that, you know, everybody who wants police reforms dislikes cops, because it really isn’t that,” Dickson said. “It’s really just wanting cops to do the right thing.”

Disclosing the punishments for police misconduct also will help the public evaluate whether the police department’s internal system of resolving issues is just.

“OK, how were they punished?” he said. “Because if they were given one day without pay, I don’t know if that’s really commensurate with the action that they took.”

The issue has gained attention because in the wake of George Floyd’s alleged murder, Gov. Andrew Cuomo this month signed the repeal of Civil Rights Law 50-a, which previously kept all police personnel records secret.

Under Brown, the City of Buffalo Law Department has fought the release of controversial police records before, like the 2016 beating of an inmate by a Buffalo City Court jail attendant.

It took the city nearly three years -- and lawsuits by The Buffalo News and WKBW -- to release the video, which showed that two Buffalo police officers stood by and did nothing while the black inmate was pushed to the ground and dragged through the jail.

Asked how transparent his administration was going to be in light of the repeal of Civil Rights Law 50-a, Brown said, “We will be as transparent as the law allows us to be...As these laws change and evolve and allow for more transparency, Buffalo will change as well.”

With decades of Buffalo Police records that were shrouded in secrecy about to become public, Hall said a public database only makes sense.

“The state took the first step of repealing 50-a,” he said. “DeBlasio has done a great job of furthering that act by creating the database. And that’s exactly what we’re calling for here.”