Another Buffalo daycare shut down, provider planning to appeal 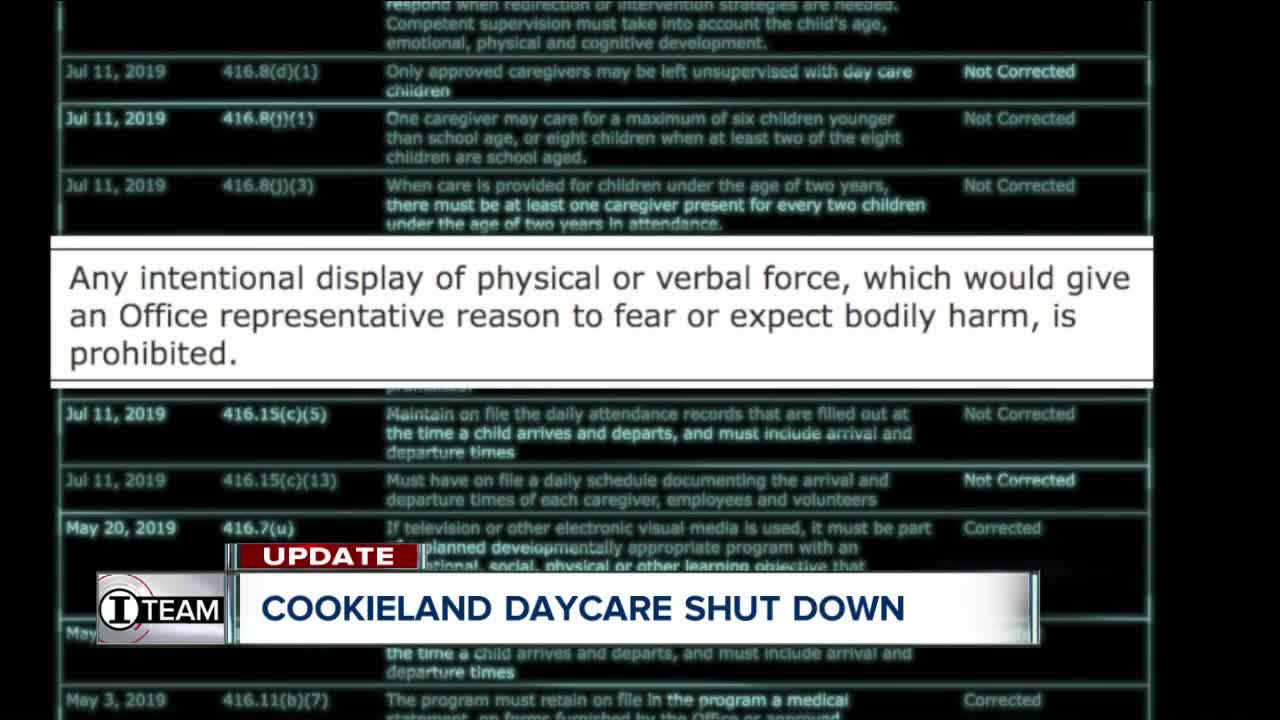 Cookieland daycare, on Buffalo's east side has been closed by the state office of child and family services.

BUFFALO, N.Y. (WKBW) — The 7 Eyewitness News I-Team has now learned another small daycare, CookieLand Daycare, on Buffalo's east side, has been closed by the New York State Office of Child and Family Services.

Vivian Barton was the first provider we interviewed in August, as part of our Investigation Daycare series.

She tells us, New York State shut her down on Friday and that she was planning to "appeal that decision."

Barton faced violations for having an improper child/caregiver ratio and was cited for "Any intentional display of physical or verbal force which would give a state inspector reason to fear or expect bodily harm, is prohibited."

In August, Barton said the inspector was talking about her husband.

"He said, are you giving my wife a hard time? And she said 'no, I'm not and back up away from my car. So I said, 'Ronnie just forget it let it go,'" Barton said. "She was already pissed off because of her inspection with me. I had pissed her off i could tell. She was intimidated. Why? I don't know... because she was going through my house like narcos looking for drugs."

Despite those violations, she was allowed to continue operating.

In August, prior to closure, OCFS told us:

"The program’s history of non-compliance prompted OCFS to move to revoke the license and notify the operator they may request a hearing within 30 days, where they can present any corrections to violations. OCFS will continue thorough monitoring of this facility throughout the enforcement process to see that children’s safety is not in imminent danger."

In a statement sent to the I-Team regarding the closure OCFS says, "The New York State Office of Children and Family Services moved to revoke the provider's license due to a history of non-compliance with state health and safety regulations. The provider requested and received a hearing. The administrative judge affirmed OCFS‘ findings and the program was closed."