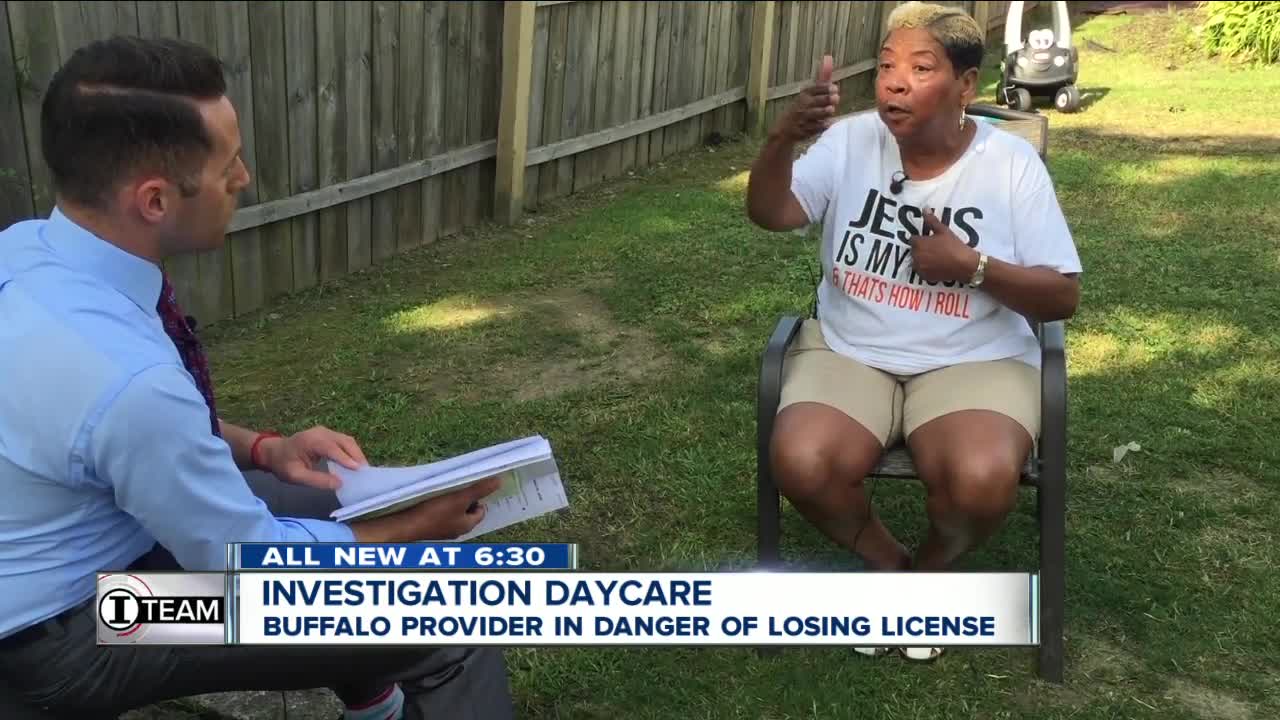 The owner of Cookieland Daycare in Buffalo is in danger of losing her license, because of several violations from the state. BUFFALO, N.Y. (WKBW) — Across New York State, inspectors travel to different daycare centers, checking in and making sure they're meeting certain standards. When those centers don't meet the criteria, set forth by the state, the owners face serious consequences.

That's why we're setting up 'Investigation Daycare'. We're looking into centers that face the real possibility of closure, because of pending violations.

Inside Cookieland Daycare, on Barthel Street in Buffalo, Vivian Barton could have her provider license revoked. Barton, the owner, faces more than a dozen violations found last month.

"I've learned a lesson from this; absolutely," Barton said.

Some of the violations found include leaving children without competent supervision. That means the proper child/adult ratios were disregarded and children were left with a caregiver, who was watching too many children.

In this case, Barton is allowed to watch 12 children (ages 6 weeks to 12 years) and four additional school-aged children. The state says "there must be one caregiver for every two children under the age of two years in attendance."

Beyond that, one violation on this list says, "Any intentional display of physical or verbal force, which would give a [state inspector] reason to fear or expect bodily harm, is prohibited."

"She's talking about my husband," Barton said. "He said, 'are you giving my wife a hard time? She said 'no, I'm not and back up away from my car.' She was already mad because of her inspection with me. I had pissed her off, I could tell. She was intimidated. Why? I don't know. She was going through my house like narcos looking for drugs...I mean that was the extreme."

As a result of these two violations, and others, the state told the I-Team:

"The program’s history of non-compliance prompted OCFS to move to revoke the license and notify the operator they may request a hearing within 30 days, where they can present any corrections to violations. OCFS will continue thorough monitoring of this facility throughout the enforcement process to see that children’s safety is not in imminent danger."

To see the violations found inside this daycare, click here.

If there's a daycare you'd like to have Ed investigate, send an email to ed.drantch@wkbw.com, or send him a Facebook message.