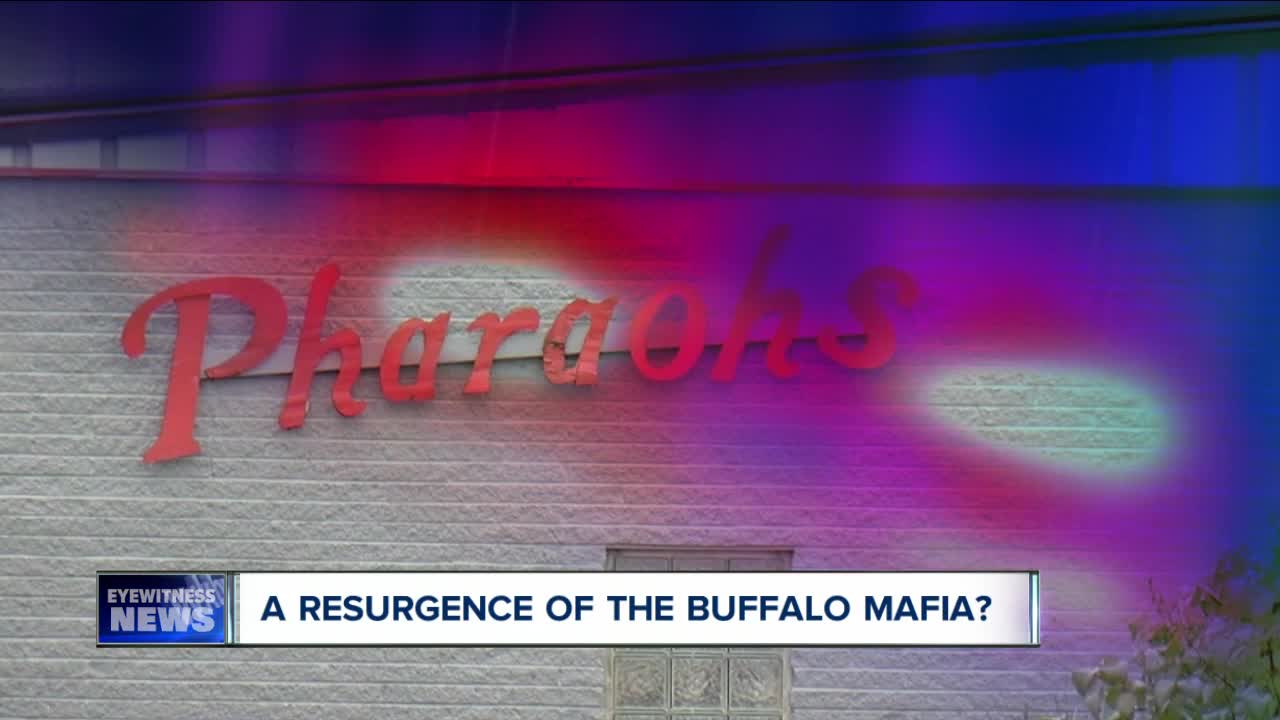 Documents obtained by the 7 Eyewitness News I-Team show two recent developments are part of a wider federal investigation into the possible re-emergence of organized crime in Buffalo.

Last week, the feds followed up with a raid at Pharaoh’s Gentleman’s Club in Cheektowaga. The strip club is operated by Peter Gerace, who is related to the Todaro family that the FBI accused decades ago of running the Buffalo mob (the Todaros denied the charges).

But documents obtained by the 7 Eyewitness News I-Team show these recent developments are part of a wider federal investigation into the possible re-emergence of organized crime in Buffalo.

And they’ve left many to wonder: is the Buffalo Mafia actually dead? Or has it somehow come back to life?

“I would have trouble believing that there is an organized crime family in Buffalo,” said Lee Coppola, an expert on the Buffalo Mafia who broke stories on organized crime as a former Buffalo News and WKBW-TV reporter.

During his reporting, Coppola once knocked on the door of Stefano Magaddino, the now-deceased crime boss from Niagara County who wielded immense power in the underworld as head of the Buffalo mob.

“He’s been ancient history for 40 years,” Coppola said in a recent interview.

The organization Magaddino once ran died a slow death, Coppola said, hastened by a loss of revenue, crime figures who no longer practiced a code of silence and federal prosecution like the probe in the 1990s that purged crime figures from the ranks of Laborers Local 210.

Coppola said prosecutors may be grasping in their attempts to connect current criminal activity to the old crime syndicate. A spokeswoman for U.S. Attorney J.P. Kennedy did not respond to a request for comment.

“What happens a lot of times is that there are criminal elements, people who commit crimes or people who are investigated for crimes,” he said. “And if they happen to have a last name that ends in a vowel, the tendency is to say, ‘Oh, there's a criminal crime family, La Cosa Nostra,’ the mafia is thriving and growing. I have trouble believing that.”

Attorney Joel Daniels, who represents Gerace, said, “there are no mafia ties” to his client. Attorney Paul Cambria, who represents Bongiovanni, said last month that the mafia references in Bongiovanni’s indictment make for sensational headlines but are not grounded in fact.

He acknowledged the Buffalo crime family was weakened in the 1990s and 2000s, but said recent gangland-style killings in Canada show they are starting to become active again.

The Buffalo gangsters now are “nothing more than a satellite family to control Ontario and parts of Montreal,” Manning said.

New York City crime families, he said, are using Buffalo underworld figures to fight a “proxy war” in Canada because they are hoping to tap into the 9 million people in the country’s “Golden Horseshoe” region.

“You've got a reemergence because there's so much profit to be made north of the Border,” Manning said.

Manning has direct knowledge of mafia efforts to infiltrate law enforcement. As a police officer, he went undercover in the mob, an experience that nearly cost him his life . He said he was betrayed by crooked Hamilton officers and nearly killed by a mob hit. He is now suing the Hamilton government.

The allegations against Bongiovanni, the former DEA agent, follow the same pattern, and the I-Team has learned that Bongiovanni is not the only police officer suspected of breaking the law.

“It also confirms that we do have a problem with law enforcement working for the other side,” Manning said.

Watch 7 Eyewitness News at 11 p.m. for more information on this story.