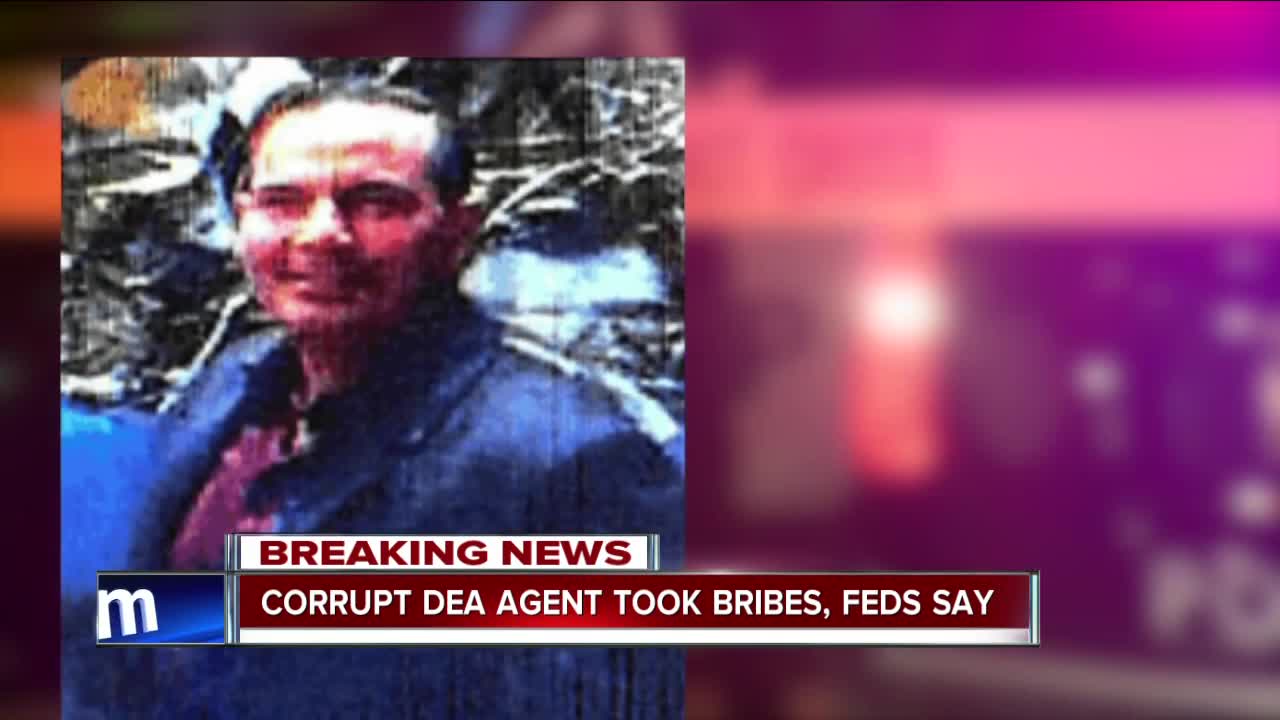 Joseph Bongiovanni, a federal agent with the Drug Enforcement Administration, was supposed to be stopping the flow of drugs into Western New York. But federal prosecutors say Bongiovanni was doing the opposite.

BUFFALO, N.Y. (WKBW) — Joseph Bongiovanni, a federal agent with the Drug Enforcement Administration, was supposed to be stopping the flow of drugs into Western New York.

But federal prosecutors say Bongiovanni was doing the opposite.

For more than a decade, the DEA agent orchestrated a corrupt scheme in which he protected his drug-dealing friends who had ties to the Buffalo Mafia, prosecutors say.

In exchange for the protection, the drug dealers paid Bongiovanni more than $250,000 in bribes, according to an indictment unsealed Tuesday morning and obtained exclusively by the 7 Eyewitness News I-Team.

From 2008 to 2017, the DEA agent “provided information about investigations, including the status of specific investigative techniques, potential witnesses, and confidential sources during routine recurring meetings with drug traffickers who were paying him bribes,” stated the indictment, which was filed under seal in federal court last week.

The indictment, secured by U.S. Attorney J.P. Kennedy, states that Bongiovanni protected his drug-dealing friends from federal investigations as they distributed 1,000 kilograms of marijuana and cocaine on the streets of Western New York.

Bongiovanni also shut down criminal investigations by other agents relating to his friends, and even dissuaded witnesses from providing information to a grand jury that would have implicated those friends in their drug trafficking operations, the document states.

Bongiovanni’s friends, the indictment states, included “individuals he believed to be members of, connected to, or associated with Italian Organized Crime (IOC) in the Western District of New York and elsewhere.”

That line — suggesting a resurgence of the Buffalo Mafia, thought by many experts to be dead following more than a decade of aggressive federal prosecution — is sure to draw attention. Another line in the indictment states Bongiovanni attempted to “dissuade” a fellow agent from investigating one of his friends “by asking his colleague if he ‘hated italians.’”

After he accepted more than a quarter-million dollars in bribes, Bongiovanni retired from the DEA in February, but not before wiping his work phone of all data and removing a DEA case file and storing it in the basement of his Kenmore home, officials said.

Bongiovanni, who faces 11 federal charges of conspiracy, accepting bribes, obstructing justice and providing false statements, appeared in Federal Court in Buffalo on Tuesday. He was released on $250,000 bond and was ordered to surrender his passport.

“This is an accusation, it’s an allegation,” said Bongiovanni’s attorney, Paul Cambria. “There hasn’t been anything proven at this point.”

Bongiovanni, the former DEA agent, has been released on $250,000 bond and home confinement. He must surrender his passport. Prosecution argued for house arrest. https://t.co/BMWXjptucr

Bongiovanni became a DEA agent in 1998 and has worked in the Buffalo office since 2001. Prior to becoming a federal agent, he was an Erie County Sheriff’s Deputy.