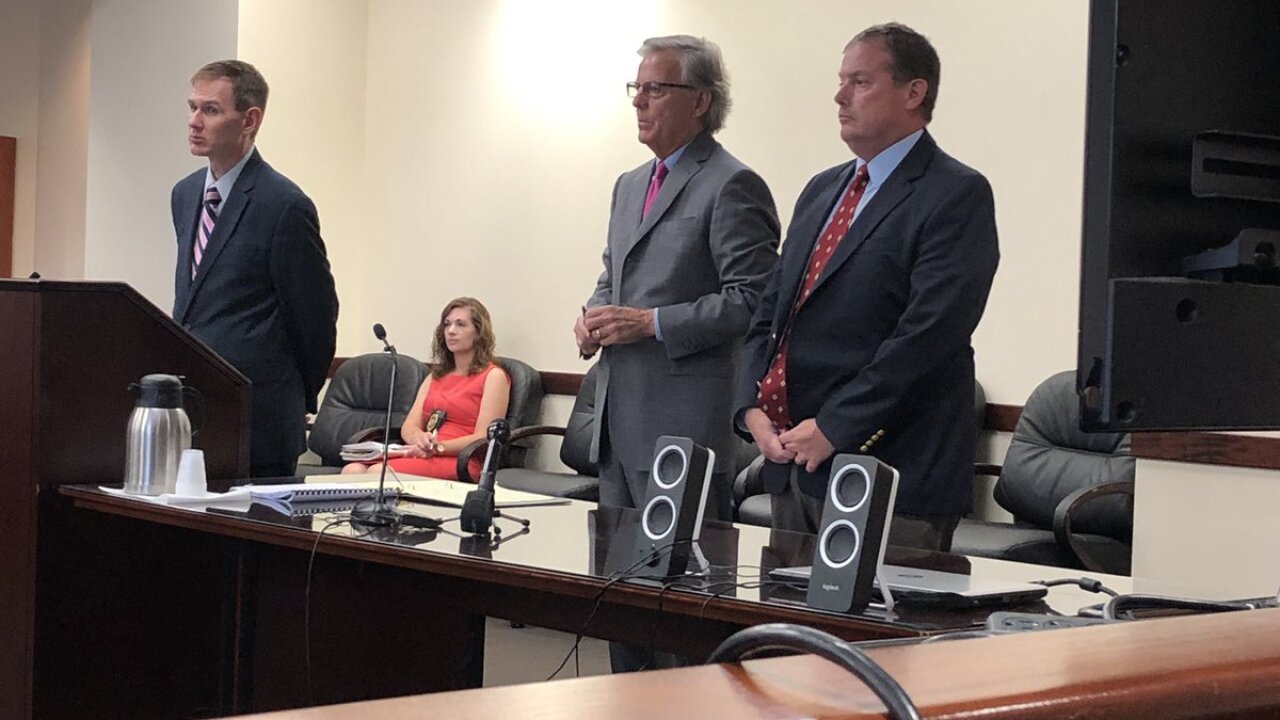 It was an emotional Thursday morning in Erie County Court.

His children responded, Connors says, through letters to the court.

"She tells the court about how candid [Bean] was with her and how painful it was for him, to admit his mistakes, but she says his mistakes and bad choices do not define him," Connors said.

Nearly 50 letters were written to the court as a character reference for Bean.

Bean, however, spoke for himself.

NOW: Timothy Bean, that former health inspector who faked 2 dozen restaurant inspections, says if he could take back everything he did, he would. @WKBW pic.twitter.com/j5Pf13WGWo

"If I could go back and change time, I'd do it in a heartbeat, to alleviate the anxiety, stress, humiliation from this situation on me but more importantly my family...I believe I'm taking the right steps now, to become a better member of this society and taking steps to get myself better," Bean said in court.

During the winter, the I-Team confronted Bean about the faked reports.

"What was the reasoning behind this," we asked.

"You know Ed, if I could give you a good reasoning I would. I don't know," Bean told the I-Team.

Now, Bean, through his attorney, said he was dealing with medical issues, including depression, and had been "paralyzed" by that burdensome feeling. Nonetheless, his actions landed him in front of Judge Kenneth Case, for sentencing.

"Because of those factors, you didn't exercise the best judgment," Case said. "It doesn't seem that's something for which you should be punished."

Judge Kenneth Case has sentenced Bean to 3-years probation and 200 hours community service after faking restaurant inspections last year. Bean had asked for a conditional discharge. That was not granted @WKBW pic.twitter.com/gjSC7r8FB1


Bean is instead going through counseling and is working for a private business.

Despite accepting responsibility inside the courtroom, Bean had nothing to say outside. He has 30 days to appeal the judge's decision, although his attorney says that won't be the case.