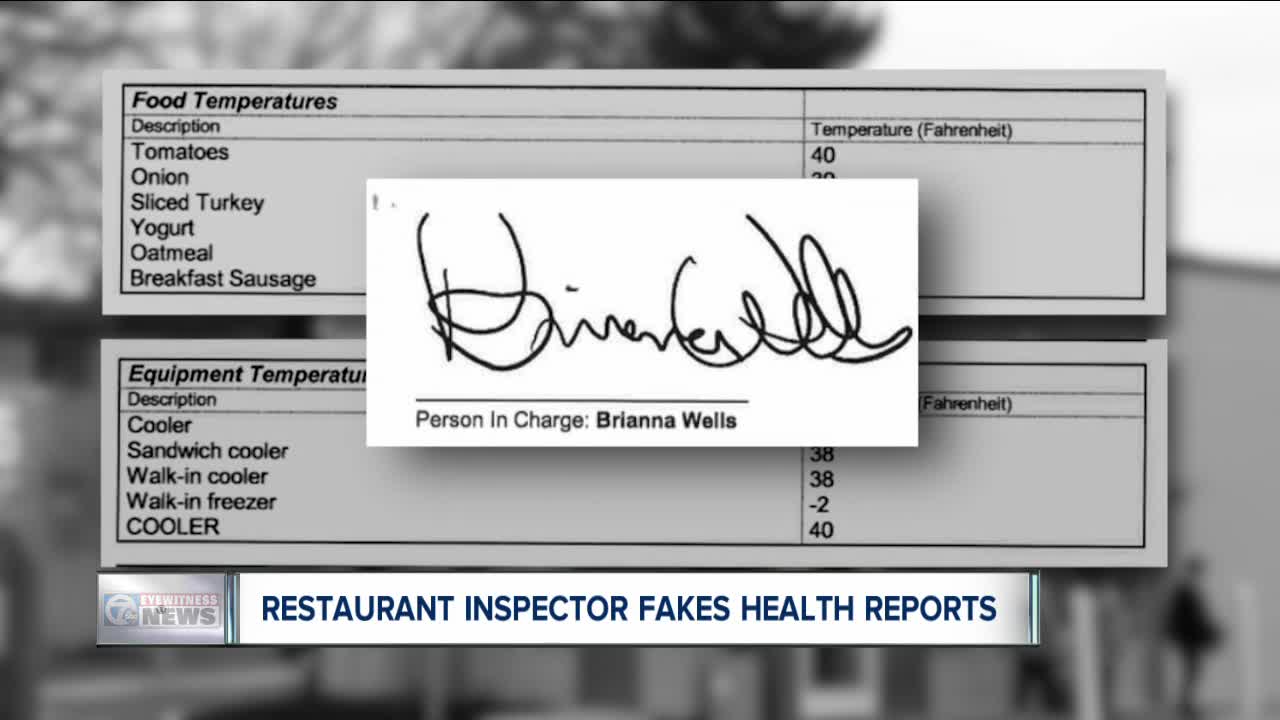 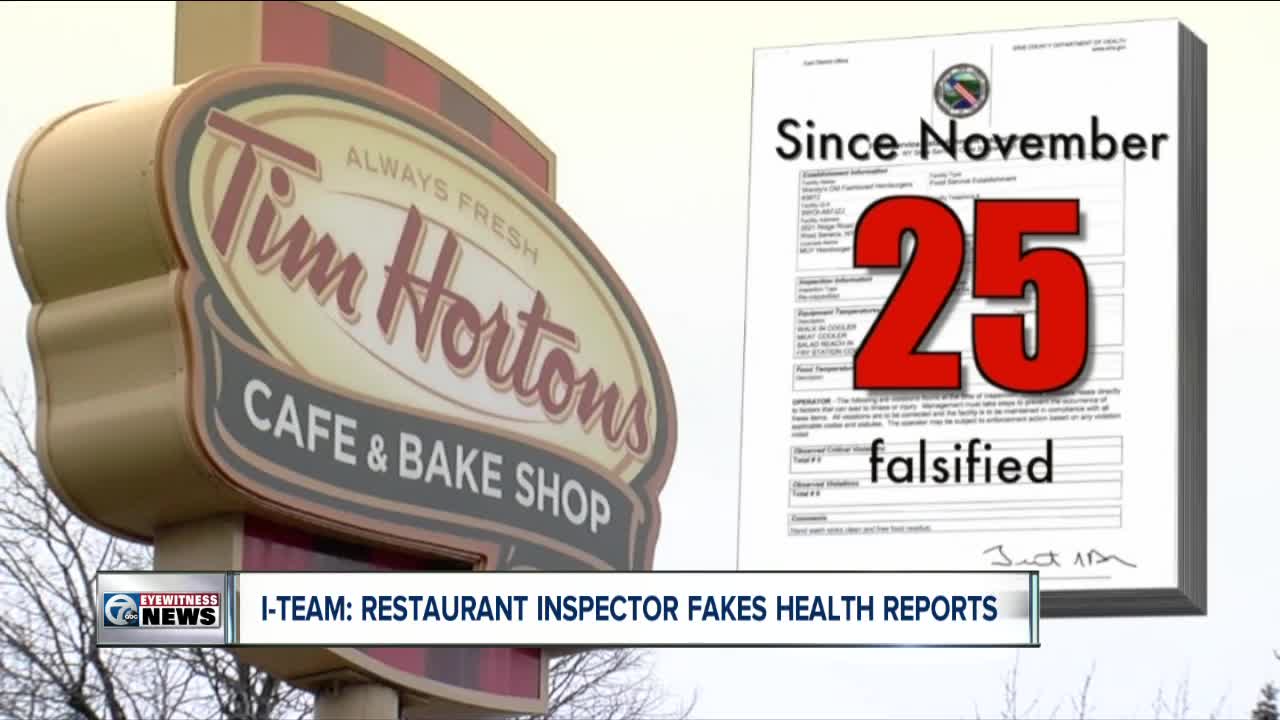 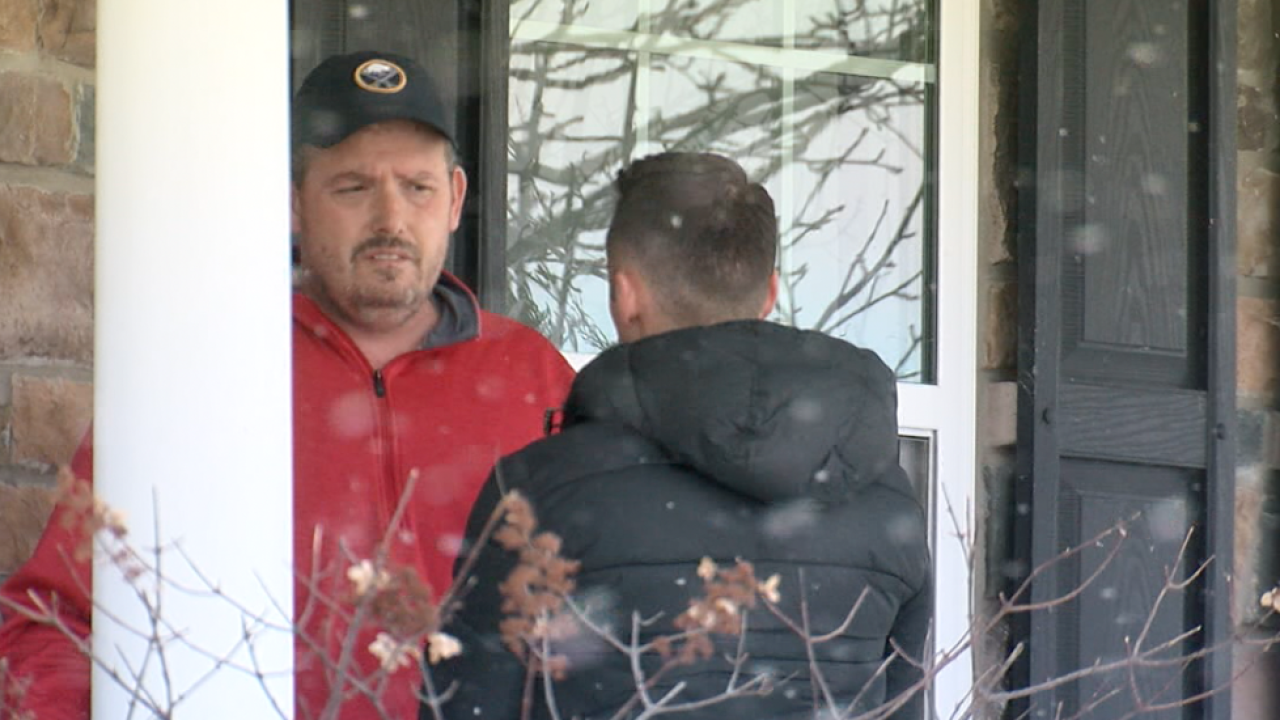 BUFFALO, N.Y. (WKBW) — Timothy Bean resigned from his position as an Erie County public health sanitarian -- a restaurant inspector -- for the Department of Health.

He resigned in December, citing health reasons, after he was found out to be falsifying restaurant inspections in West Seneca and Orchard Park.

"I completely screwed up ... did some really stupid things and I'm paying for it," Bean said. The I-Team asked why he falsified these reports. Bean said, "You know Ed, if I could give you a good reasoning I would. I don't know."

Erie County Health Commissioner Dr. Gale Burstein doesn't know why, either. She says she and County Executive Mark Poloncarz were notified about Bean, days after his supervisor made a strange discovery: two reports, by two different inspectors, of the same Tim Hortons on Orchard Park Road, on the same day.

"We never have two different restaurant inspectors, that are fully trained and independent field workers, inspect the same restaurant, especially on the same day." Burstein said.

We questioned if the inspection was actually done. Burstein said, "Through the investigation, they determined the inspection that was submitted by Mr. Bean was falsified and the restaurant had no recall of him coming."

Not only did Bean not inspect this Tim Hortons, he included food and equipment temperatures and the signature of someone who the county is "unable to verify" was "an employee of the facility."

"That caused us to investigate even further," Burstein said.

What they found was, since November, Bean falsified 25 total restaurant inspections.

"Those inspections were not done," Burstein said.

The I-Team asked Bean if he was paid off by any of those restaurants. He said, "there was no money involved here."

Burstein says "he may have" falsified reports prior to November.

"The I-Team has discovered Bean submitted 42 reports between July and November. The validity of 42 of those reports has not been tested by the county. The commissioner says it would be too hard for them to go back -- before November-- because there is high turn over among restaurant workers-- or they just may not remember if Bean showed up.

"We have corrected the situation. We've sent inspectors to inspect those facilities that we knew were not inspected and those inspections are now available on our website," Burstein said.

Here's a link to Erie County's restaurant inspection database, where you can find valid reports along with possible violations.

Despite more than two dozen false reports, Bean made nearly $48,000 last year, according to seethruny.net. His salary is paid for with taxpayer dollars.

The public was trusting Bean to carry out these inspections to the best of his ability.

"Obviously they shouldn't have," Bean said.

As a result, the county is now calling restaurants, every so often, to make sure inspectors actually show up to restaurants.

Why hasn't that been done in the past? Burstein says, "We haven't seen any foodborne outbreaks from unsafe food safety practices...so we have no reason to suspect that this would happen."

Although "nothing happened" as a result of Bean's bold bull, he realizes full blame rests at his door step.

"You know Ed, I screwed up big time. I made some poor choices and that's where I want to leave it," Bean said.

We asked about Bean's pension.

The I-Team has learned from the Erie County Department of Personnel, Bean was employed with Erie County from 2006-January, 2019, despite his resignation letter dated December 24, 2018.

He earned 13 years of service and is eligible for his full pension at age 62. That will be based on his time with the county.

Ultimately, Bean will receive 1/60th of his final average salary, which is based on the last three years of him employment.