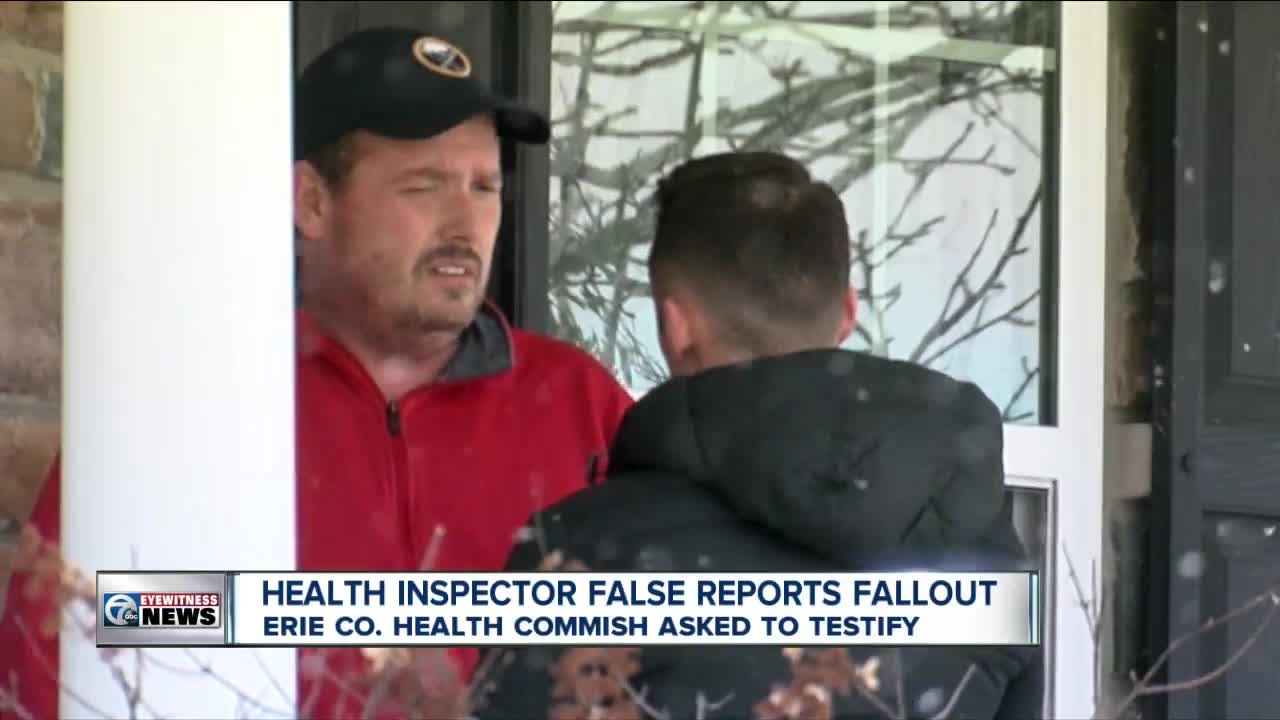 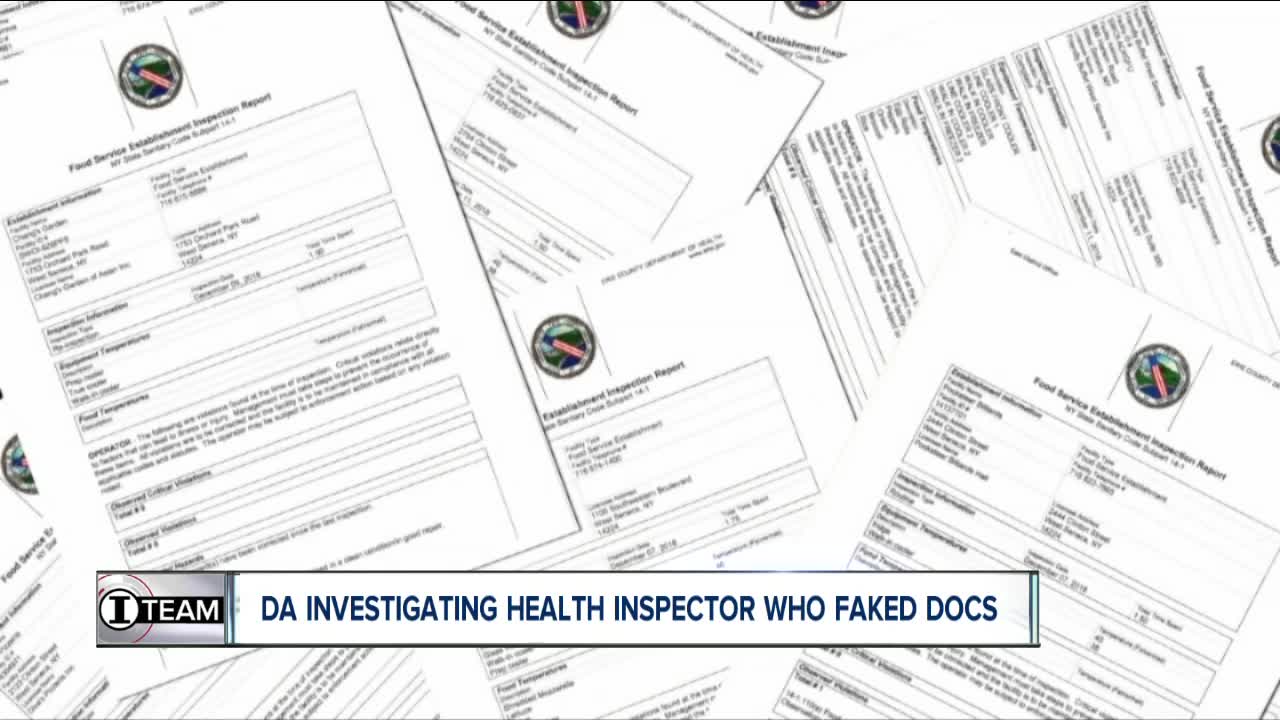 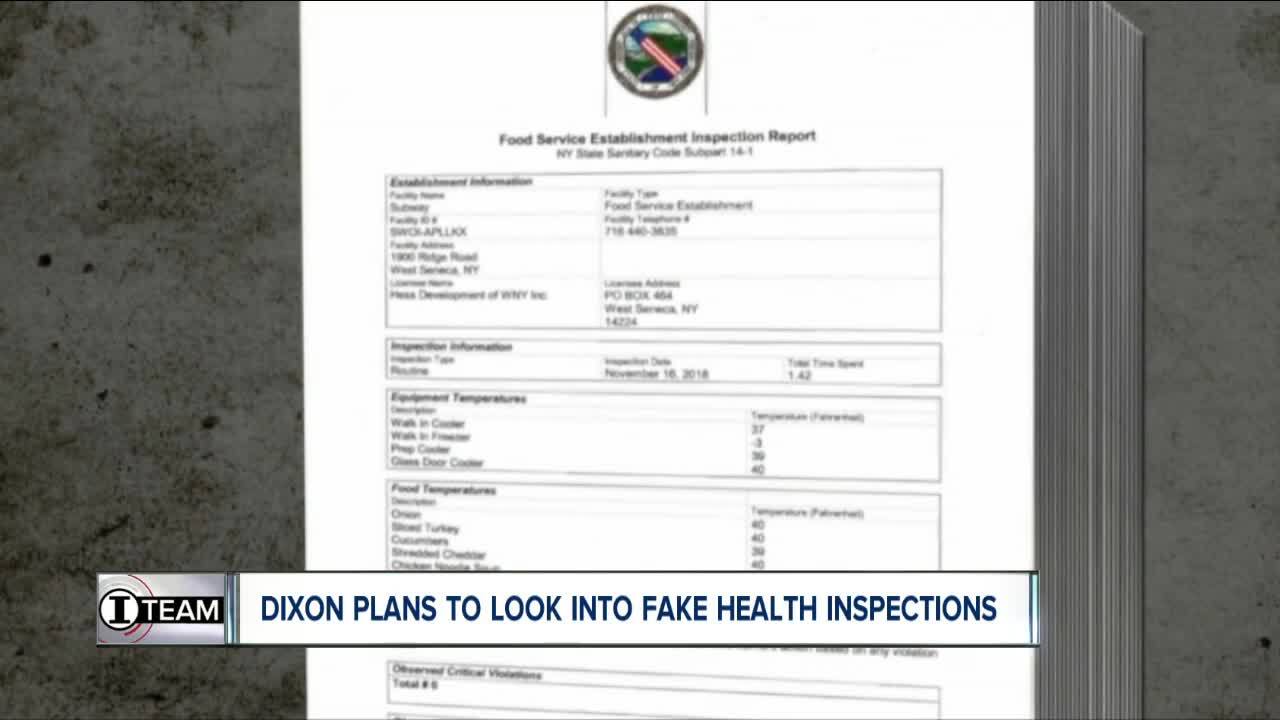 Erie County Legislator John Bruso, Chair of the Legislature’s Health and Human Services Committee, submitted a letter to Dr. Gale Burstein in which he cites our exclusive investigation, exposing Timothy Bean, the health inspector who faked at least two-dozen reports between November and December.

"Based on WKBW's reporting, I am pleased that ECDOH management realized something was amiss with Mr. Bean's inspections (or lack thereof) and addressed the situation," Bruso wrote in his letter.

The Erie County Department of Health issued the following statement regarding the hearing:
“Yesterday Dr. Burstein was invited by Legislator Bruso to discuss the Timothy Bean matter at the Health & Human Services Committee. She looks forward to reporting on how ECDOH discovered the issue and the swift action that was taken to rectify the situation, as well as additional steps that are being taken to prevent future incidents from occurring. ECDOH has referred the case for review to the District Attorney’s Office and we are working with them on the investigation. The public should be aware that this appears to be the actions of a lone ‘bad apple’ and the vast majority of our sanitarians perform their duties professionally.”

While no adverse health effects reported due to these incidents, Legislator Bruso indicated in a letter to Dr. Burstein that he would like to focus on the known facts of the situation and best practices going forward for future prevention of forgeries.

Legislator Lynne Dixon also called for the county department of health to testify before the committee in a letter sent to Bruso.

"This issue is far more substantial than just an employee failing to do his or her job," Dixon wrote. "The Department [of Health] has admittedly not performed any supervision on any of their inspectors in the past."

Bean resigned in December, citing health reasons. That was only after it was discovered that he had been filing false reports.

Dixon, who is now running for County Executive, said in a one-on-one interview, faking dozens of health inspection reports, which puts public safety at risk, calls for a discussion in front of the county legislature.

"[We need] to find out how did this happen? And how often has this happened before? What do we do checks and balances wise? The most important thing you can do with mistakes is learn from them, right? How do we make improvements so they don't happen again," Dixon said.

It's still unclear how long Bean had been falsifying health inspection reports.

Dixon wants to know just how Bean was able to fake those reports and wants "the County Attorney's office...present to discuss the legal ramifications the county could face or the legal remedies the county will pursue."

District Attorney John Flynn says he found out about Timothy Bean, just days before our investigation aired on 7 Eyewitness News.

The DA's office is still in the early stages of the investigation.