Another high-profile incident for Christ the King 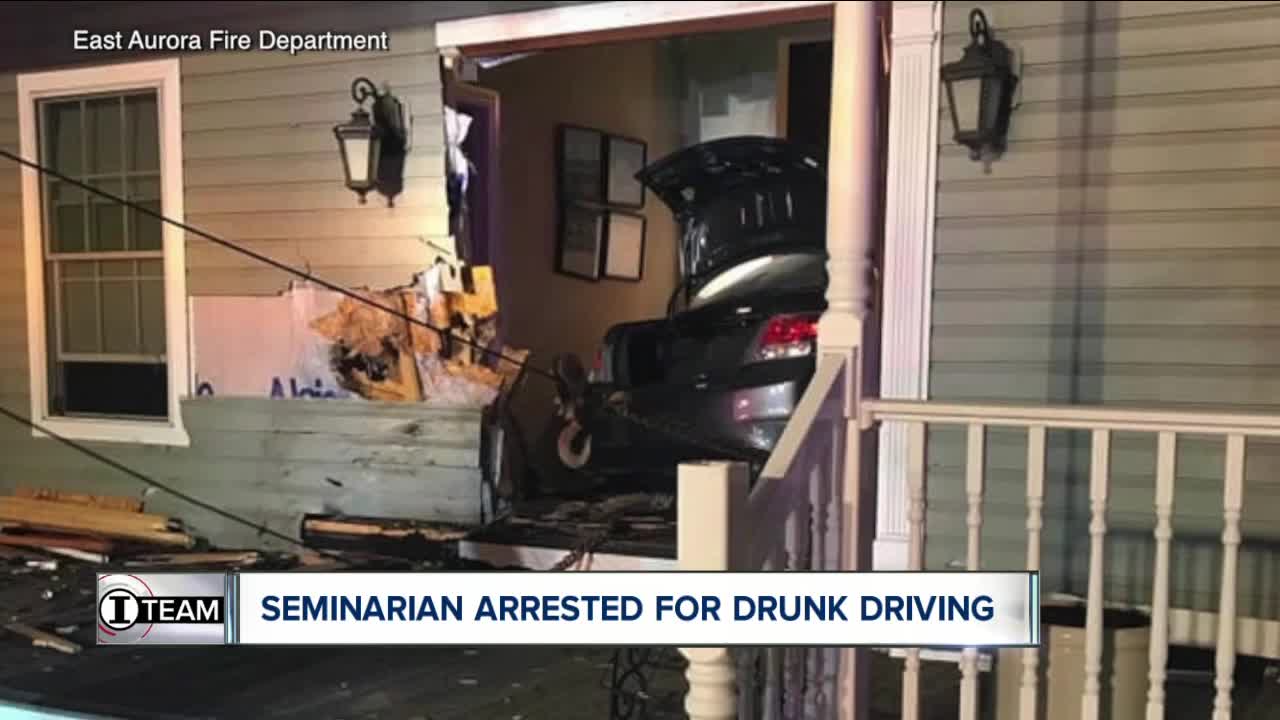 The controversy engulfing the seminary in the Diocese of Buffalo continues to grow. Three days before graduation -- and at a time of unprecedented scrutiny on the diocese -- one of its would-be priests finds himself in trouble with the law.

BUFFALO, N.Y. (WKBW) — The controversy engulfing the seminary in the Diocese of Buffalo continues to grow. Three days before graduation -- and at a time of unprecedented scrutiny on the diocese -- one of its would-be priests finds himself in trouble with the law.

The 7 Eyewitness News I-Team has learned exclusively that a seminarian at Christ the King seminary in East Aurora was arrested for drunk driving early Tuesday morning after he lost control of his car and crashed into a house near the seminary.

Kevin E. Eggert, 22, was arrested for driving while intoxicated, East Aurora police confirmed, after he crashed into a home on Knox Road near the seminary.

A man who identified himself as the home’s owner told 7 Eyewitness News he was awakened at 1 a.m. by a loud noise when a car failed to round a curve, crossed into the left lane, hit a road sign and tumbled through some brush before striking the house.

The vehicle damaged the porch and appears to have crashed through the front door of the home. No one was seriously injured, police said, but Eggert was taken to Erie County Medical Center and was given a blood test.

Police Chief Shane Krieger said he did not know the exact blood alcohol content of Eggert, but said he was charged with driving while intoxicated and other vehicle and traffic charges.

Eggert, who goes by Eric, is a first-year seminarian at Christ the King Seminary. He hails from Infant of Prague Church in Cheektowaga, according to a biography listed on the Diocese of Buffalo’s website. He graduated from St. Mary’s High School in Lancaster.

The seminary has been roiled by a month of controversy, starting April 11, when three priests were suspended and two others were reprimanded for what was described as “inappropriate” and “pornographic” discussions at a Hamburg rectory.

The discussions were reported to seminary leadership by at least five seminarians, according to a document obtained last week by 7 Eyewitness News.

Neither a spokeswoman for Bishop Richard J. Malone nor Rev. John Staak, interim president-rector of the seminary, immediately responded to a request for comment. No one responded to calls to phone numbers associated with Eggert's family seeking comment.

Monday was the seminary’s last day of classes, and graduation ceremonies at Christ the King will commence Friday, when Archbishop Christophe Pierre, the Vatican’s top United States ambassador, will attend.

It now appears Bishop Malone’s boss will set foot in the Buffalo Diocese at a time of unprecedented tumult for both the diocese, and now, its seminary.