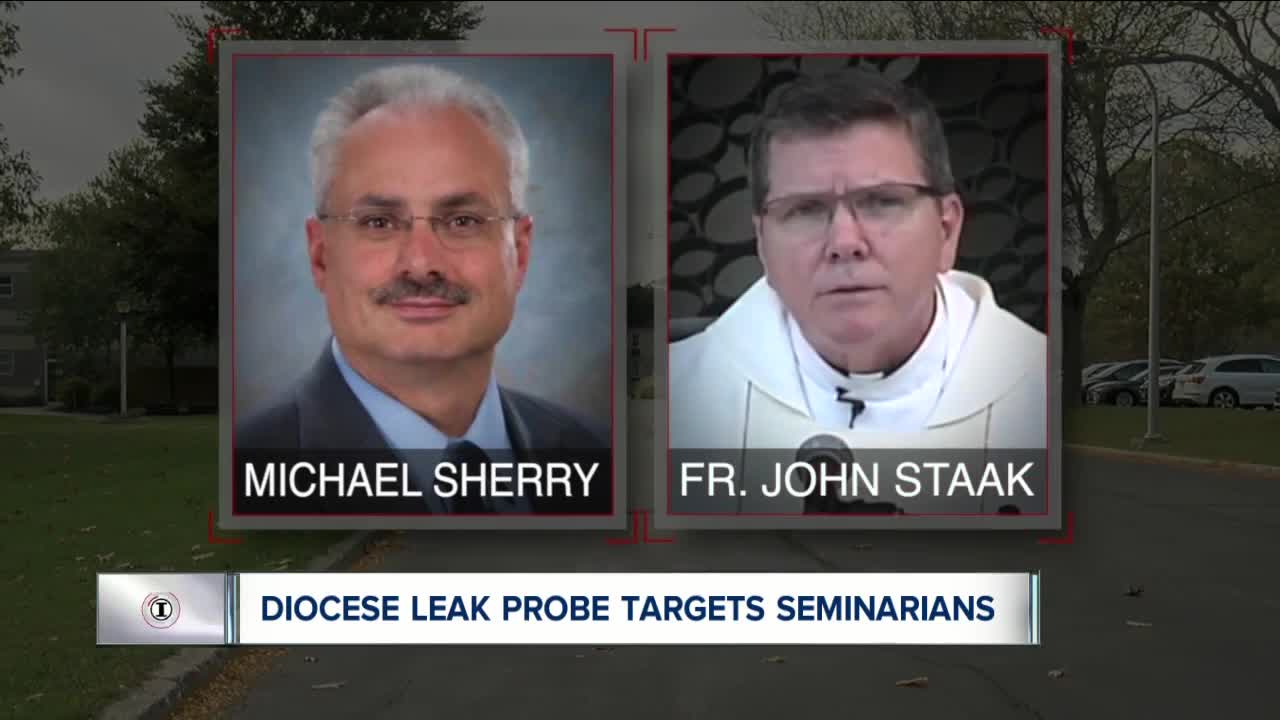 A confidential report from Christ the King seminary confirms multiple seminarians came forward to report misbehavior by Diocese of Buffalo priests, but officials at the seminary have undertaken a full-scale "leak investigation" that involves interrogations of those same seminarians.

Reeling from the fallout, officials at the seminary have undertaken a full-scale "leak investigation" that involves interrogations of the same seminarians who came forward to report wrongdoing -- even though many Catholics are expressing gratitude to the seminarians for speaking up.

That's according to multiple sources who spoke with 7 Eyewitness News on the condition of anonymity, because they feared retribution from the seminary and diocese. The sources say the intent of the crackdown is finding out who provided documents to 7 Eyewitness News, even though Michael J. Sherry, a retired Orchard Park police chief who now works as academic dean at the seminary, denied any investigation has begun.

"On behalf of myself and the seminary, I unequivocally deny that I have initiated or otherwise been directed to conduct a 'leak investigation,' as you put it," Sherry said in an email. "Nor is there some kind of crack down that has or will take place."

Click here to read Sherry's full statement. Rev. John Staak, OMI, interim president-rector of Christ the King, has also been focused on "finding the leak," sources said. Staak did not respond to a request for comment, but
attorney Steve Boyd said such an investigation would be ill-advised.

"If the diocese is spending their time now interrogating these people, and really spending time trying to figure out how this got out, it speaks to what the diocese has shown us for decades: they have no intention of full transparency," said attorney Steve Boyd. "You can't pretend to be the good, moral, transparent diocese and then investigate people to make sure that we don't get our secrets out."

The report -- authored by Sherry and dated April 11 -- contains many of the graphic sex-related details that were revealed Monday by 7 Eyewitness News.

But for the first time, it makes clear at least five seminarians came forward to make their claims about what happened at SS. Peter & Paul Church rectory on April 11 that led to the suspensions of Rev. Art Mattulke, Rev. Robert Orlowski and Rev. Patrick O'Keefe.

The report states 14 seminarians in total -- and five priests, including the suspended priests as well as Fr. Bryan Zielenieski and Fr. Cole Webster -- attended the "pizza party" which reportedly devolved into "vulgar" conversations about the sex lives of priests, seminarians and parishioners.

"This is the seminary," Boyd said. "They're teaching men to become priests."

Boyd, who represents victims of sexual abuse, said there are similarities between sexual misbehavior at the seminary and possible abuse by priests.

Click here to read the full report, or read it below.

Diocesan spokeswoman Kathy Spangler did not respond to a request for comment.