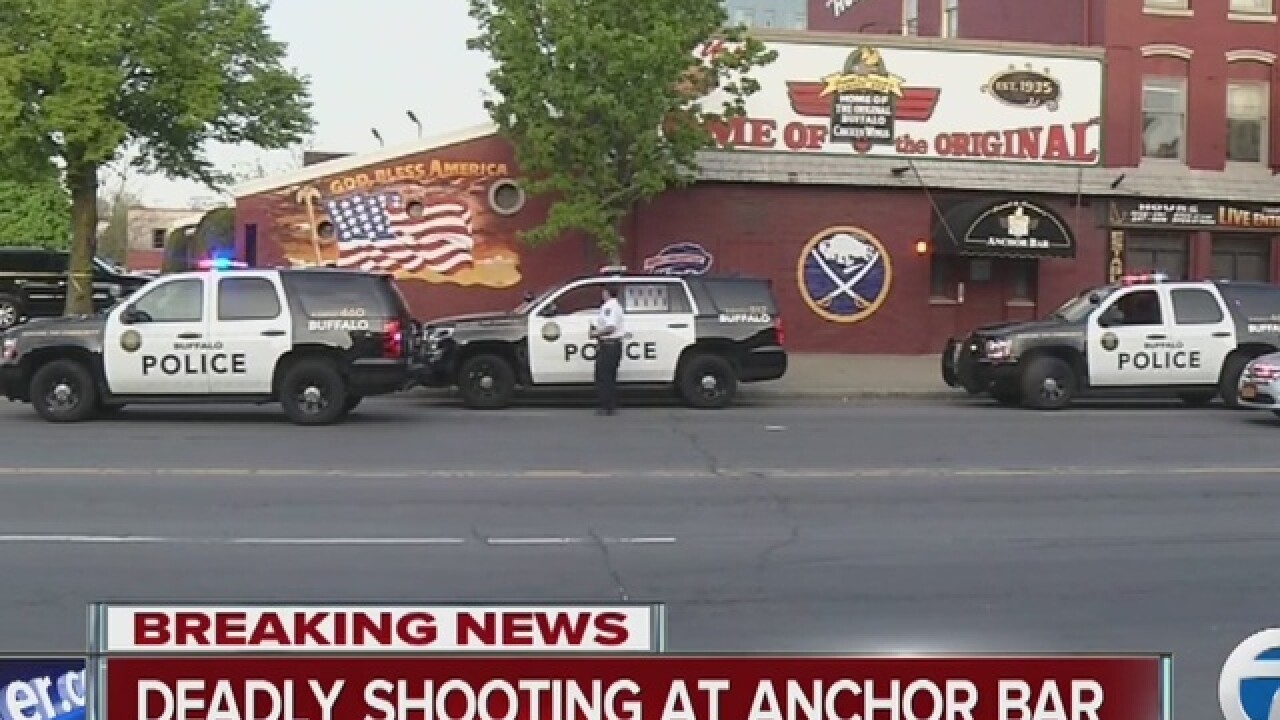 Murder charges have been filed over a deadly shooting at Buffalo's iconic Anchor Bar.

32-year-old Freddie Dizon, an employee of Anchor Bar, was killed in May after being shot in the restaurant's kitchen.  A second person, also an employee, 36-year-old Ray Hogue, was grazed by a bullet. He suffered superficial wounds.

According to previous reports, 25-year-old Jorge Suarez, was named as a possible suspect in this case. Suarez has been in custody on unrelated charges since the day after the shooting
Investigators are not giving a motive or elaborating on the connection between the Suarez and Dizon,  but shortly after the murder, 7 Eyewitness News found posts on Dizon's Facebook page that pointed to tension between the two.
Just three hours before the shooting Dizon posted "hide your kids this (expletive) is out". . . followed an hour later by "go touch your own kids you (expletive) molester."
Acting Erie County District Attorney Michael Flaherty and Chief of Detectives Dennis Richards both say it took time to comb through all of the witness interviews, tips and security footage.
But they say identifying a suspect early in the case gave customers of the anchor bar piece of mind.
"If there's a murder in the Anchor Bar hundreds of people go through there every Friday and Saturday the public needs to be assured that we don't have an anchor bar shooter on the loose," Flaherty told 7 Eyewitness News.