Since having his 1991 murder conviction vacated, Dixon has been fielding media interviews from around the world.  His 27 years spent in prison is reason enough to draw attention. But it is his immense collection of golf course drawings that really sparked the intrigue, first highlighted by Golf Digest magazine.

When Matt Bové and I arrived at Valentino Dixon's mother's home on Buffalo's east side a week after he had been released from prison, a man with a French accent opened the door and ushered us inside.

The man was a reporter with a news publication from France.

Dixon quickly walked into the front living room to tell us he's almost wrapped up with that interview and would be with us shortly.

Since having his 1991 murder conviction vacated, Dixon has been fielding media interviews from around the world.

His 27 years spent in prison is reason enough to draw attention. But it is his immense collection of golf course drawings that really sparked the intrigue, first highlighted by Golf Digest magazine.

"I'll take that any day over a six by eight prison cell," Dixon said. 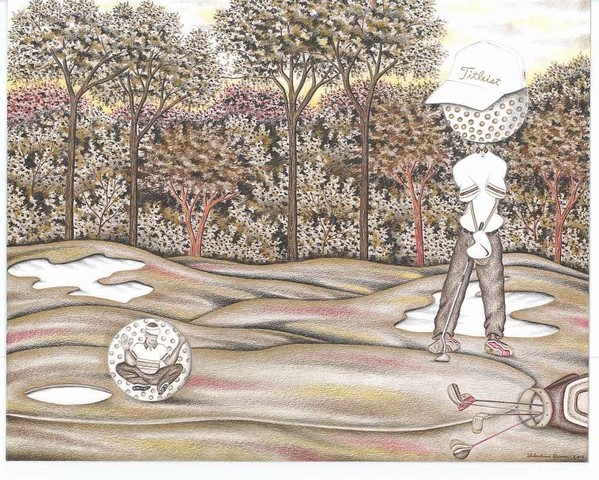 We sat down in the living room, surrounded by his drawings that decorate the walls.  Dixon says while he has always loved to draw, he had never drawn a golf course until his superintendent at Attica Correctional Facility asked him for a favor.

"He came by one day and asked me would I draw a picture of his favorite golf course, Augusta, and I never golfed before. So he brought [a picture] in, I drew it, and he loved it," Dixon said.

A fellow inmate got him a stack of golf magazines and encouraged him to keep drawing.  Back then, it was all to pass the time while he served a 33 year murder sentence for the death of Torriano Jackson.

In August 1991, Jackson was murdered at East Delavan Avenue and Bailey Avenue. Dixon was convicted, despite a confession from another man, Lamar Scott.

"I was at the wrong place at the wrong time. At the same time, I made some bad decisions and they cost me," Dixon said.

He's talking about his days of dealing drugs. He calls drug dealing an addiction, which led him down a dark path of illegal behavior.

"I had my moments of anger sitting in the jail cell for many years. Upset, frustrated, pissed off, all those things. But I tried to take it out on my artwork." 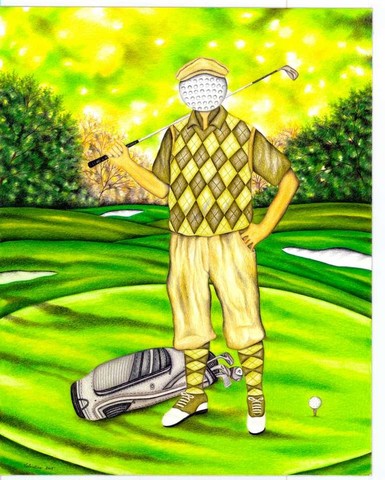 Dixon's anger drove him to draw hundreds of golf courses.  Yet, he had never once set foot on a golf course.

Now living a life outside prison walls, Bové ​​​​​​and I brought him to Diamond Hawk Golf Course in Cheektowaga. As we drove our golf carts around the front nine, Dixon was pointing out sights and sounds most golfers don't even notice.

"I can see things here that I can't see in a magazine. There's so much more detail than I would be able to capture in a drawing," he said overlooking the sixth hole. 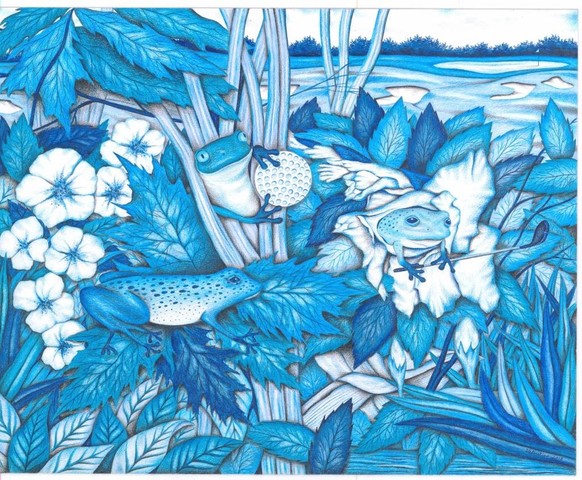 Dixon is saving his first swing for something special.  But he's already getting invitations to play rounds of golf.

During an interview on Good Morning Britain, Piers Morgan offered to fly Dixon to England to golf together.

"Everyone knows who you are now, Valentino, you're famous," Morgan said during a live television interview.

His acclaim is in large part thanks to the feature stories written by Golf Digest journalist Max Adler.

In an email to 7 Eyewitness News, Adler thinks part of the intrigue is his outsider status.

"People seem to instantly appreciate the originality of his work," Adler said.

Several golf club owners have reached out to Adler about commissioning works of their courses, but Adler says since Dixon was released from prison, he has only chosen to complete two projects: a drawing for PGA golfer Jim Furyk, and a special image to be featured in the December issue of Golf Digest.

It's been a whirlwind, but Dixon is committed to seizing the opportunities in front of him.