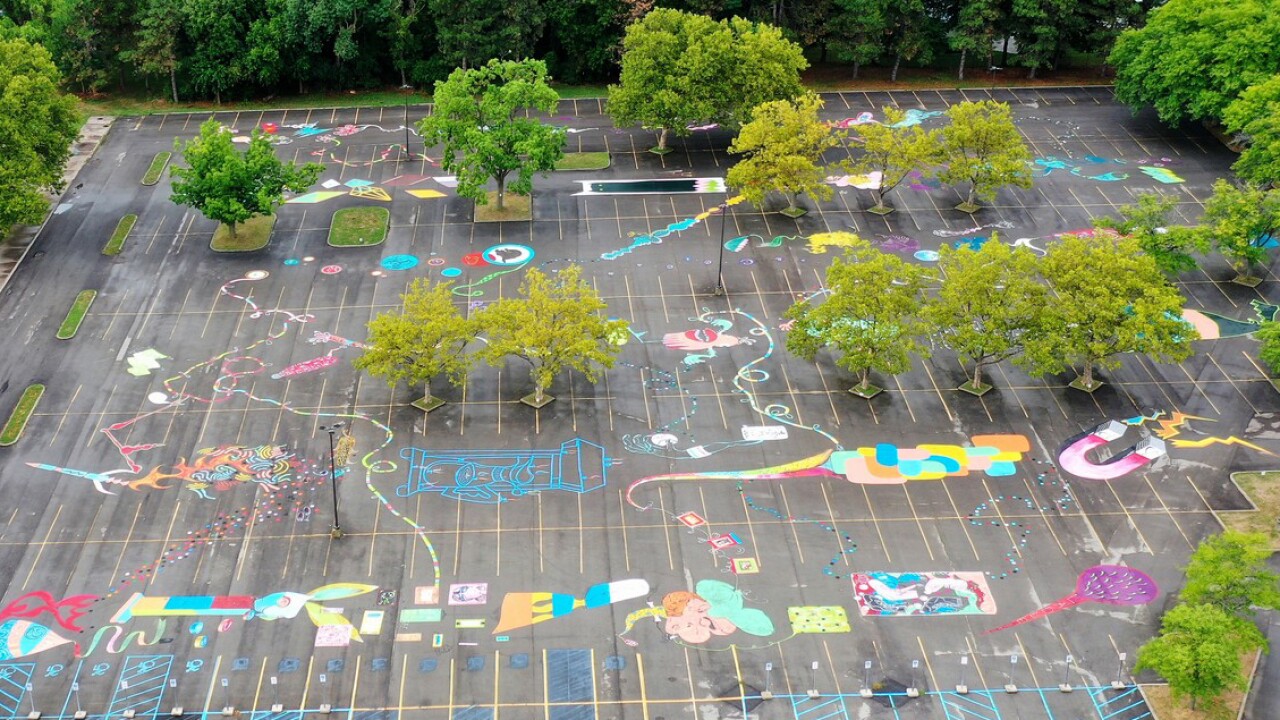 "The Solo Roths Waltz Across the Red Hot Colossus Lot" mural has been completed at Artpark's lower parking lot.

LEWISTON, N.Y. (WKBW) — Visitors to Artpark in Lewiston will be greeted by a new mural the next time they enter the facility's lower parking lot.

On Wednesday afternoon, Artpark announced the completion of a public art project called "The Solo Roths Waltz Across the Red Hot Colossus Lot." The mural spans 160,000 square feet of asphalt in Lot D, at the South 4th Street entrance to Artpark.

The mural was completed by Rob Lynch and Matt SaGurney, as The Solo Roths. The artists held Zoom meetings with participants in the Artpark Bridges Team to develop imagery for the mural. The Artpark Bridges program is a partnership with People Inc. that provides people of all abilities and backgrounds with empowerment and tools to express themselves through the arts. The Solo Roths were assisted by volunteers from Parkinson's Community in painting the mural.

The mural can be viewed for free daily from dawn until dusk. A special event to celebrate the completion of the mural will be held on September 18th.