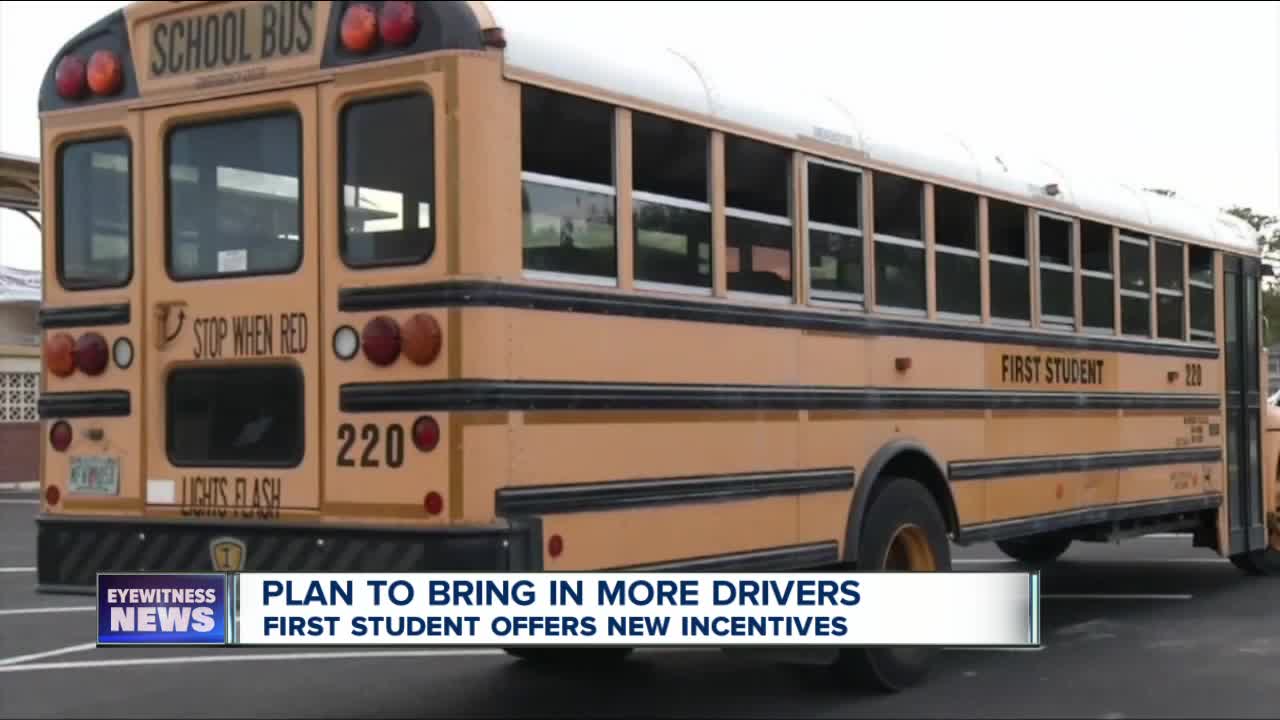 First Student is in desperate need of professional school bus drivers and it's now launching an aggressive plan to improve transportation for students in the Buffalo School District.

According to a news release issued by the company on Wednesday, First Student has enacted five proactive steps:

"School ended at 3:30 and they were still sitting at school at 5 o'clock," Rhodes-Osi said.

She said when the school's Vice Principal called First Student to ask where the bus was he received this answer.

"When their drivers are absent or have delays the children just have to wait," Rhodes-Osi said.

Company reps say at the route of this issue is a nationwide shortage of school bus drivers. "About 90% of school districts have reported having a driver shortage for the 2019-2020 school year."

In the Queen City, First Student runs 617 routes each morning and afternoon for Buffalo Public Schools. Earlier this month, frustrated parents and charter school administrators called out First Student directly for a host of transportation issues.

“We’re looking for friendly, responsible, hard-working individuals who reflect the proud diversity of the Buffalo community," said McCabe. "Every school day, our drivers have the opportunity to directly impact a young person’s life. This is a special and unique opportunity. We train our drivers to be highly skilled not only in the technical aspects of operating a bus, but also the interpersonal aspects of engaging with students in a way that creates a positive experience.”