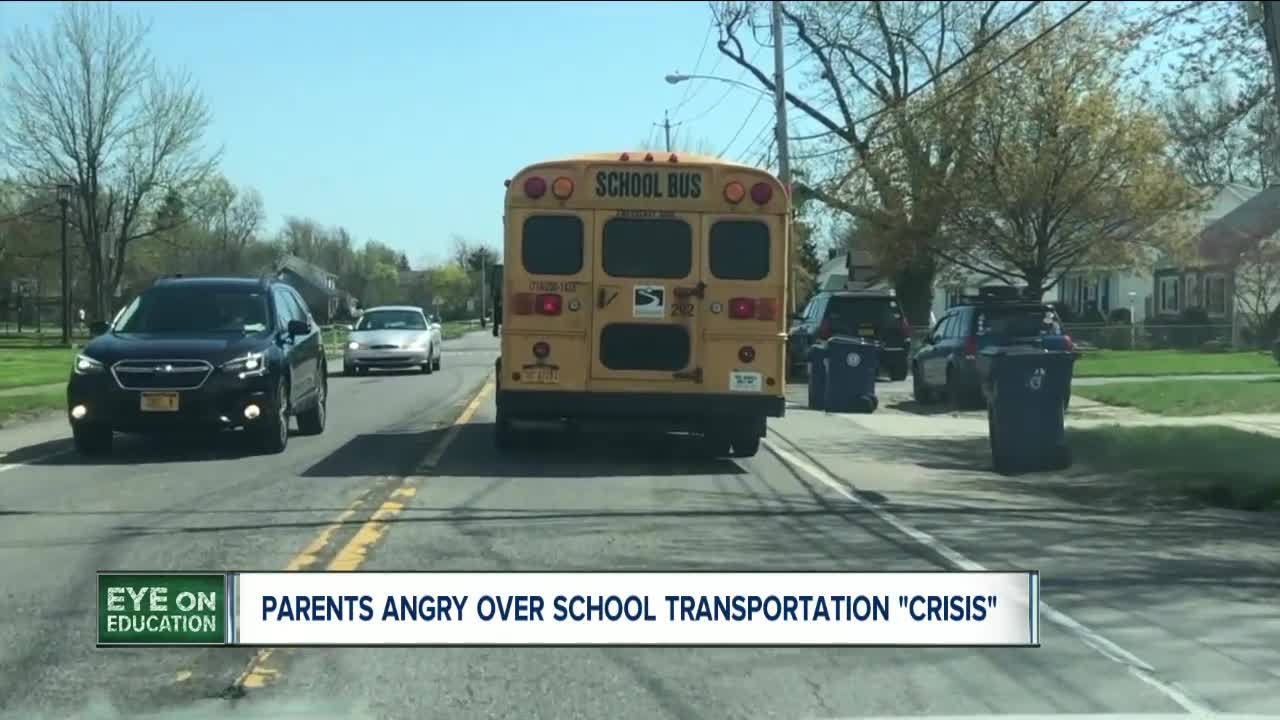 Parents are calling on the bus company First Student and the Buffalo Schools transportation department to fix what they call a transportation crisis.

BUFFALO, N.Y. (WKBW) — Parents are calling on the bus company First Student and the Buffalo Schools transportation department to fix what they call a transportation crisis.

Duncan Kirkwood said his ten-year-old daughter experienced all these problems. He said his family recently moved, which meant a new address and a new school.

He said she was dropped off on the wrong street.

"She calls me and my wife crying - thank God she had a cell phone - because she doesn't know where she's at," he said.

Last month, she got home an hour late on day.

"When she got home she had explained to me that they had a different driver, and that she had to help the driver navigate to get to our house," Kirkwood said. "We had only been living there at this point for about 40 days. So she's not an expert and she's ten."

Parents and school administrators said they were told the issue with the late buses is not going away anytime soon. The problem being a shortage of school bus drivers.

That's where parents said a line was crossed and this all may end up in court.

Vonetta Rhodes-Osi said her 12-year-old son was one of several students who got home two hours late one day.

"I could just imagine what the children must have been going through, getting dismissed from school, at 3:30 but have to wait all the way until 5 to be picked up," she said.

Students aren't only getting home late, some are also getting to school late in the morning.

"We've had issues where buses have been over an hour late in the morning," said John Raczynski, and administrator at Buffalo Science Charter School. "We had students dropped off two-and-a-half hours after the school day had started."

"We know that our service at this point of the school year is not what the community expects of us, nor is it what we expect of ourselves," said Chris Kemper, a spokesperson for First Student. "And the underlying challenge is a critical shortage of school bus drivers."

Kemper added that they are actively trying to recruit bus drivers, and have increased their wages and added a sign-on bonus to keep them in the company.

Parents said they hope they wouldn't have to file a lawsuit, and they'd like to continue to work with the school district for a solution.