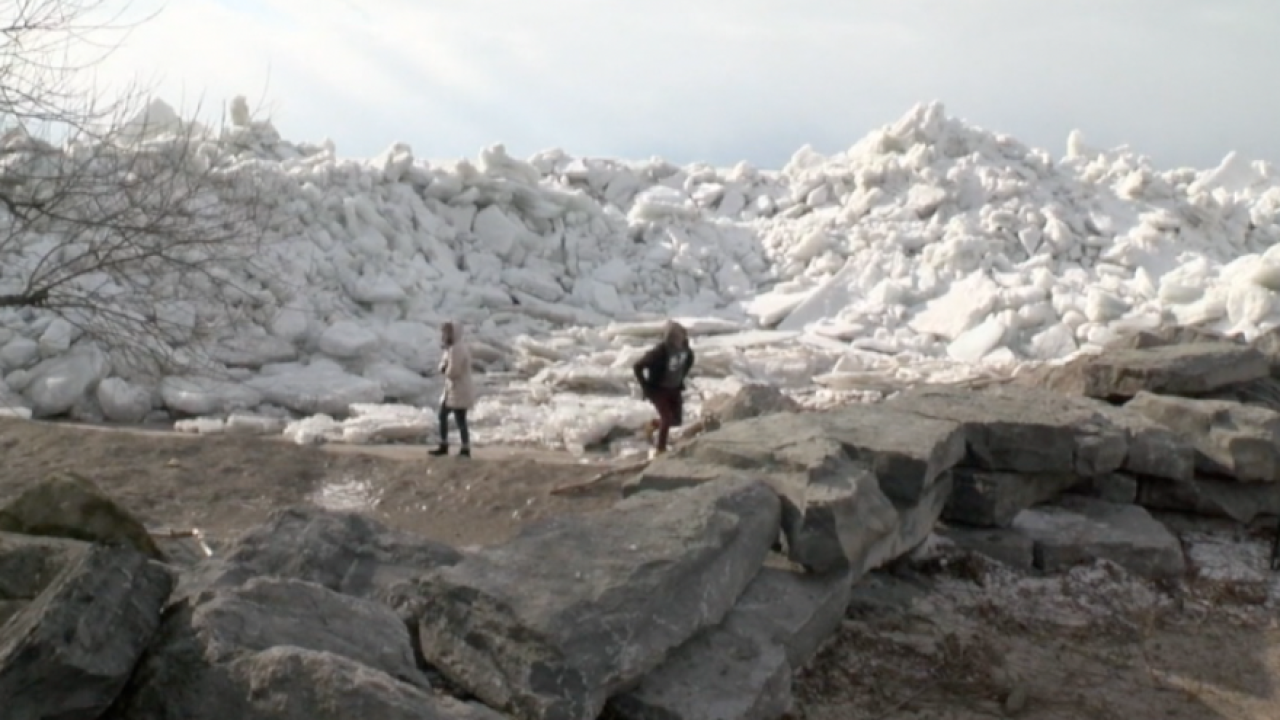 BUFFALO, N.Y. (WKBW) — Get your shovels ready. We have a lot to dig through and revisit.

This will go down as the most memorable weather event of the year. Very strong winds pushed water and mountains of ice chunks onto land and property-- causing widespread damage to Bird Island Pier and the Erie Basin Marina. Some areas felt wind gusts over 70 mph-- tearing down trees and taking out power lines. Hoover Beach in Hamburg was voluntarily evacuated because of the ice shifting.

However, this event did create a once in a lifetime selfie for those who wanted to check out the ice.

Bad weather brings out the best in Western New Yorkers. Look no further for proof than the January Blizzard. The event closed schools, businesses and travel in the Buffalo area. But the city of good neighbors stepped up to the plate when people needed it the most-- shoveling sidewalks and driveways. Unfortunately, three people died as a result of the blizzard.

Almost two feet of snow fell at the Buffalo airport. You can relive the storm through viewer photos here.

This still gives us chills....literally. People were digging out their driveways in record cold temperatures the morning of January 30. How cold did it get? The thermometer got down to -3F at the Buffalo airport-- making this the coldest January 30 on record.

This wind storm packed a one-two punch on Halloween night-- causing significant flooding and wind damage to homes across Western New York. Some neighbors are left cleaning up from the mess this storm left behind.

Governor Cuomo declared a state of emergency for counties in Western New York. Declaring a State of Emergency allows officials to ask for federal funding.

Hoover Beach neighbors can't catch a break. This storm brought more flooding and high waves to the neighborhood along Lake Erie and Route 5. Both the Halloween Storm and this storm significantly weakened the break wall that protects houses and businesses.

Buffalo and Western New York got it's first real taste of winter on Veterans Day. More than eight inches of snow fell at the Buffalo airport-- breaking a snowfall record for the day.

Emergency crews were busy rescuing motorists after a storm dumped copious amounts of water on towns and villages in the short amount of time. Buffalo Police Captain Jeff Rinaldo says 911 system was taxed with people calling for help.

Water also poured into neighbors basements. They were left cleaning up days after the event.

What was your most memorable weather event of 2019? Join the conversation with the hashtag #7Memories.