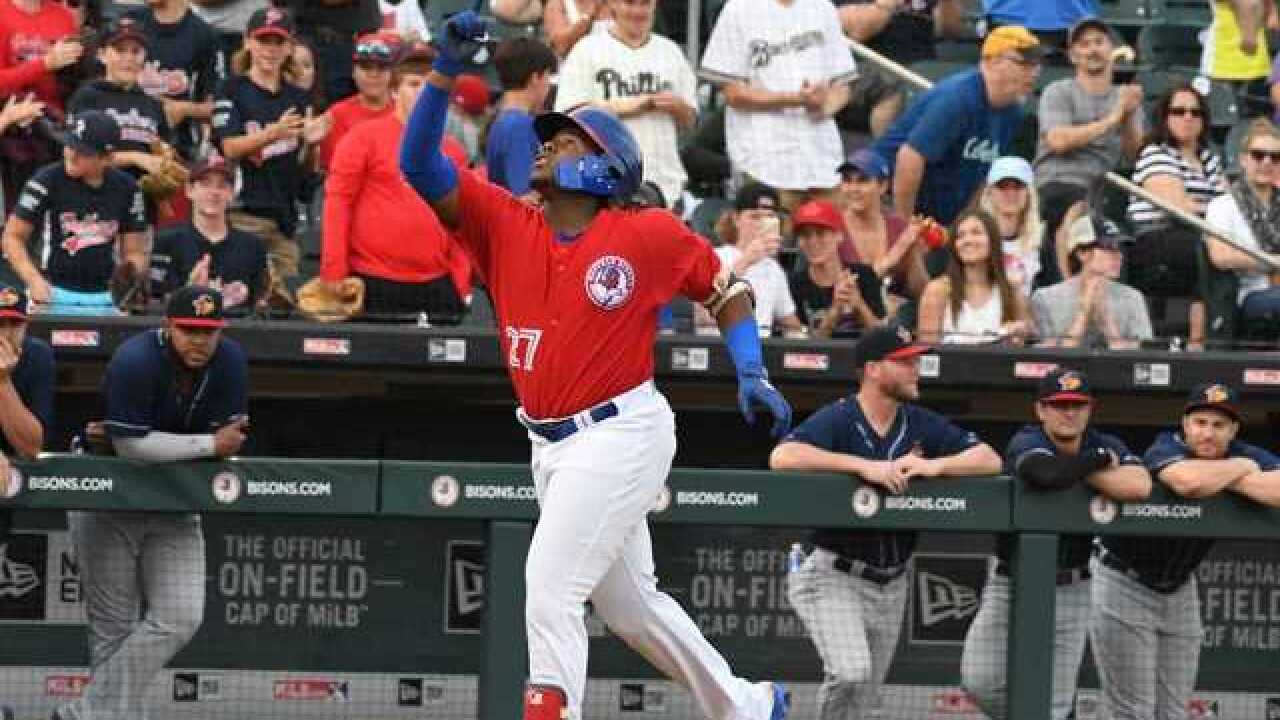 On Friday, Baseball America announced that Bisons third baseman Vladimir Guerrero Jr. has been named their 'Minor League Player of the Year.' Guerrero Jr. becomes the first Bisons player to ever receive the award and only the second Blue Jays prospect to earn the honor.

While with the Bisons, Guerrero Jr. boasted a .336 batting average along with six home runs, seven doubles, and 16 RBI.

Before joining the Bisons, Guerrero Jr. spent time with the New Hampshire Fisher Cats and was named the Eastern League Player of the Month in May.