Why the Buffalo Sabres should trade Ryan O'Reilly 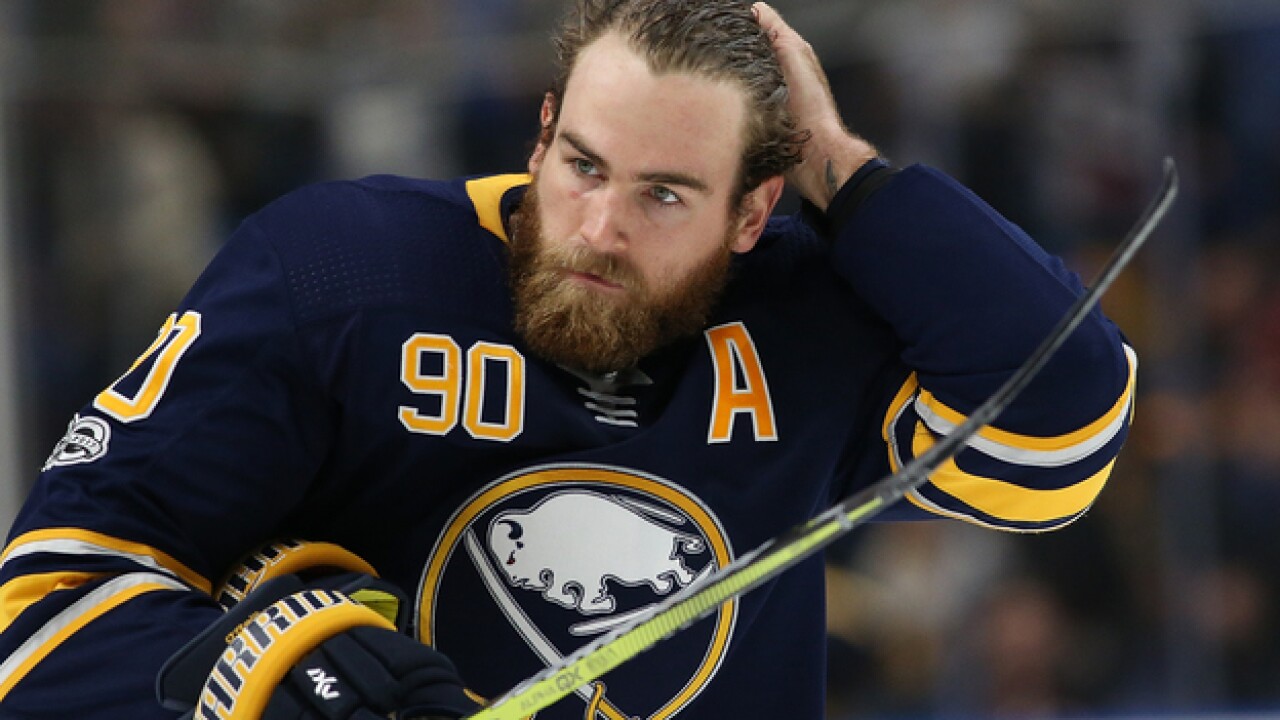 Copyright 2018 Scripps Media, Inc. All rights reserved. This material may not be published, broadcast, rewritten, or redistributed.
Kevin Hoffman
<p>BUFFALO, NY - NOVEMBER 24: Ryan O'Reilly #90 of the Buffalo Sabres during the game against the Edmonton Oilers during the third period at the KeyBank Center on November 24, 2017 in Buffalo, New York. (Photo by Kevin Hoffman/Getty Images)</p>

Ryan O'Reilly is an outstanding hockey player and almost every NHL team would be thrilled to add him to their roster.

So why should the Sabres be willing to part ways with a player so valuable?

Quite simply, it's time for a change.

A major shakeup in the Sabres locker room is long overdue. The core unit from the last three years clearly hasn't worked. Adding Rasmus Dahlin at the NHL Draft should help, but it won't solve all the Sabres problems.

During his three seasons with the Sabres, O'Reilly has 176 points in  224 games. Over that same span, only Jack Eichel has more points than O'Reilly with 177 points in 209 games.

O'Reilly has also been incredibly valuable in the face-off circle. Last season, the 27-year-old centerman set the single-season face-off record, winning 1,269 draws to pass Rod Brind'Amour, who set the previous record in 2005-2006. Sorry to bring up bad memories.

There is no denying that O'Reilly has been incredibly productive on the ice. But even with that solid production, the Sabres have still been one of the worst teams in the NHL.

At least the Sabres are consistent.

So is O'Reilly the reason the Sabres have been on a downward spiral? Absolutely not. But with plenty of reported interest in the veteran center and the trade market heating up, Jason Botterill needs to strike while the iron is hot.

And while we're at it, let's think about the other key players on the Sabres roster that would cause a "major shakeup" if they were moved.

Jack Eichel isn't going anywhere and either is Casey Mittelstadt, who hasn't even had a chance to visit all the Chipotles in Western New York. Rasmus Dahlin, like Eichel, is as close to as untouchable as you can get, and he's not even on the roster yet.

As for Rasmus Ristolainen, he's been a name mentioned a lot in trade talks since the end of the season. I won't be shocked if he's dealt, but with his age [23] and cap number [$5.4M], he would appear to be safer than O'Reilly. Besides, having two or three Rasmus' would be pretty neat.

To be clear, I'm not suggesting the Sabres should just give away O'Reilly. That would be dumb and I don't think will happen.

But if there is a good offer on the table, the Sabres should [and will] listen. Maybe that means adding a high draft pick and a few prospects. Or maybe the Sabres can flip O'Reilly for a proven winger and a dependable place-holder at center while Mittelstadt continues to develop.

Admittedly, it seems a little weird thinking about how the worst team in the NHL could benefit from moving one of their most productive players. That said, you don't have to dig very deep to find the most recent case of this working.

Look at the quick turnaround from the Colorado Avalanche as an example last year. In 2016-2017, the Avs had one of the worst seasons in NHL history with just 56 points. Last season they made the playoffs, despite trading Matt Duchene, one of their best players, in November.

The reality is quite simple: to get good players, you have to give up good players. That's the way trades almost always work in professional sports.

Unless, of course, we're talking about Mike Hoffman.