Who should the Buffalo Sabres target with the No. 7 pick? 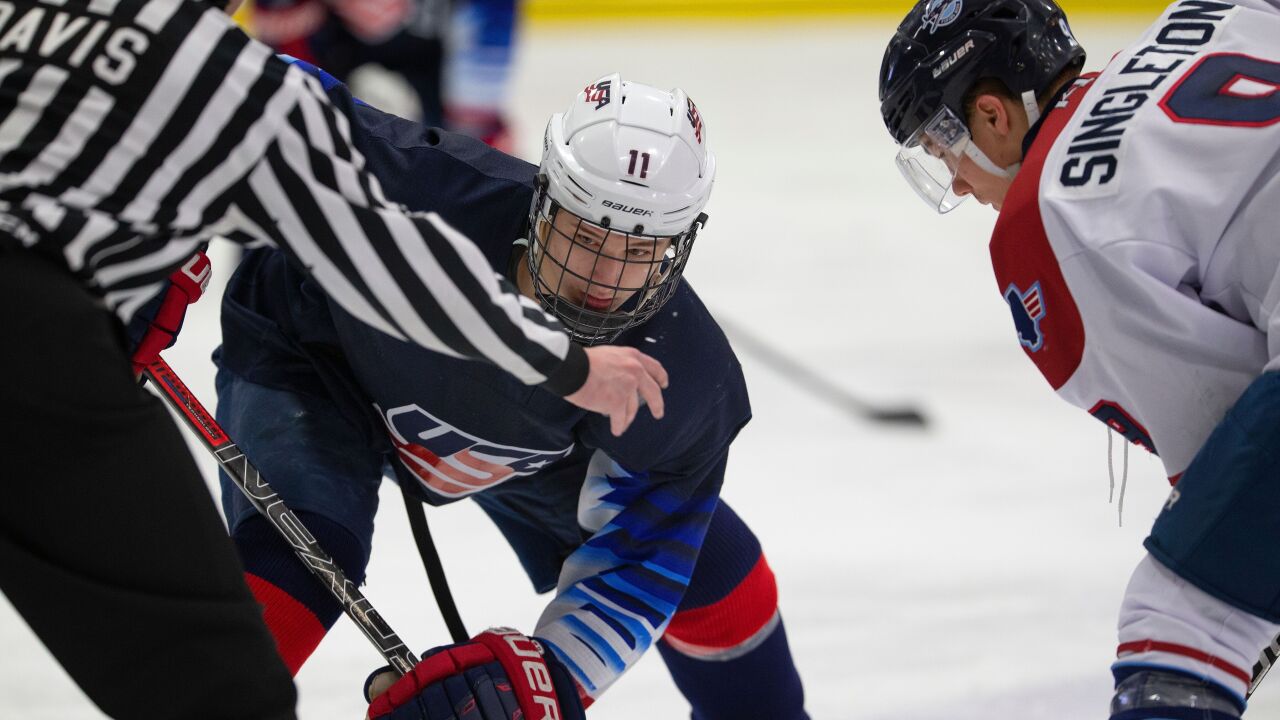 BUFFALO, N.Y. (WKBW) — With the NHL Draft rapidly approaching it's time to start zeroing in on who the Buffalo Sabres could select with their first pick. For weeks there have been several names linked to the Sabres, but which player makes the most sense for the blue and gold at No. 7?

During the draft process, I've gushed over USNTDP winger Cole Caufield. The Sabres desperately need scoring and while representing his country, Caufield set plenty of new records thanks to his knack for finding the back of the net. Despite his size [5'7"], Caufield has been an elite goal scorer at every level he's played and there are plenty of reasons to believe he could one day do the same in the NHL.

That said, I'd imagine the Sabres would be more interested in adding another prolific center with top-six upside into their organization as opposed to a winger. Besides Jack Eichel and Casey Mittelstadt, the Sabres don't have a whole lot of depth down the middle. If GM Jason Botterill is dead set on adding a center they'll likely consider Dylan Cozens, Kirby Dach, or Trevor Zegras. There is a possibility all three players could be gone by the time the Sabres are on the clock but based off rumors and mock drafts it appears Zegras has the strongest likelehood of remaining on the board. If that indeed happens, It would make a lot of sense for the Sabres to snag the Bedford, NY native who scored 87 points in 60 games for the U.S. National Under 18 team.

There’s likely a difference about who the Sabres want to pick and who will be available for them at seven.

Who they want seems to be Trevor Zegras, the USNTDP center who can do a bit of everything. Whether he’s there or not is the big question. Facts are the Sabres, organizationally-speaking, are thin up the middle and Zegras ideally slots in eventually as a great fit behind Jack Eichel and battling with Casey Mittelstadt for second line duties.

If Zegras is snatched up ahead of their pick, Detroit seems to fancy him too, other centers like CHL studs Dylan Cozens or Kirby Dach would be safe calls, but the lure of USNTDP super scorer Cole Caufield will be hard to resist. If their center plan falls through, Caufield should be the guy.

The NHL Draft this year begins at third overall with the Chicago Blackhawks. We all know who the top two picks are going to be in Jack Hughes and Kaapo Kakko. After that, there’s a group of roughly 10 players that have similar value depending on which flavor you like.

I was going to wait until tomorrow to drop this but decided to do it now so no trades ruin my fun.

For the Sabres at seventh overall, they’ll likely be staring at a handful of forwards options to choose between. I believe that Trevor Zegras or Cole Caufield makes the most sense for them if both are on the board. Caufield is a dynamic scoring winger and regardless of his size, I can see that translating to the NHL. However, the tie goes to the center. If the decision is those two players, they should select Zegras. The playmaking forward has the potential to play center in the NHL and his high hockey IQ would fit nicely on the Sabres roster in the future.

Cole Caufield may be the most perennial goal scorer in this year's draft class, and would add some much needed scoring to the Sabres' lineup. While he may be on the smaller side of the spectrum at just 5' 7" and 163-pounds, Caufield can certainly handle his own on the ice. With the U.S. National Program, he broke Phil Kessel's record for the most career goals scored in program history, including 72 this past season. Outside of his shot and scoring capabilities, Caufield is a smooth skater and plays well on the fly and in transition. Although his defensive game will need some work, his ability to put the puck in the net will put him towards the top of the draft class. If he can score and produce at high rates with Jack Hughes at the U.S. National Program, what makes you think he can't do the same on the right wing with Jack Eichel?

With the #NHLDraft set to get underway tomorrow in Vancouver, I have released my one and only mock draft for this year's draft! Check it out here: #Sabres