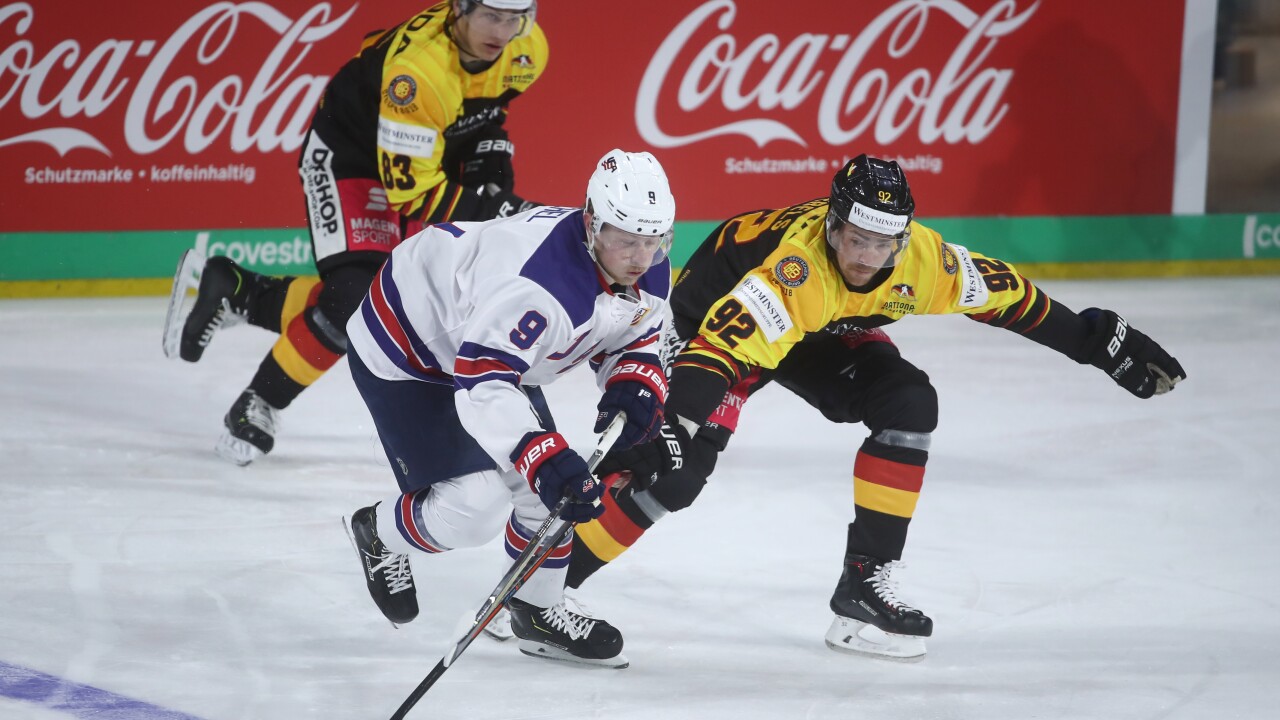 Alex Grimm/Getty Images
MANNHEIM, GERMANY - MAY 07: Jack Eichel of USA is challenged by Marcel Noebels of Germany during the international friendly game between Germany and USA ahead of the 2019 IIHF Ice Hockey World Championship at SAP Arena on May 07, 2019 in Mannheim, Germany. The 2019 IIHF will take place from May 10 till May 26 in Slovakia. (Photo by Alex Grimm/Getty Images)

Jack Eichel is up to his old antics again, making opponents look silly. Who does Clayton Keller think he is? Jeff Skinner? #Sabres #USAHockey pic.twitter.com/13A7AGozfY

The USA plays Slovakia in their first tournament game on Friday. You can watch the game at 2:15 p.m. [Eastern] on NHL Network. Eichel will go up against Sabres teammates Sam Reinhart and Brandon Montour on Tuesday, May 21 when the U.S. faces Canada.