Sabres trim roster as they prepare for regular season 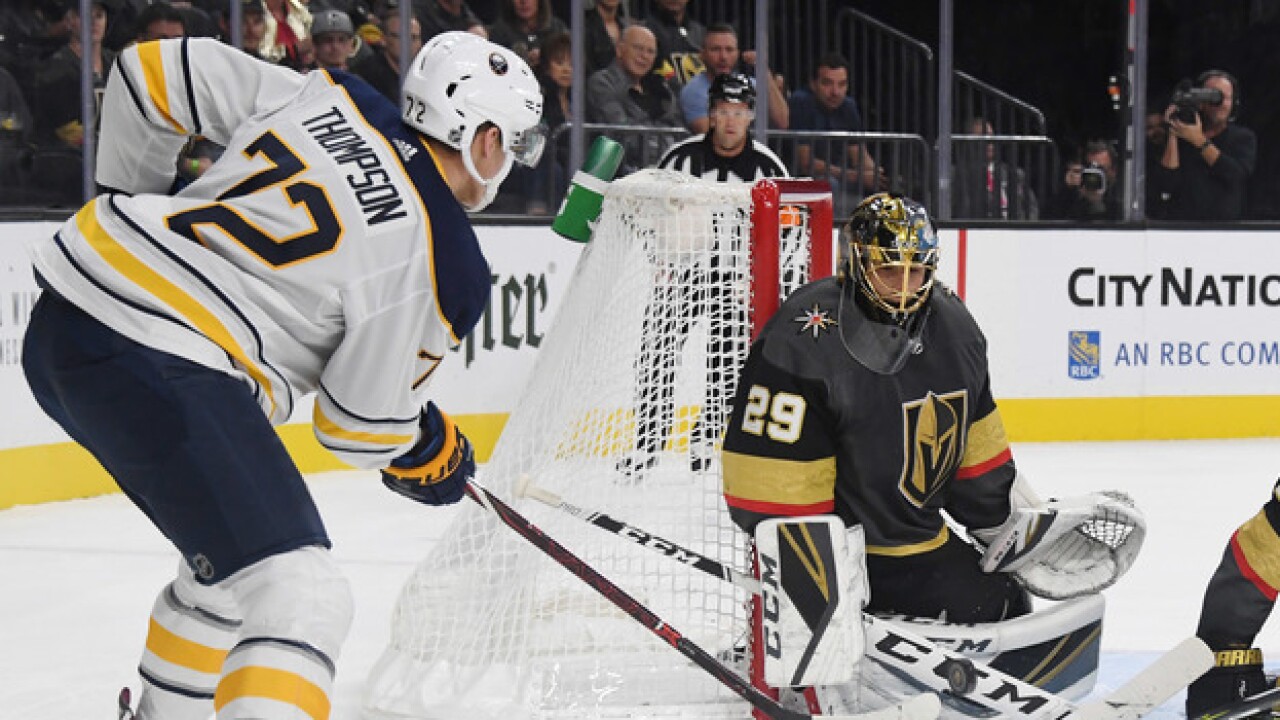 Copyright 2018 Scripps Media, Inc. All rights reserved. This material may not be published, broadcast, rewritten, or redistributed.
Ethan Miller
<p>LAS VEGAS, NEVADA - OCTOBER 16: Marc-Andre Fleury #29 of the Vegas Golden Knights blocks a shot by Tage Thompson #72 of the Buffalo Sabres in the first period of their game at T-Mobile Arena on October 16, 2018 in Las Vegas, Nevada. (Photo by Ethan Miller/Getty Images)</p>

The Sabres waived forwards Remi Elie, Curtis Lazar, Scott Wilson, and defenseman Casey Nelson. Of the four players waived, Nelson may be the biggest surprise. Last season he played in 38 games with the Sabres, tallying one goal and five assists.

The team also assigned Rasmus Asplund, Tage Thompson, and defenseman Lawrence Pilut to the Rochester Americans. These three players are waiver exempt and can report to the AHL without clearing waivers.

Buffalo opens the regular season on Thursday evening when they visit the Pittsburgh Penguins.

Some significant roster moves as the #Sabres get ready for their season to begin. Gilmour outlasts Nelson and Larsson & Girgensons are still here, at least for now. https://t.co/1dizseC3pH