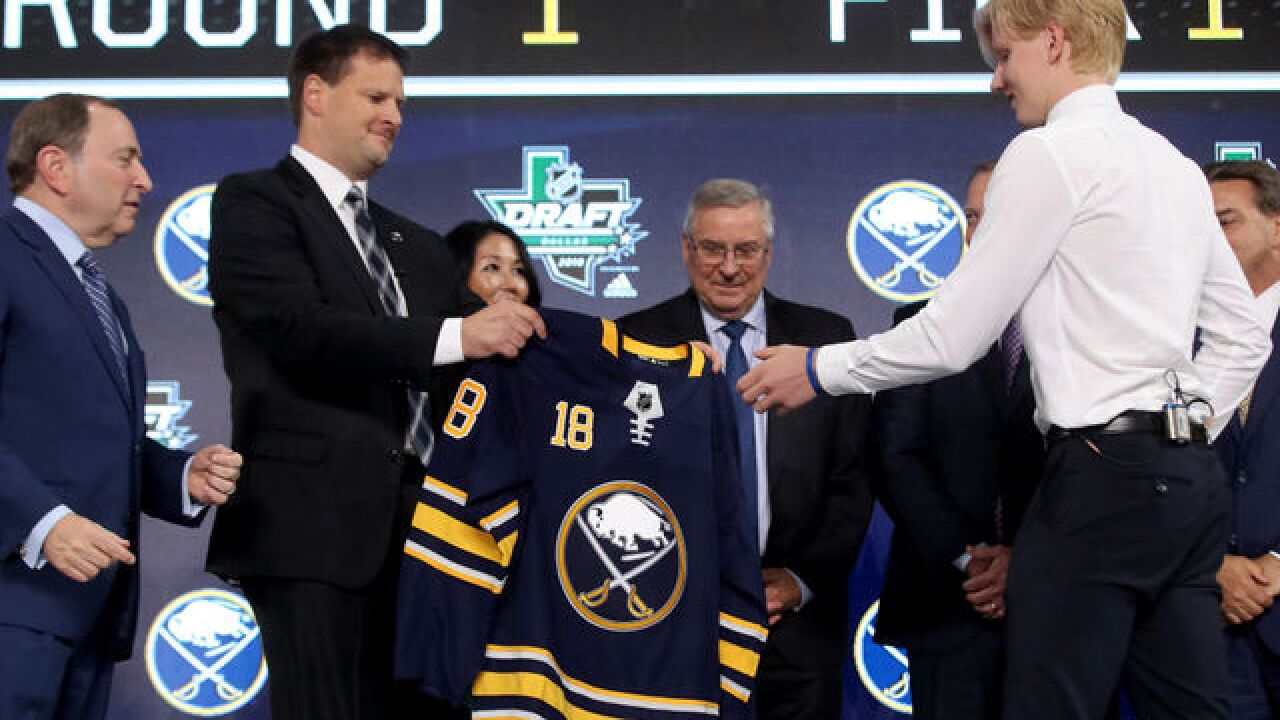 Copyright 2018 Scripps Media, Inc. All rights reserved. This material may not be published, broadcast, rewritten, or redistributed.
Bruce Bennett
<p>DALLAS, TX - JUNE 22: Rasmus Dahlin reacts after being selected first overall by the Buffalo Sabres during the first round of the 2018 NHL Draft at American Airlines Center on June 22, 2018 in Dallas, Texas. (Photo by Bruce Bennett/Getty Images)</p>

There was one common theme throughout the 2018 NHL Draft weekend for the Buffalo Sabres and that was "defense".

The Sabres wound up drafting five defensemen between Friday and Saturday along with a center. They were originally supposed to have seven draft picks but traded their 6th rounder to Toronto for a 2019 6th round pick.

The Sabres took Rasmus Dahlin with the first overall pick Friday night. You can read more about him and the pick here.

On Saturday, the Sabres drafted the following:

Sabres fans won't have to wait long to see Dahlin on the ice. The team's development camp begins on Wednesday, June 27th at the Harborcenter.