Sabres sound off after Day 3 of development camp 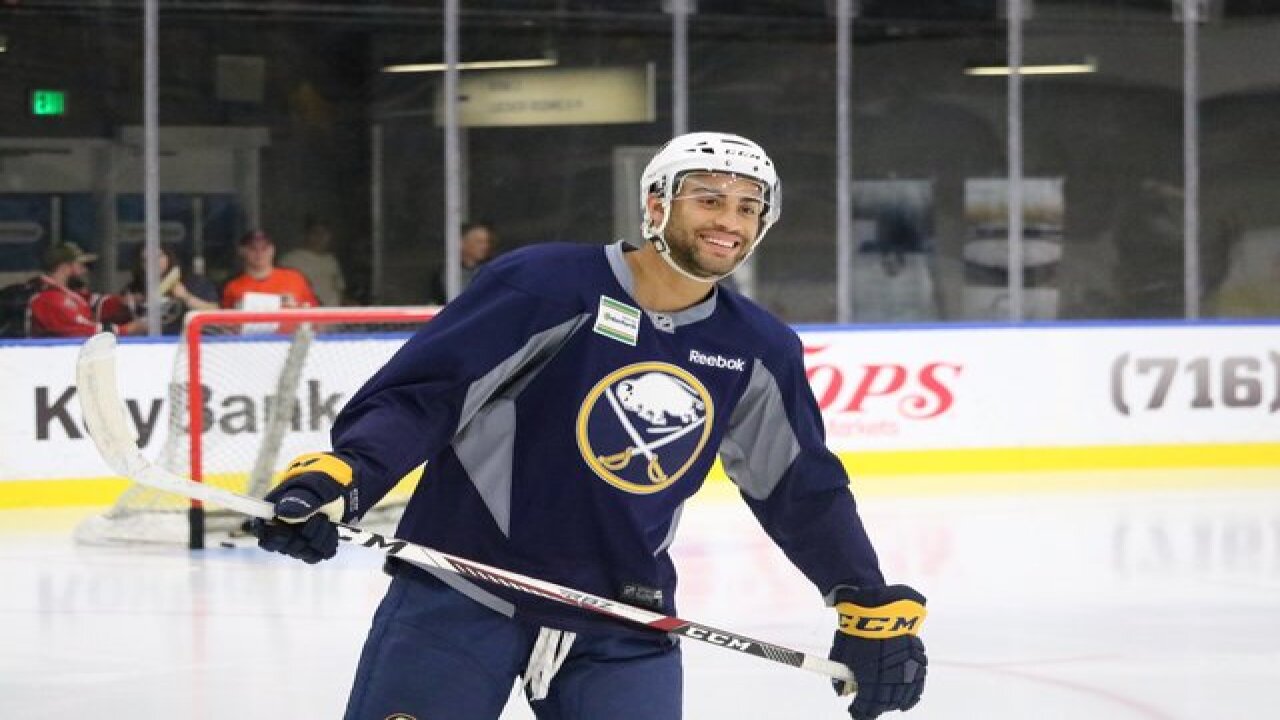 Three days down, one to go. On Monday the Sabres prospects skated in two separate sessions, both lasting about an hour, during the on-ice portion of day three of development camp.

"There's a lot of good competition, there are a lot of great young player that we have here," Justin Bailey said on Monday.

For Bailey, this is his fifth time he has been invited to development camp. As a 'veteran' he knows that it's his job to mentor some of the younger players in the organization, while still focusing on his goal of making the Sabres in October.

"Obviously, you see there are jobs open, and you know for me, I want to finish the summer and do everything in my power or at the end of the day I know I did everything I could to make this team in the fall."

As the players skated on the ice Sabres owner Terry Pegula, GM Jason Botterill and head coach Phil Housley looked on. The trio was joined by a handful of scouts and coaches from both Buffalo and Rochester. Inevitably, some of the skaters at development camp will end up in Rochester, and while that not may be ideal for some, they understand that's okay.

"Obviously Rochester is always a priority but I feel like it's something they're focused on," Sabres prospect Hudson Fasching said. "Like Botterill has said, they want to create a winning culture and I think that shows."

"When you're winning in the AHL and Buffalo is winning as well, you come up and it's the same kind of culture," fellow prospect Nick Baptiste added. "It's not losing or winning, it's a winning attitude no matter where you are."