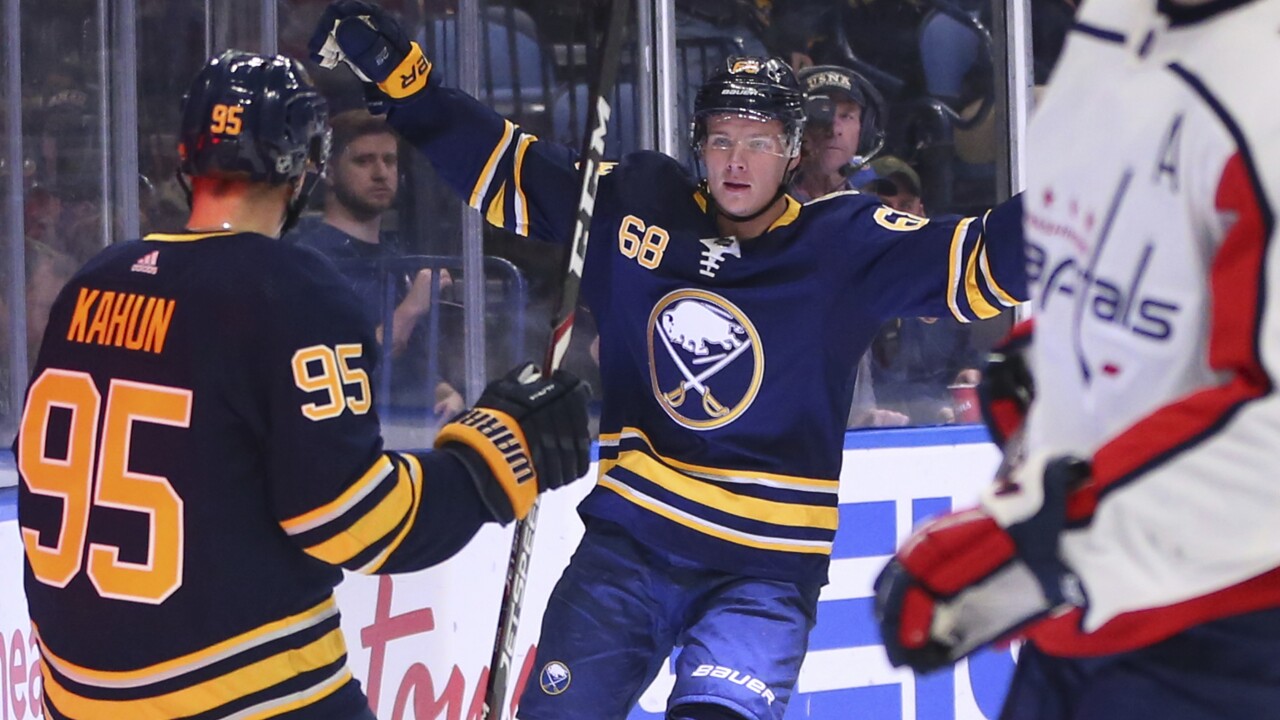 Dominik Kahun scored the shootout winner and Linus Ullmark turned away 33 of the 35 shots he faced in his first game since returning from injury.

Victor Oloffson opened the scoring for the Sabres in the first period, converting on a shot from just inside the slot. The goal puts the Sabres rookie at 20 on the season.

In the second period, the Sabres doubled their lead, as Jack Eichel scored his first goal in seven games, converting on a pass from Rasmus Dahlin on the power play.

However, the Capitals made things interesting thanks to two second period goals from Alex Ovechkin and Dmitry Orlov to force overtime.

The Sabres are back in action on Thursday when they travel to Montreal.