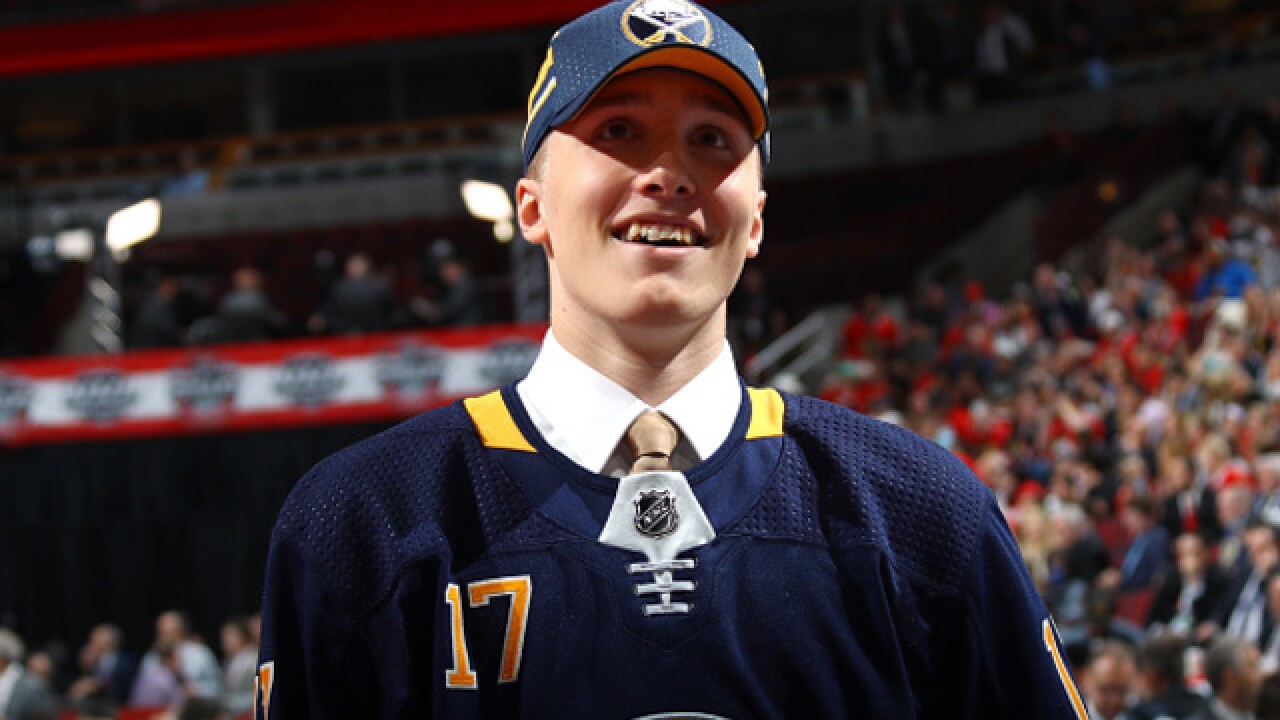 Copyright 2017 Scripps Media, Inc. All rights reserved. This material may not be published, broadcast, rewritten, or redistributed.
Bruce Bennett
<p>CHICAGO, IL - JUNE 24: Ukko-Pekka Luukkonen celebrates after being selected 54th overall by the Buffalo Sabres during the 2017 NHL Draft at the United Center on June 24, 2017 in Chicago, Illinois. (Photo by Bruce Bennett/Getty Images)</p>

#Sabres sign Ukko-Pekka Luukkonen to a three-year entry-level deal. I had to copy and paste his game into this tweet because I still have no idea how to spell it @WKBW

Luukkonen spent the majority of last season with LeKi [on loan] playing professionally in Finland's second division. In 24 games, Luukkonen finished with an 11-11-2 record along with a .909 save percentage and 2.92 goals against average.

Luukkonen also played for Finland in the 2018 World Junior Championships held in Buffalo, starting all five games and posting  a 3.13 goals against average.

This move should come as no surprise considering the Sabres lack of goaltending depth. With Linus Ullmark set to start next season in Buffalo, Luukkonen could likely end up in Rochester while continuing to develop.

With limited exposure to Luukkonen over the years, he's a tough prospect to evaluate. That said, he has all the measurables to be desired and from what scouts have said, has plenty of potential.