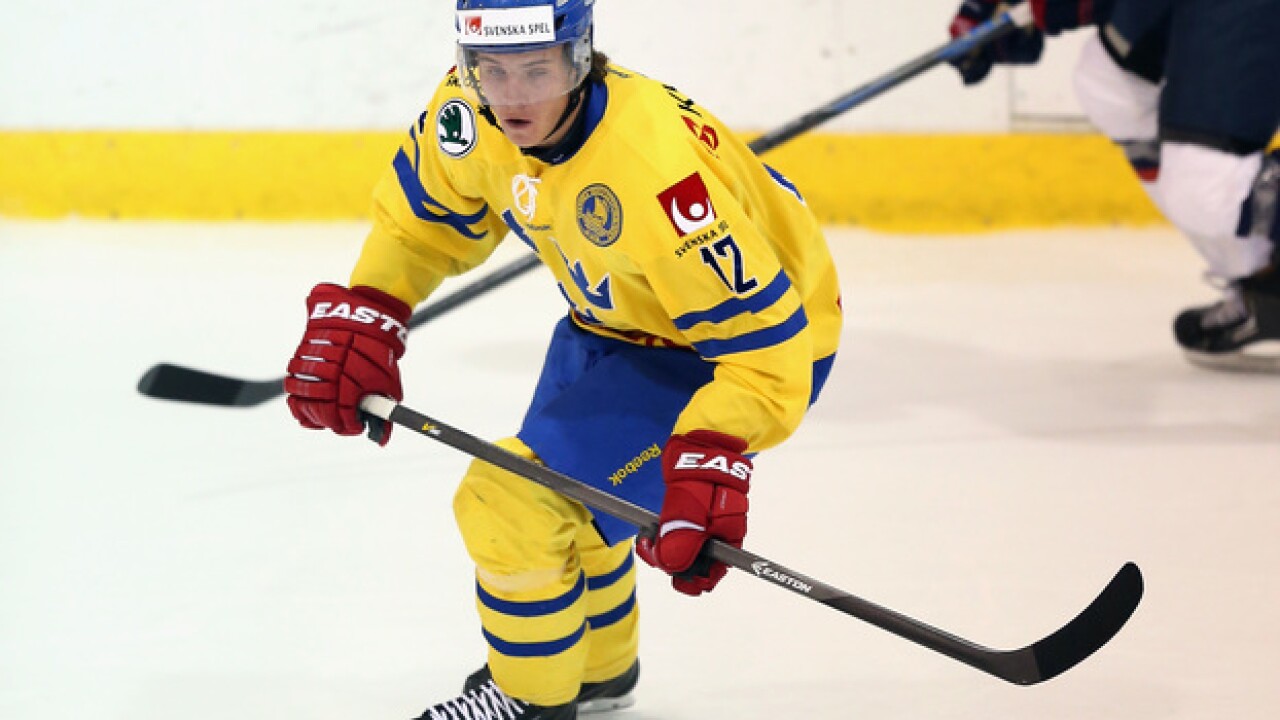 At long last, Buffalo Sabres 2014 draft pick Victor Olofsson is coming to North America. On Tuesday the Sabres announced the Olofsson has agreed to a two-year, entry-level deal.

Olofsson, a Sweden native, lead the SHL [Swedish Hockey League] with 27 goals in the regular season. The 22-year-old winger added 16 assists, finishing with 43 points in 50 games, along with four points in six playoff games.

While this is a nice addition to a Sabres organization that desperately needs scorers, it’s not a shocking move. Earlier this month, Sabres GM Jason Botterill said he was hopeful both Olofsson and Rasmus Asplund would head overseas and play in either Buffalo or Rochester next season. One down, one to go.

Perhaps the Sabres can add another Swede if they win the NHL Draft Lottery on Saturday, allowing them to select top prospect, Rasmus Dahlin.