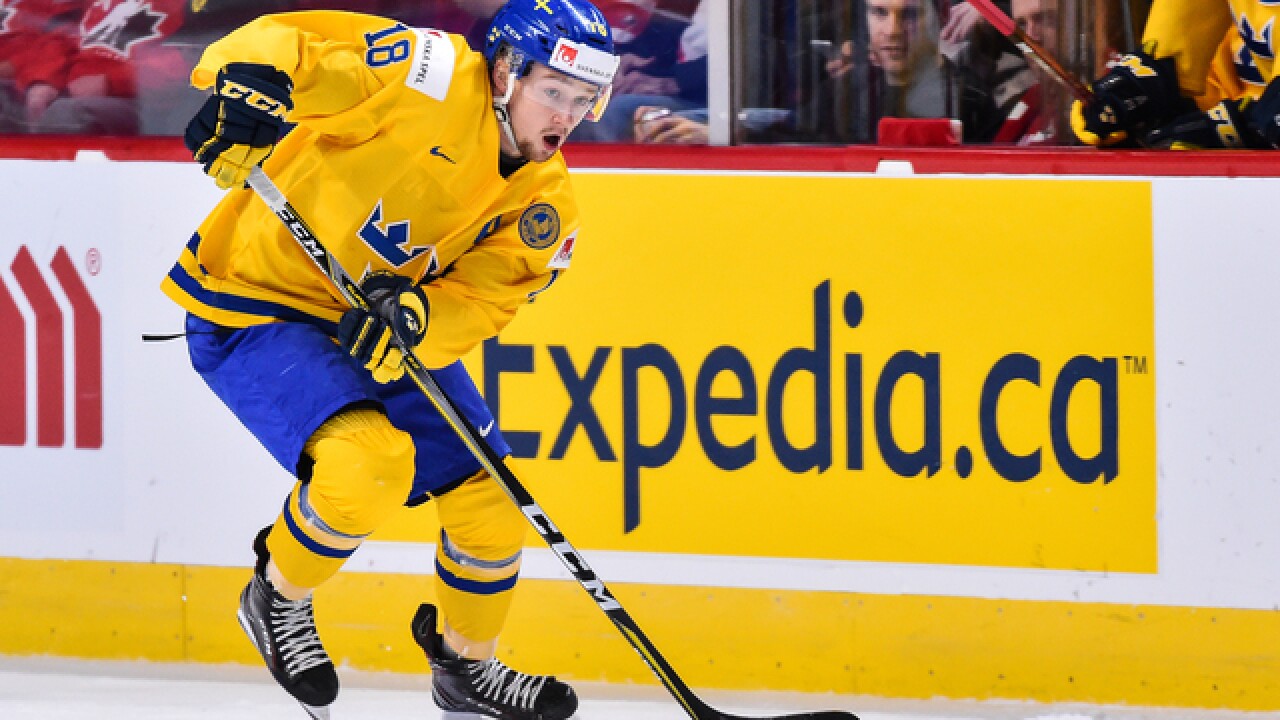 Another Swede is coming to Buffalo. On Wednesday the Buffalo Sabres announced that prospect Rasmus Asplund has agreed to a three-year, entry-level deal.

That was pretty #Sabres pic.twitter.com/QAuudMgrUe

Asplund, a second-round pick in the 2016 NHL Draft, spent this season with Färjestad BK of the Swedish Hockey League, tallying eight goals and 20 assists [28 points] in 50 games. In 170 SHL games spread over the last four seasons, Asplund has 20 goals and 42 assists.

It's no surprise that Asplund is finally coming to North America after GM Jason Botterill openly said he was hoping to get a deal done with the 20-year-old Swede at the end of the season.

That said, this is a very nice addition for the Sabres organization. Asplund could immediately make an impact in Rochester next season and could end up in Buffalo if he has a strong offseason or start with the Amerks.

In years past, Asplund has been of the best players on the ice at Sabres development camp, only to go back to Sweden for another year with Färjestad BK. Now he'll have a chance to build off his offseason work in North America and continue to develop within the organization.

While his numbers in the SHL aren't outstanding, it's important to remember that he's still only 20 and playing against adults.

If nothing else, the possibility of the Sabres having three guys named Rasmus in the lineup at the same time is pretty outstanding.