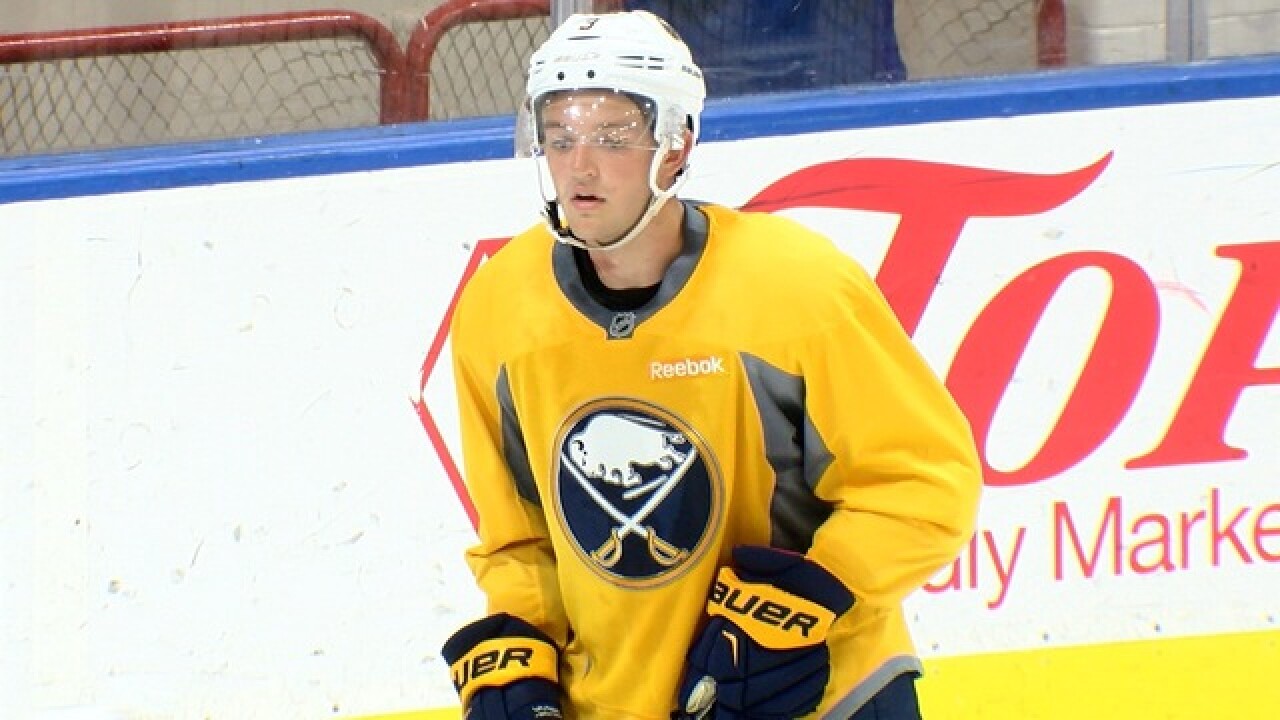 At long last, highly touted prospect Will Borgen is joining the Buffalo Sabres organization. Borgen will forego his senior season with St. Cloud State and join the Rochester Americans as they prepare for a playoff push. His three-year entry-level deal with the Sabres will begin at the start of the 2018-2019 season.

We've signed defenseman Will Borgen of @scsuhuskies_mh to a 3-year entry-level contract.

Borgen will sign an ATO and report to @AmerksHockey . The entry-level contract will begin starting with the 2018-19 season. pic.twitter.com/GxbsblxcNG

Borgen, 21, was a fourth-round selection of the Sabres in the 2015 NHL Draft. In his junior season with the Huskies, Borgen logged big minutes with St. Cloud State, while tallying 15 points in 36 games. Borgen was also on the United State Olympic roster but did not appear in any tournament games.

Will Borgen immediately becomes one of the Buffalo Sabres top prospects, especially on the blue line. Despite never putting up huge numbers in college or even in high school, Borgen has been a consistently dominant defenseman at every level. He's by no means a lock to be a productive NHL player but certainly an intriguing prospect the Sabres couldn't let slip away.

Borgen should also provide a big boost for the Amerks, who clinched a playoff berth Saturday. While it's certainly not the NHL, experiencing high-pressure games in the AHL will only help Borgen's long-term development. With a scarce cupboard of defensive prospects, this is a big win for Sabres GM Jason Botterill.