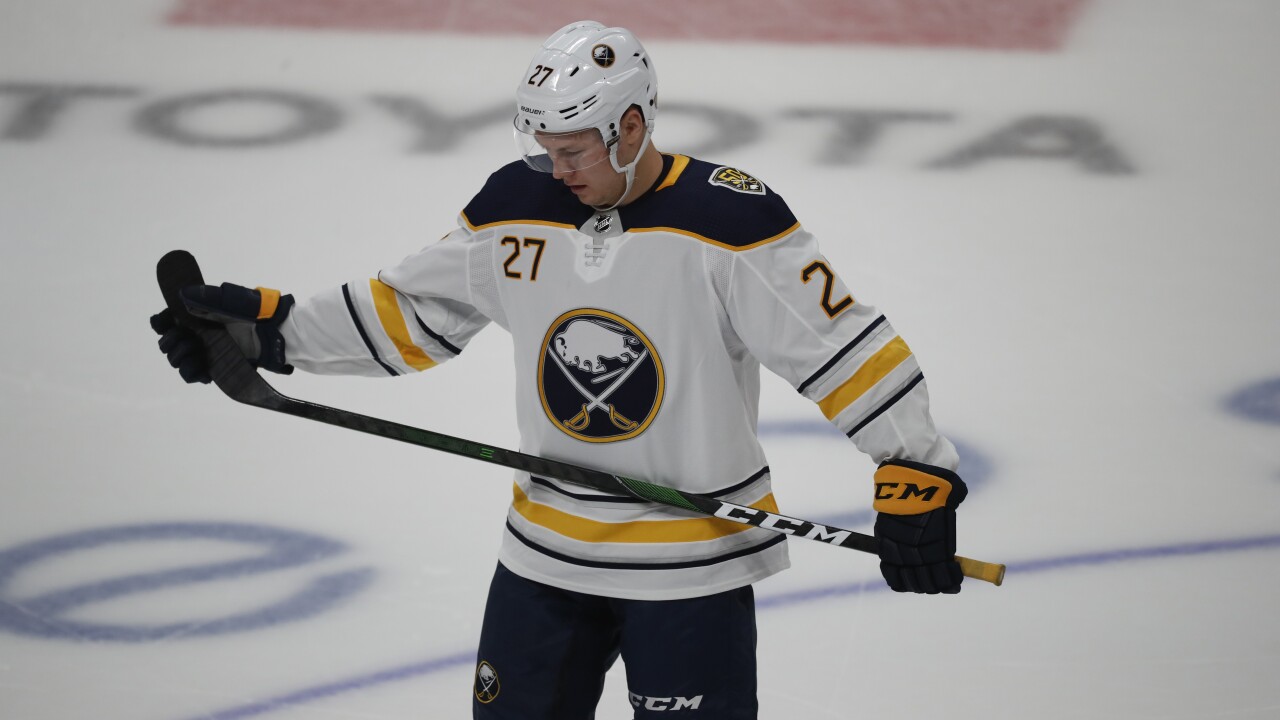 BUFFALO, N.Y. [WKBW] — Curtis Lazar has signed a two-year deal keeping him with the Buffalo Sabres for an average salary of $800,000 per season.

Lazar, 25, signed with the Sabres last season and started the year in Rochester, before becoming a regular contributor in Buffalo.

“Curtis established himself as an important player for the organization last season and we’re excited to see him stay with the Sabres for the next two seasons," Sabres GM Kevyn Adams said. "His abilities as a player and character as a person make him a perfect fit for the Buffalo Sabres organization on and off the ice.”

In 38 games with the Sabres last season, Lazar scored five goals and added five assists. A former first-round pick in 2013, Lazar played up and down the Sabres lineup and is a versatile player who should once again find a role playing on the third or fourth line.