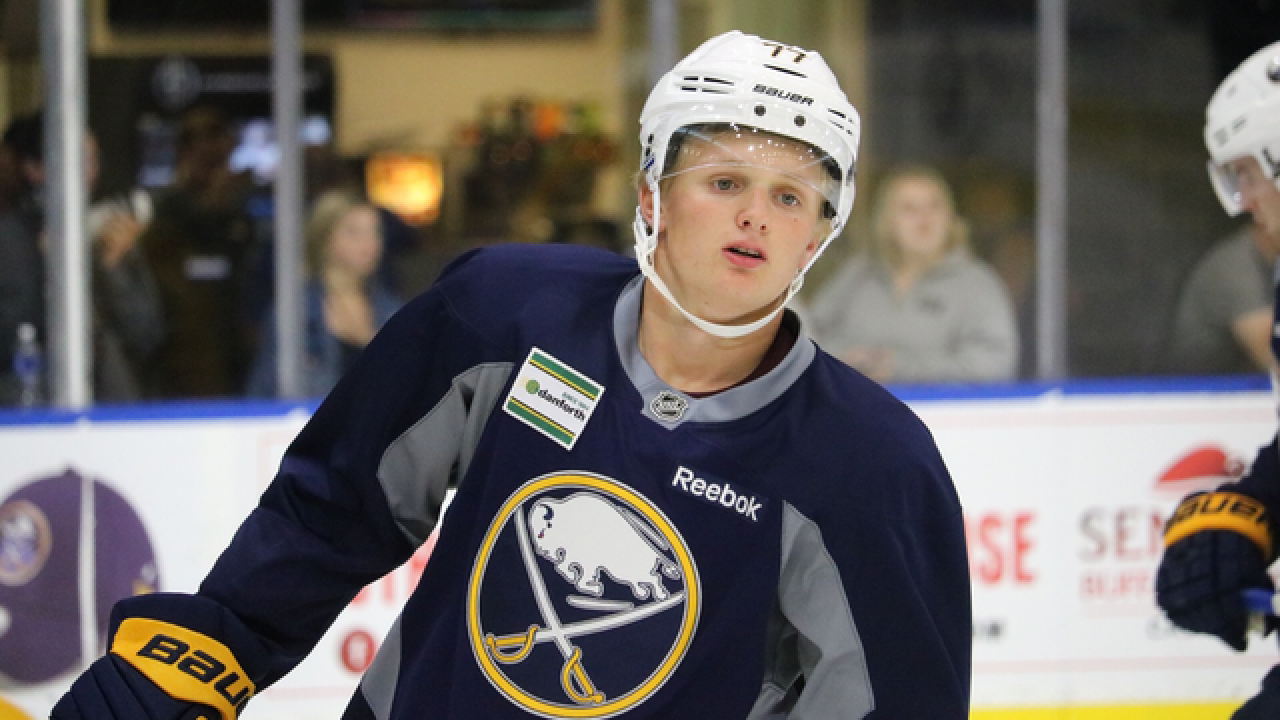 Copyright 2017 Scripps Media, Inc. All rights reserved. This material may not be published, broadcast, rewritten, or redistributed.
<p>Sabres top draft pick won't have to wait until the NHL to wow Buffalo</p>

The waiting game is over, Casey Mittelstadt is joining the Buffalo Sabres.

On Monday the team announced that Mittelstadt has signed a three-year entry level deal with the Sabres.

According to reports, Mittelstadt is expected to report to Buffalo later this week. Mittelstadt, 19, was the Sabres top selection in the 2017 NHL Draft in June. A Minnesota native, Mittelstadt elected to play at the University of Minnesota this season, finishing with 30 points in 34 games as a true freshman.

Bove's take:
In late December and early January, Casey Mittelstadt wowed Western New York at the IIHF World Junior Championships. Turns out, he'll get another chance to put on a show for those same fans later this week.

After a stellar rookie season in Minnesota, Mittelstadt becomes the latest player to leave college after his freshman season and sign with an NHL club. There is no denying that Mittelstadt still needs some time to develop, but many believe he's ready to take his game to the next level.

Unlike Will Borgen, who signed an AHL tryout contract yesterday (along with an entry level deal that begins next season), Mittelstadt will immediately burn a year of his three year deal this season. While getting him to Rochester for a playoff push would've been ideal, signing him and ensuring he's available next season had to be Jason Botterill's biggest priority. After the regular season is complete, Mittelstadt WILL NOT be eligible to report to Rochester.

These next few weeks will be a nice preview of what's to come. If he's stellar, Sabres fans might finally have something to be excited about. If he's not, well, he's still a 19-year-old kid.

While nothing is certain, I fully expect Mittelstadt to be on the Sabres' opening night roster next season. If we learned anything this year it's that the #Sabres are in desperate need of adding talent to their roster, something Mittelstadt can certainly provide.