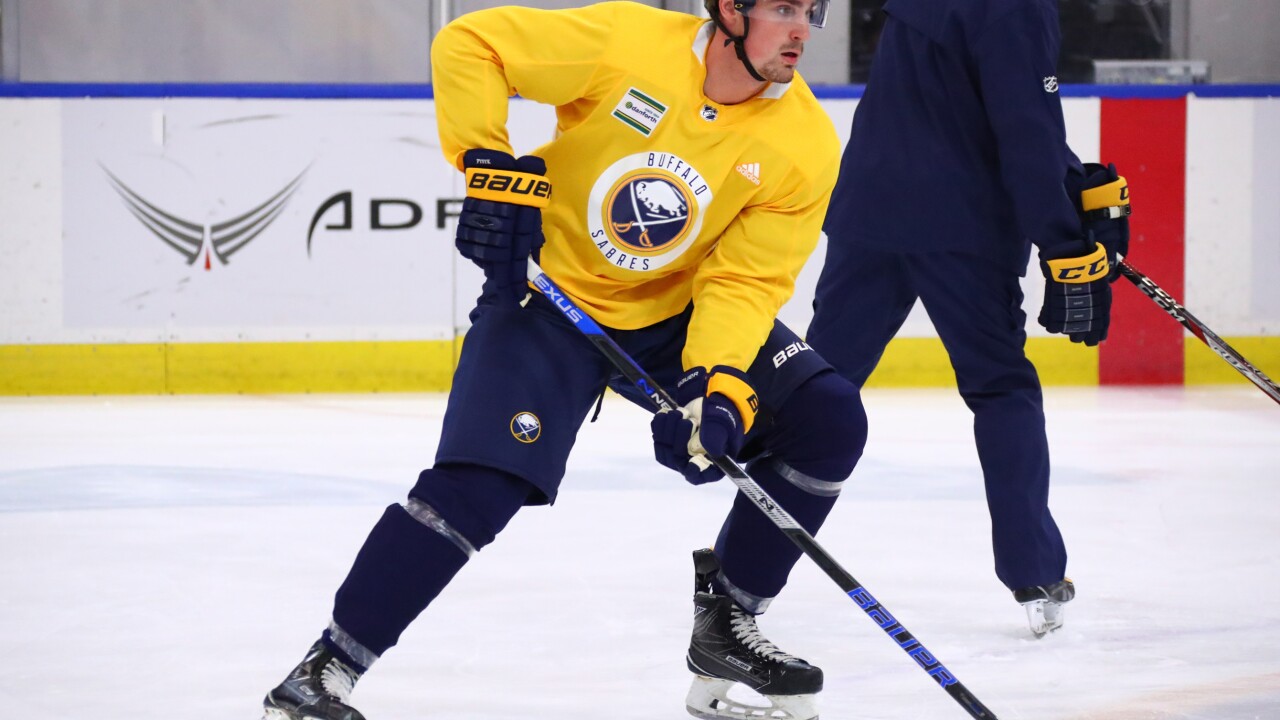 BUFFALO, N.Y. [WKBW] — The Buffalo Sabres announced Friday the team has signed forward Brett Murray to a two-year, entry-level deal. Murray, 22, was selected by the Sabres in the fourth round of the 2016 NHL Draft.

"Brett acclimated very well to the AHL and showed continued improvement throughout the season," Sabres general manager Kevyn Adams said. "He has a unique blend of size and scoring ability, and we're excited to see his development continue."

While with the Rochester Americans last season, Murray had nine goals and 15 assists [24 points] in 55 games played. Before joining the Amerks, he attended Sabres development camp without plans for the 2019 season. His performance at camp earned him a one-year deal with Rochester, where he led all rookies in goals.

Casey Mittelstadt gains the zone and feeds Brett Murray for the nice finish. Amerks lead Syracuse 3-1 in the 2nd. pic.twitter.com/hju9L14Ct3

*The above photo is courtesy of Buffalo Sabres/Bill Wippert