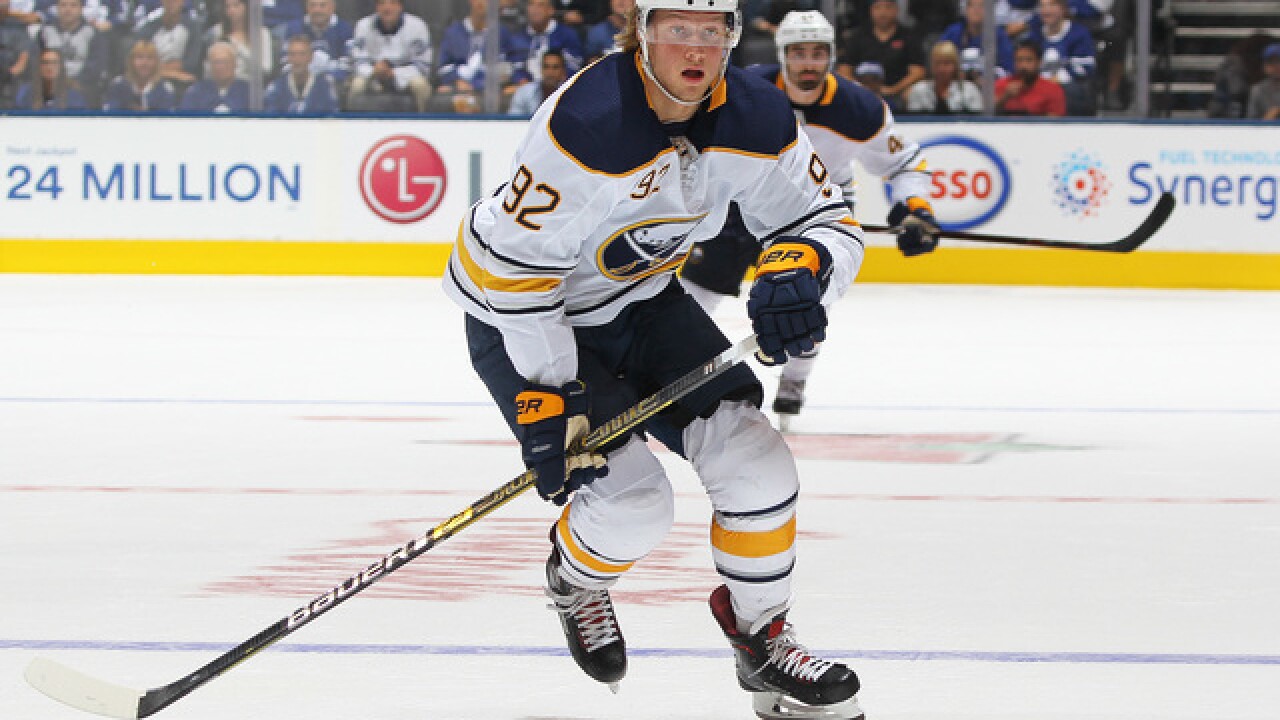 Copyright 2018 Scripps Media, Inc. All rights reserved. This material may not be published, broadcast, rewritten, or redistributed.
Claus Andersen
<p>TORONTO,ON - SEPTEMBER 21: Alexander Nylander #92 of the Buffalo Sabres skates against the Toronto Maple Leafs during an NHL pre-season game at Scotiabank Arena on September 21, 2018 in Toronto, Ontario, Canada. The Maple Leafs defeated the Sabres 5-3. (Photo by Claus Andersen/Getty Images)</p>

Neither Alex Nylander or Brendan Guhle will be in the Buffalo Sabres opening night lineup. On Monday the team announced both Nylander, Guhle and defenseman Brandon Hickey have been sent to Rochester [AHL] as the Sabres finalize their roster.

Nylander, a 2016 first round pick, had his strongest training camp as a Sabre, but just missed making the roster.

Guhle, who played 18 games with the Sabres last season, will also return to Rochester, where he tallied 26 points in 50 games last season.

Buffalo opens the regular season against the Boston Bruins on Thursday.