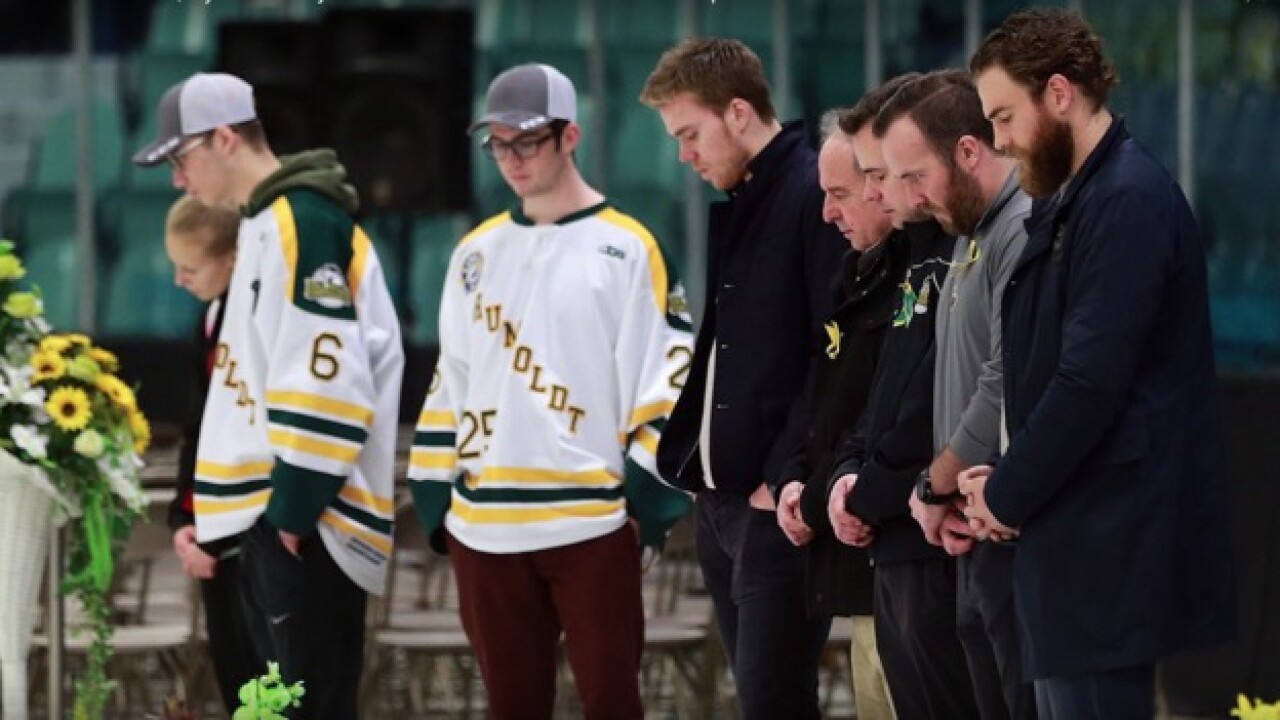 When O'Reilly heard about the tragedy in Humbolt that took 16 lives, the Sabres alternate captain knew he wanted to reach out and help a community in need. On Tuesday O'Reilly joined Edmonton Oilers captain Connor McDavid and junior hockey executive Sherry Bassin on a visit to Saskatchewan.

"To help put some smiles on some faces, and just be part of this community for a little, was heavy, it weighs heavy to be around and see these faces," O'Reilly told the Saskatoon StarPhoenix. "Right away when I heard it, I'd just come off the ice in Tampa and one of the guys told me you just think of how many bus trips you've been on and how close you are at that age."

Both McDavid and O'Reilly played for the Erie Otters in the OHL before they were drafted. While the two hoped to stay under the radar during the trip, they both said it was important to reach out during this difficult time.

“It’s a heavy day,” O'Reilly added. “Being at the hospital to see some of the guys was very special. Going to the one school, when Connor [McDavid] walked in, one of the kids there had an Oilers shirt on and he just broke down crying. He was just so shocked to see him. It was pretty special to be part of that and witness that; how coming here made such an impact.”