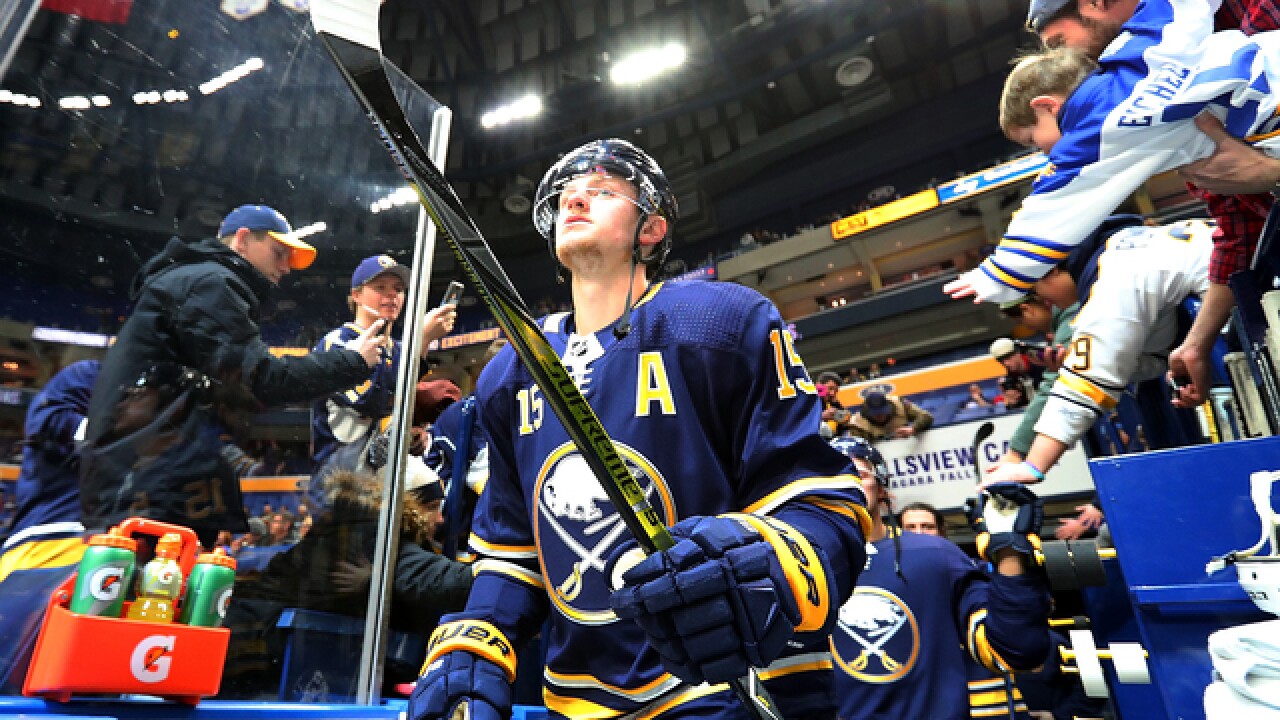 Copyright 2018 Scripps Media, Inc. All rights reserved. This material may not be published, broadcast, rewritten, or redistributed.
Kevin Hoffman
<p>BUFFALO, NY - JANUARY 9: Jack Eichel #15 of the Buffalo Sabres heads to the ice to warm up before the game against the Winnipeg Jets at the KeyBank Center on January 9, 2018 in Buffalo, New York. (Photo by Kevin Hoffman/Getty Images)</p>

For the third time in five seasons, the Buffalo Sabres will finish the season with the worst record in the NHL. With their 4-2 loss to the Ottawa Senators on Wednesday, the Sabres become the first team in league history to finish in 31st place.

Calling this season a disaster would be putting it lightly.  With just 11 wins at KeyBank Center, the Sabres tie a franchise record for the fewest wins on home ice in a season. What's even worse -- that stat includes seasons shortened by the lockout(s). It's safe to say the 2017-2018 team will go down as one of the worst teams in franchise history.

For the third time in the last five seasons the Buffalo Sabres will finish with the worst record in the NHL. pic.twitter.com/XDNkbywWWe

More to be desired

As we've said with Mittelstadt since his arrival in Buffalo, forming an opinion on a player after just a few games is unfair. That said, Nylander left plenty to be desired after his 2017-2018 Sabres debut.

In the first period, Nylander was gift wrapped two quality chances on the same shift, failing to convert on both. In the second period, Nylander picked up the puck in the defensive zone and had just one defender to beat. Instead, he was pickpocketed by Senators third line center Zack Smith.

An impressive outing for Nylander in the next two games would be nice to see. But his performance in the summer will be what makes or breaks his chances of making the team out of training camp.

In his four games with the Sabres, Casey Mittelstadt has some pretty weird assists. On Wednesday Mittelstadt tallied his third helper in four games on Kyle Okposo's goal. While Mittelstadt still hasn't found the back of the net, he's making some nice plays at both ends of the ice.

As with Nylander, a big summer for Mittelstadt will go a long way. I'm expecting Mittelstadt to make the team out of training camp. But if the Sabres are going to improve, they'll need some serious production out of their 19-year-old forward.

It says a lot that Victor Antipin was the rookie of the year on this team. That's not so much a knock on him, but an indication of how little production the Sabres got from their younger players. As for Girgensons, he was asked to do a lot this season, moving up and down the lineup. While he didn't produce offensively, Girgensons worked his tail off nearly every time he was on the ice.

Time to start thinking about the draft

Here's a handy breakdown of how the odds work: