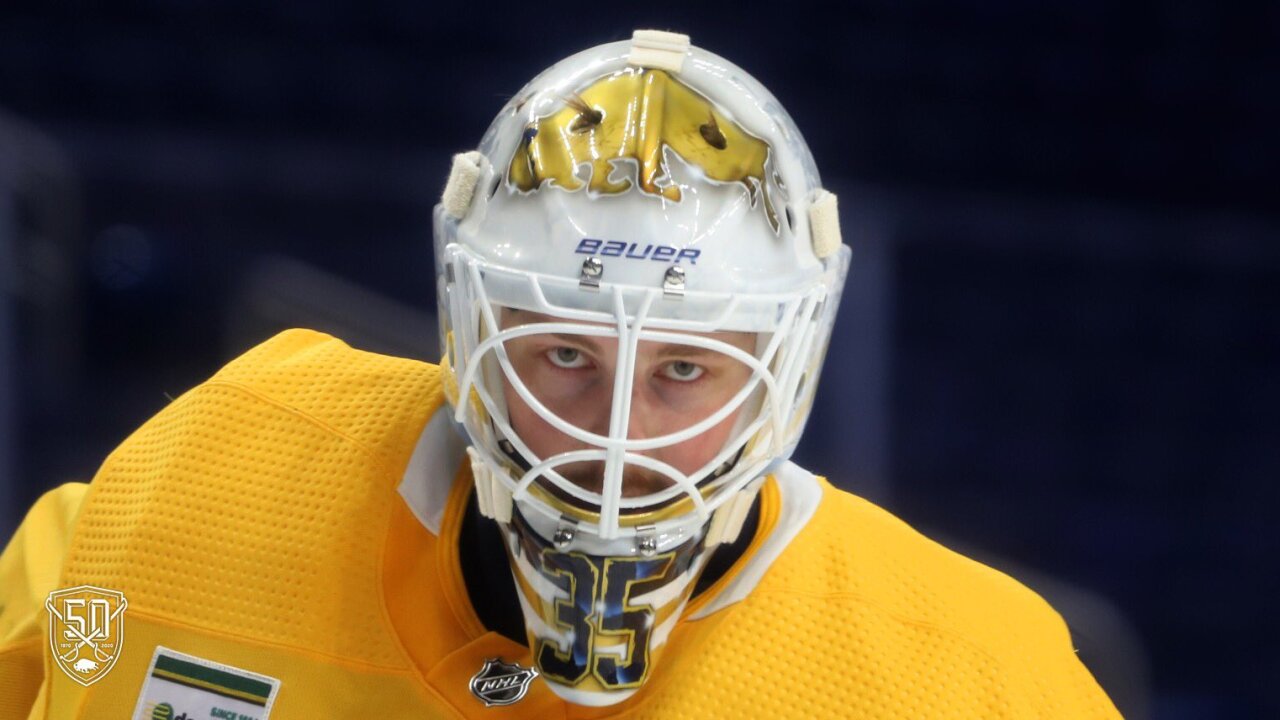 BUFFALO, N.Y. (WKBW) — Not only are Linus Ullmark and Carter Hutton competing for the starting goalie job with the Sabres; they're competing for best gold goalie mask.

Back in September we showed you Carter Hutton's gorgeous mask honoring the team's 50th anniversary season; now backup goalie Linus Ullmark has a beautiful gold mask of his own.

The gold.
The greats.@Icebeardude’s new mask has it all. 🙌#Sabres50 pic.twitter.com/FDN2AkAYLr