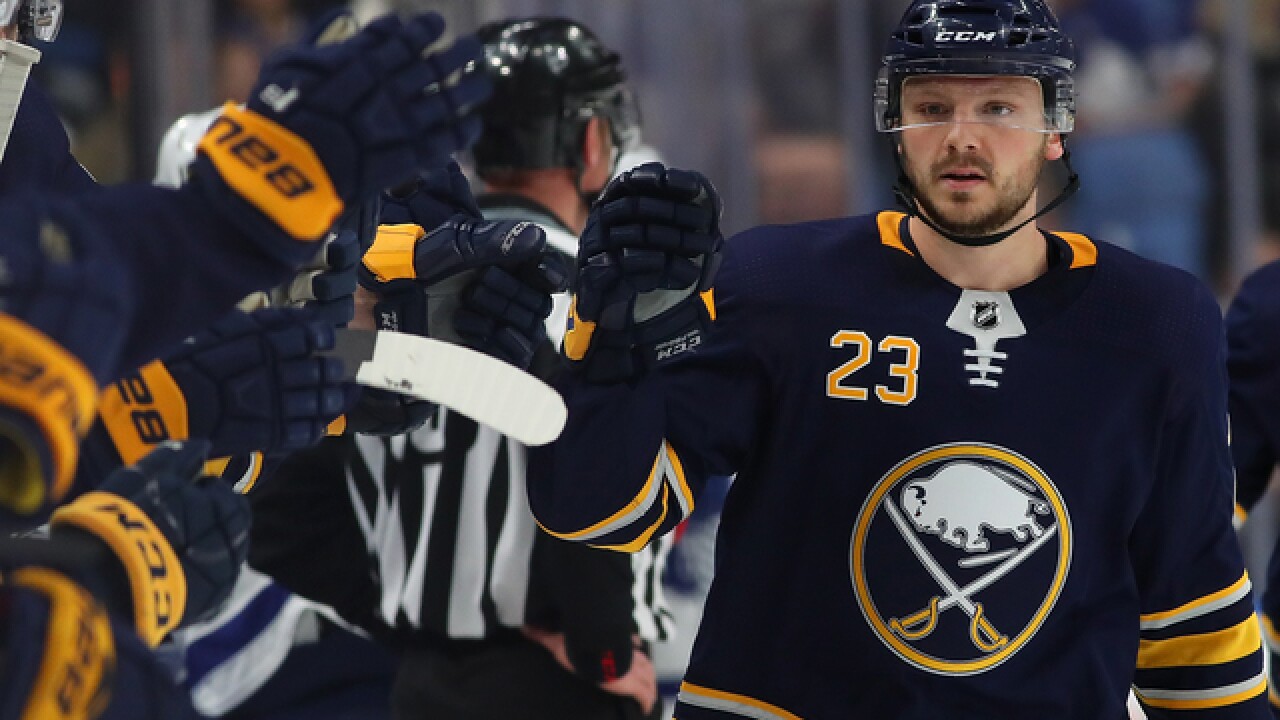 As hockey season rapidly approaches Buffalo Sabres forward Sam Reinhart remains without a new contract. Reinhart became a restricted free agent this summer and with every passing day, the question becomes -- when will the Sabres resign their third-leading scorer from last season?

“It’s a situation where we having continuing ongoing conversations with him and his agent," Sabres GM Jason Botterill told reporters in Rochester on Tuesday. "As we know, Sam is going to be a big part of our team moving forward here. It’s just a matter of us finding a contract that’s fair for both sides and things are positive from that standpoint. There is a dialogue that continues there."

When asked if he was at all concerned that a deal has yet to get done, Botterill said he's confident the two sides will work things out.

“You always have to be optimistic and you always feel that something is going [to get done]. There is plenty of time here before camp gets going so we’re very optimistic that we will get something done.”

Reinhart, 22, tallied 50 points in 82 games with the Sabres last season. After an abysmal start to the year for the former second-overall pick, Reinhart registered 39 points after the calendar turned from 2017 to 2018.