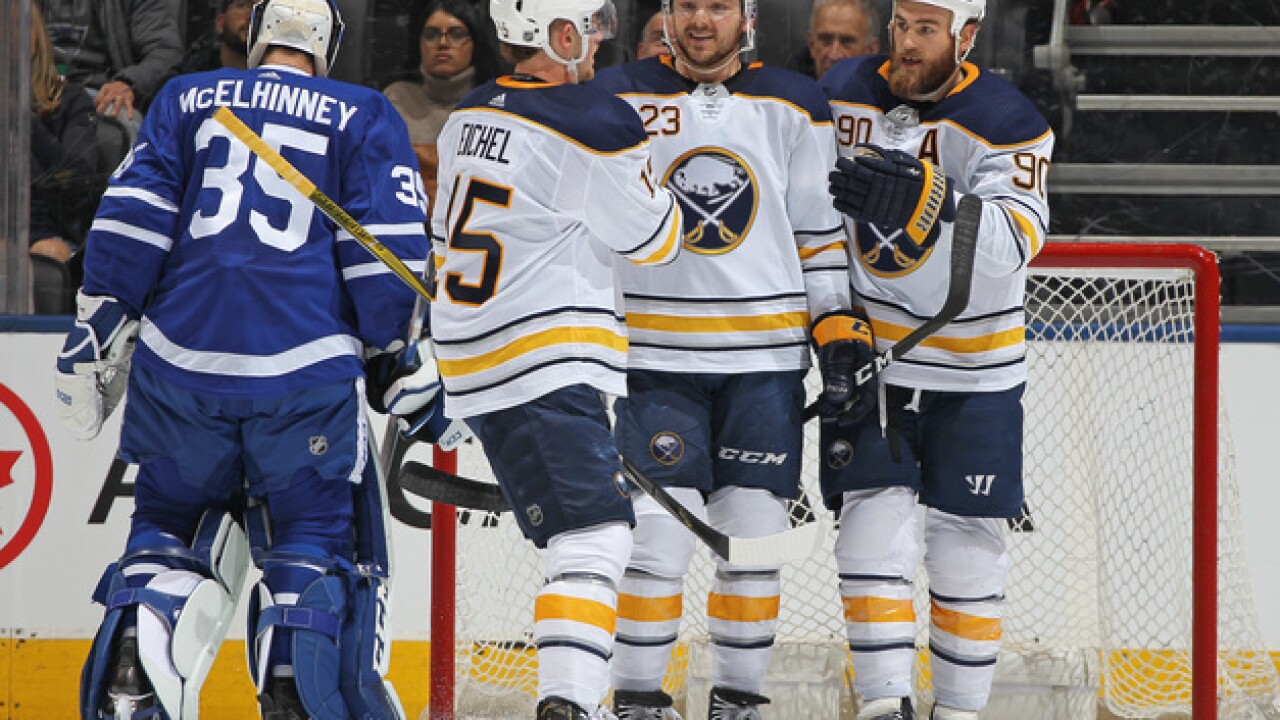 Copyright 2018 Scripps Media, Inc. All rights reserved. This material may not be published, broadcast, rewritten, or redistributed.
Claus Andersen
<p>TORONTO, ON - APRIL 2: Sam Reinhart #23 of the Buffalo Sabres celebrates a goal with teammates Jack Eichel #15 and Ryan O'Reilly #90 against the Toronto Maple Leafs during an NHL game at the Air Canada Centre on April 2, 2018 in Toronto, Ontario, Canada. (Photo by Claus Andersen/Getty Images)</p>

Jack Eichel wants to make it clear -- he never had any problems with former teammate Ryan O'Reilly. In the newest episode of the Spittin' Chiclets podcast from Barstool Sports, Eichel was asked about the Sabres big offseason shakeup when O'Reilly was traded to St. Louis.

"There are kind of like rumors out there that me and him had problems which are kind of like ridiculous," Eichel said. "It's kind of crazy because we were actually really tight and he was one of my best buddies and I just kind of wanted to put those to rest."

Eichel went on to explain how the situation was overblown and how the rumors started when O'Reilly didn't fist-bump him after scoring a goal. According to Eichel, the two had heard the rumblings and intentionally had some fun with the rumors by intentionally ignoring each other after the team had scored a goal.

"He scored a goal last year and I went over to give him knucks and he kind of breezed me as a joke and the Buffalo media ran with it," Eichel added. "Me and him were dying laughing so we started thinking every time one of us scores [we'll] breeze the other guy and everyone will think we don't like each other. So we were messing around with it obviously."