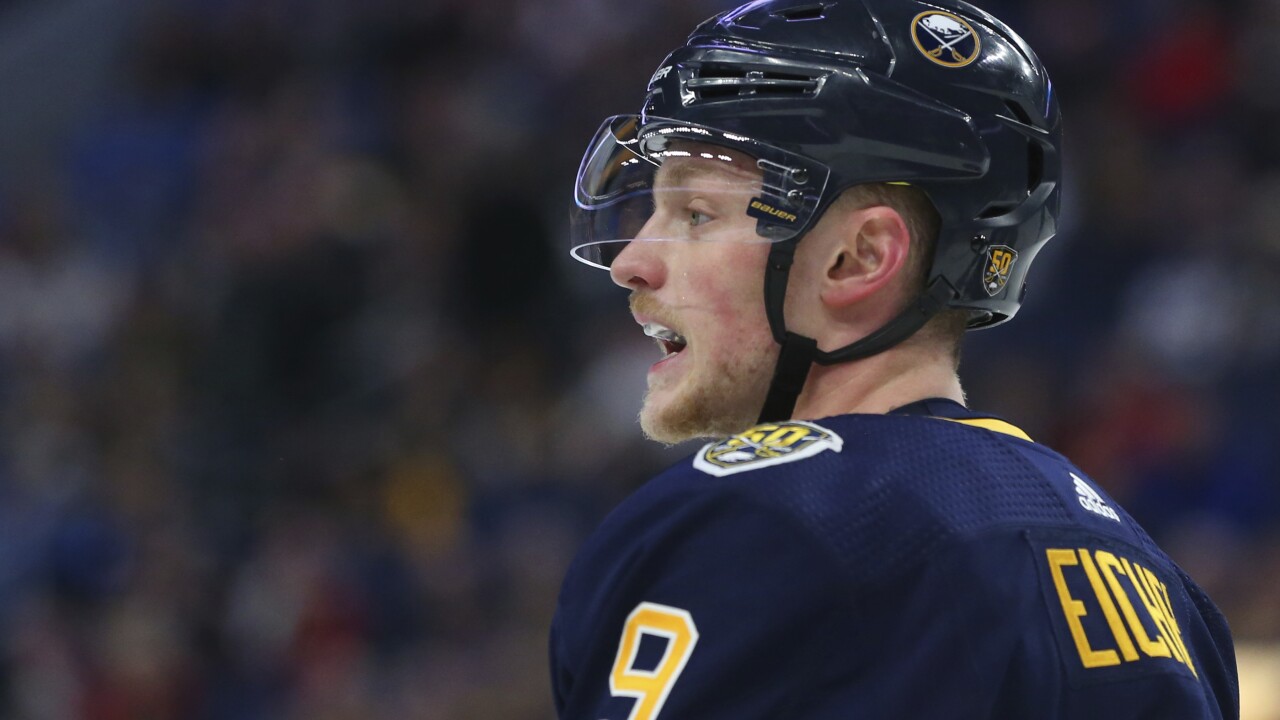 BUFFALO, N.Y. (WKBW) — Buffalo Sabres captain Jack Eichel has spent the last few weeks just like the rest of us. He watched the popular Netflix documentary "Tiger King", he's finding chores to do around the house and he's trying to stay busy.

With the NHL season on pause, there isn't much else for the 23-year-old superstar to do.

"In my mind, obviously I love hockey and it means so much to me but right now it's kind of on the back burner," Jack Eichel said on Monday.

Eichel spoke with reporters on a video chat and a conference call for the first time since the NHL suspended play more than two weeks ago. The Sabres were set to play the Montreal Canadiens on March 12 but the game was postponed, as the NHL announced they would shut things down for the foreseeable future. Now Eichel and the rest of his teammates are wondering if they'll play another game this season.

"I think there's a lot of hope that we may see some closure but you really never know."

There have been a lot of proposed solutions as to what the NHL should do moving forward. But with the COVID-19 pandemic ongoing nationwide, the league still hasn't made a decision.

“It’s a tough situation to predict right now," Eichel said. "We really don’t know what tomorrow holds, never mind a month from now so it’s tough to predict the hockey aspect of life. Obviously, it would be tough to say if the league knows what we’re going to do because I don’t really think the world knows what’s going to happen in a few weeks.”