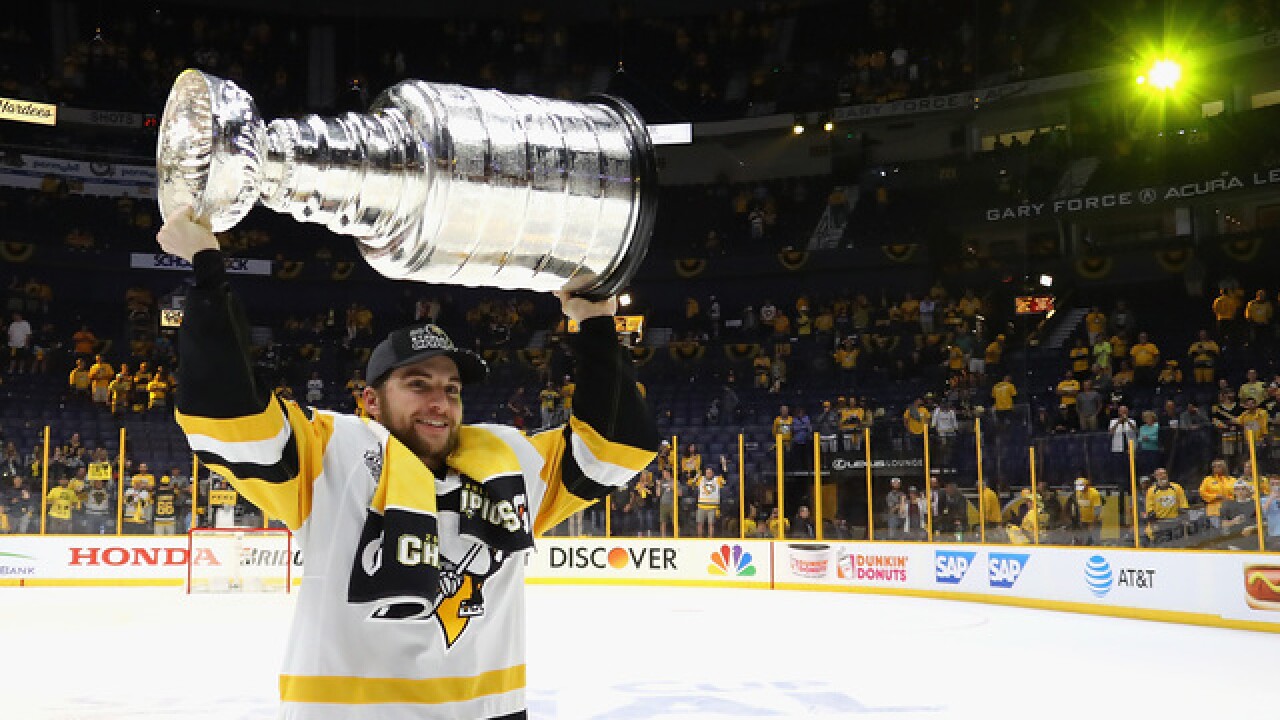 Copyright 2018 Scripps Media, Inc. All rights reserved. This material may not be published, broadcast, rewritten, or redistributed.
Bruce Bennett
<p>NASHVILLE, TN - JUNE 11: Conor Sheary #43 of the Pittsburgh Penguins celebrates with the Stanley Cup trophy after defeating the Nashville Predators 2-0 in Game Six of the 2017 NHL Stanley Cup Final at the Bridgestone Arena on June 11, 2017 in Nashville, Tennessee. (Photo by Bruce Bennett/Getty Images)</p>

Buffalo Sabres general manager Jason Botterill didn't wait for free agency to start wheeling and dealing. On Wednesday, Botterill called up his former boss and made a deal with the Pittsburgh Penguins, sending left-winger Conor Sheary and defenseman Matt Hunwick to the Sabres in exchange for a conditional 2019 fourth-round pick, according to multiple reports.

Love the Sheary addition. Botterill obviously knows all about him and his time was running out in Pittsburgh. Smart player who can play with talented players #Sabres

The #Sabres took Hunwick to add Sheary. BUF has the cap space to make this work and desperately needed help at LW. Sheary is coming off a down season but he's better than anything the Sabres currently have on their roster @WKBW

Hunwick, 33, appeared in 42 games with the Penguins last year, scoring 10 points. Like Sheary, Hunwick also has two-years left on his contract with a $2.25 million cap hit.