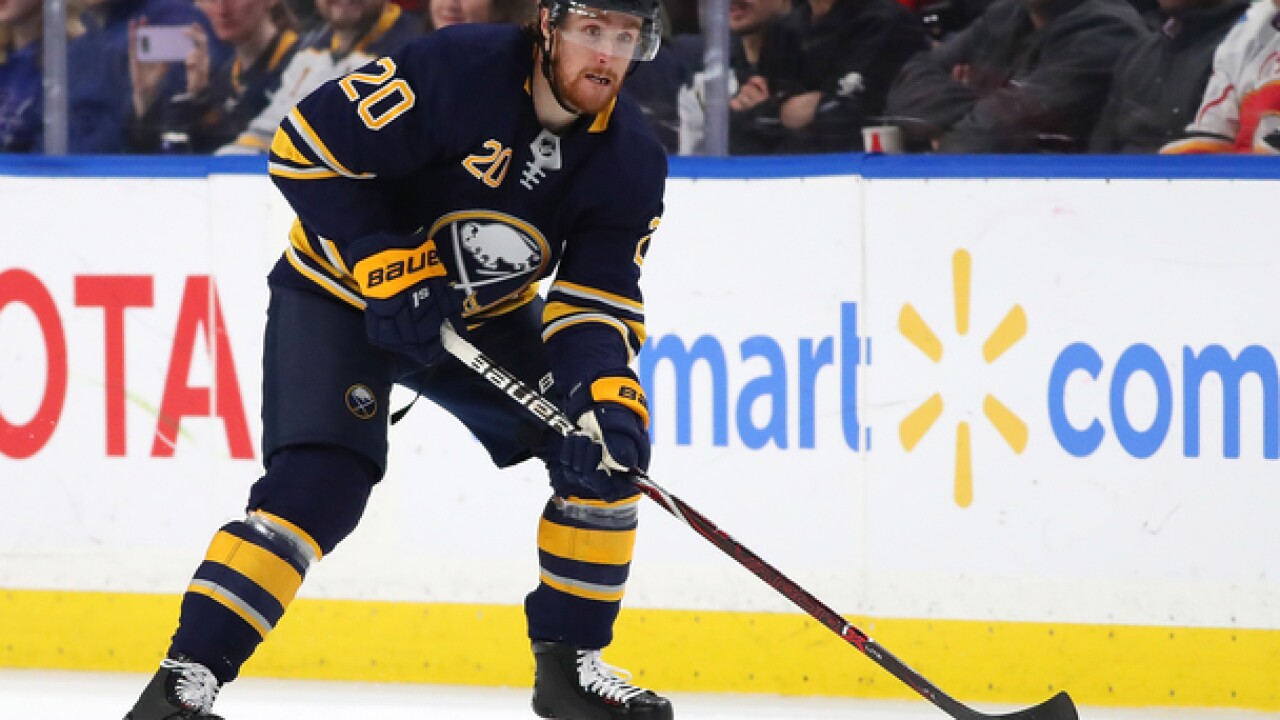 Copyright 2018 Scripps Media, Inc. All rights reserved. This material may not be published, broadcast, rewritten, or redistributed.
Kevin Hoffman
<p>BUFFALO, NY - MARCH 7: Scott Wilson #20 of the Buffalo Sabres skates up ice with the puck during the second period against the Calgary Flames at KeyBank Center on March 7, 2018 in Buffalo, New York. (Photo by Kevin Hoffman/Getty Images)</p>

Scott Wilson is coming back to Buffalo. On Sunday the Buffalo Sabres announced that they've signed Wilson to a two-year deal worth $1.05 million per season.

Wilson, 26, was traded to the Sabres last season from the Detroit Red Wings. While with Buffalo, Wilson scored six goals and added eight assists in 49 games.

This is another smart move for the Sabres. Last season Wilson proved to be a versatile contributor with the blue and gold. While he will never wow anyone offensively, he can move up and down the lineup and play a big role killing penalties.

With a very reasonable contract, Wilson provides the Sabres with depth and playoff experience, dating back to his time with the Pittsburgh Penguins. At times last season, Wilson was propelled to the Sabres top line because of injuries and lack of depth. Moving forward, if Wilson can play a primary role in the bottom six, Wilson seems like the perfect fit.