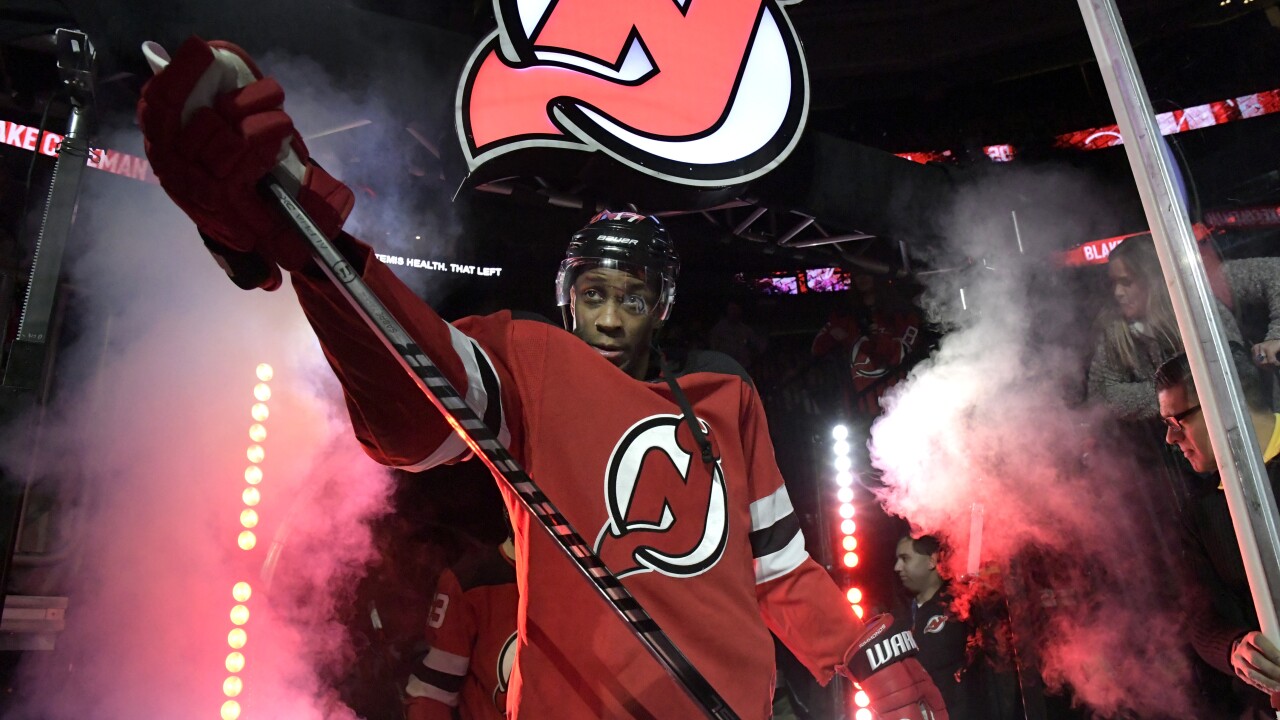 BUFFALO, N.Y. [WKBW] — Just a few hours before the NHL trade deadline the Buffalo Sabres have traded for winger Wayne Simmonds, acquiring the 31-year-old forward from the New Jersey Devils in exchange for a conditional fifth-round pick.

According to Frank Seravalli of TSN, the fifth-round pick becomes a fourth-round pick if the Sabres make the playoffs.

The Devils will also retain 50 percent of Simmonds' $5M salary, according to Pierre LeBrun.

In 61 games this season, Simmonds has eight goals and 16 assists. Simmonds becomes an unrestricted free agent on July 1.

I have no issue with this deal, espeically with New Jersey retaining half of Simmonds' salary.

He's not a huge upgrade for the offense but he's better than some of the players they currently have. Ask yourself this question -- would you rather have Simmonds of Frolik on the ice? For me the answer is Simmonds.

If he turns into a nice addition the Sabres could attempt to resign him in the offseason. If he doesn't, well, it only cost the Sabres a fourth or a fifth-round pick.

Not a blockbuster but not a bad deal for Jason Botterill to start the day.