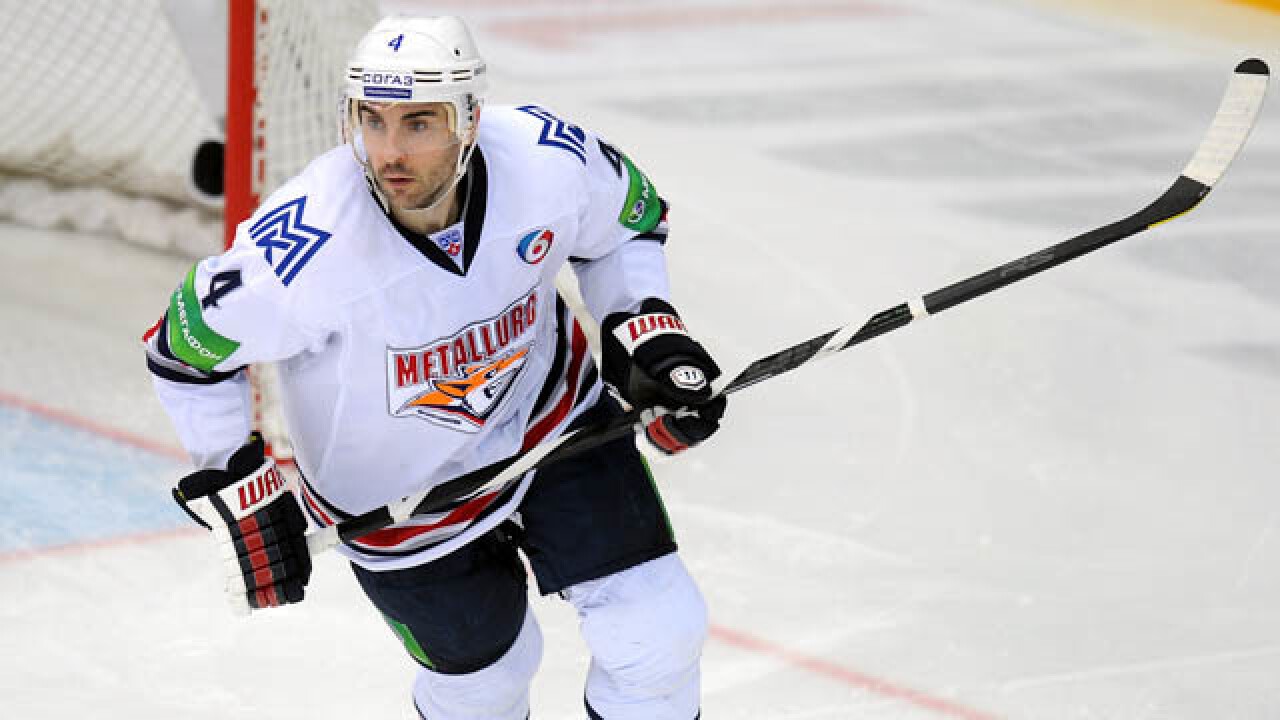 Just when you thought things couldn't get any more interesting, another big name defenseman from Russia has decided it might be time to test the waters in the NHL.  According to KHL Insider Aivis Kalni?š, Viktor Antipin's defensive partner  Chris Lee is looking to make the move overseas and has terminated his contract with Metallurg Magnitogorsk [KHL].

Hearing Chris Lee has left Magnitagorsk Metallurg to pursue options in the NHL.

Lee, 36, has spent the last four seasons with Metallurg and put up some eye-opening numbers, including  65 points (14G, 51A) in 60 games this year. Statistically, least season was Lee's best, but the SUNY Potsdam grad has consistently had impressive offensive numbers over the last four seasons.

In a somewhat surprising move, Lee joined Team Canada in the 2017 IIHF World Hockey Championships and appeared in seven games, finishing with two assists. Lee played mostly third pair minutes but held his own on Canada's way to a silver medal.

Cooper describes Chris Lee as savvy with the puck. Calms things down and is good on the PP. Lee is looking for work in North America.

Let's not get ahead of ourselves just yet, but it would make a lot of sense for Sabres GM Jason Botterill to at least explore the option of adding Lee to an entry-level contract. At this point, that is purely speculation, but the connection and success Lee and Antipin have shared is obvious.

And speaking of Antipin, on Tuesday Botterill joined 'The Instigators' on WGR 550 and answered some of the biggest questions Sabres fans have, including the status of the 24-year-old Russian defender.

"I can't officially say anything in that regards just yet, but I'm excited about the possibility," Botterill said on the show with a smirk. "He's the type of player that this organization needs to find a way to bring in."

Botterill added that it's no secret the Sabres have to address and improve their blue line, finding players (like Antipin) who can move the puck.

"Who knows if it's going to hit big, but you have to find different ways to improve your team."

Oh boy, I wasn't expecting Chris Lee to make the move to the NHL. He'll get offers after a stellar season, but does it make sense for the Sabres to add both Antipin and Lee?

In short, yes and no.

It's obvious, he and Antipin were a dynamic duo last season in the KHL and the pair can build on that success next season in Buffalo. Like with Antipin, it's a low-risk move and there's a lot to like about Lee.

When the puck drops and the 2017-2018 NHL season begins Lee will be 37-years-old. Do the Sabres really want to take a shot on a guy who is that *old* and has never played in the NHL?

Right now I don't really have an opinion and can see both sides of the discussion, but if I had to make a decision today I'd say bring him in, the more the merrier.