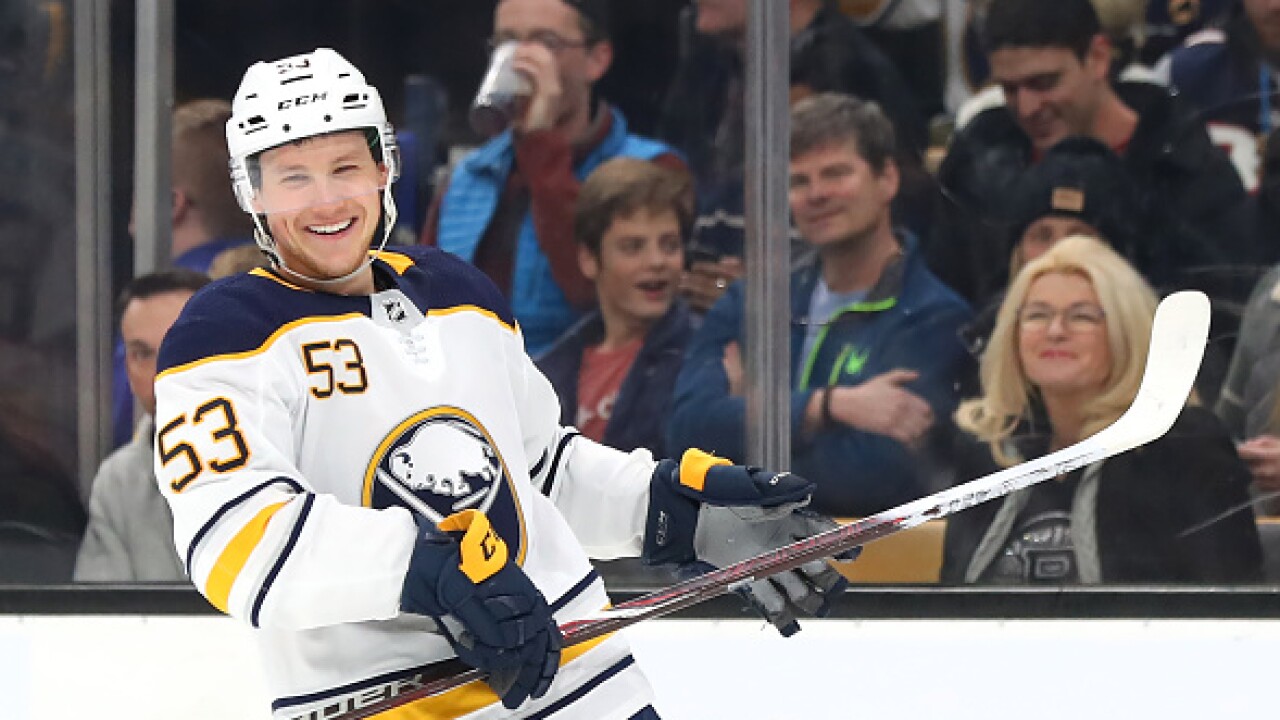 BUFFALO, N.Y. (WKBW) — Jeff Skinner will be staying in Buffalo for a long time.

On Friday evening the team announced that Skinner and the Sabres have agreed to an eight-year deal worth $9M per season.

In his first season with the Sabres, Skinner scored 40 goals and tallied 63 points while playing in all 82 regular season games.

Skinner, who recently turned 27, was set to become an unrestricted free agent on July 1, free to sign with any team.

For months, Sabres general manager Jason Botterill has been adamant that signing the proven goal scorer to an extension was a priority.

While the negotiations may have taken longer than some fans may have hoped, Skinner will now remain under contract with the Sabres through the 2026-2027 season.

Since the 2015-2016 season, Jeff Skinner has the third most even-strength goals in the NHL. Only Patrick Kane and Alex Ovechkin have more.

There are plenty of stats and tidbits that show just how dominant Skinner has been but this one takes the cake, at least if you’re asking me. Goal scorers don’t grow on trees and in Buffalo, they’ve been few and far between.

Some fans are concerned about the price the Sabres paid. While understandable, when a player is nearing free agency, rarely is the new contract going to be a team friendly deal. That’s especially true when you look at the season Skinner had last year.

With Jason Botterill’s lackluster return in the Ryan O’Reilly trade last July, the Sabres GM couldn’t afford to watch Skinner walk away in free agency. Fortunately for Botterill and the fan base, Skinner certainly looks like he has several solid years left in him, especially if surrounded with talent. I’m not sure if he’ll consistently reach the 40-goal mark but I’d bet he surpasses 30 goals several more times as a Sabre.

Jeff Skinner exceeded expectations his first year in Buffalo. Now it’s time for him to get paid and there are some fans who don’t want him signed because it’ll cost the team $1M more per season than they’d be comfortable with. Am I the only one who thinks that’s a bit ridiculous?

Are there questions? Of course. But In his first year with the Sabres, Skinner displayed a knack for finding the back of the net. It didn’t matter where he was on the ice when the Sabres needed a goal, Skinner was the guy that stepped up more than any of his other teammates.

Letting Skinner walk would’ve left the Sabres with a Grand Canyon-sized hole to fill in their lineup. Over the years the Sabres have had a hard time acquiring and drafting players who can put the puck in the net. They finally found one and some fans are concerned that the deal is $1M or $2M more per season than they would’ve liked. To keep good players it costs money and with a cap hit that’s growing every year, getting this done should allow the Sabres to start focusing on adding other players to the roster.